Stinque
Home Latest Comments Log in
If it smells, we’re on it.
Stinque
Lovely day for a Perp Walk.
Language is a Virus 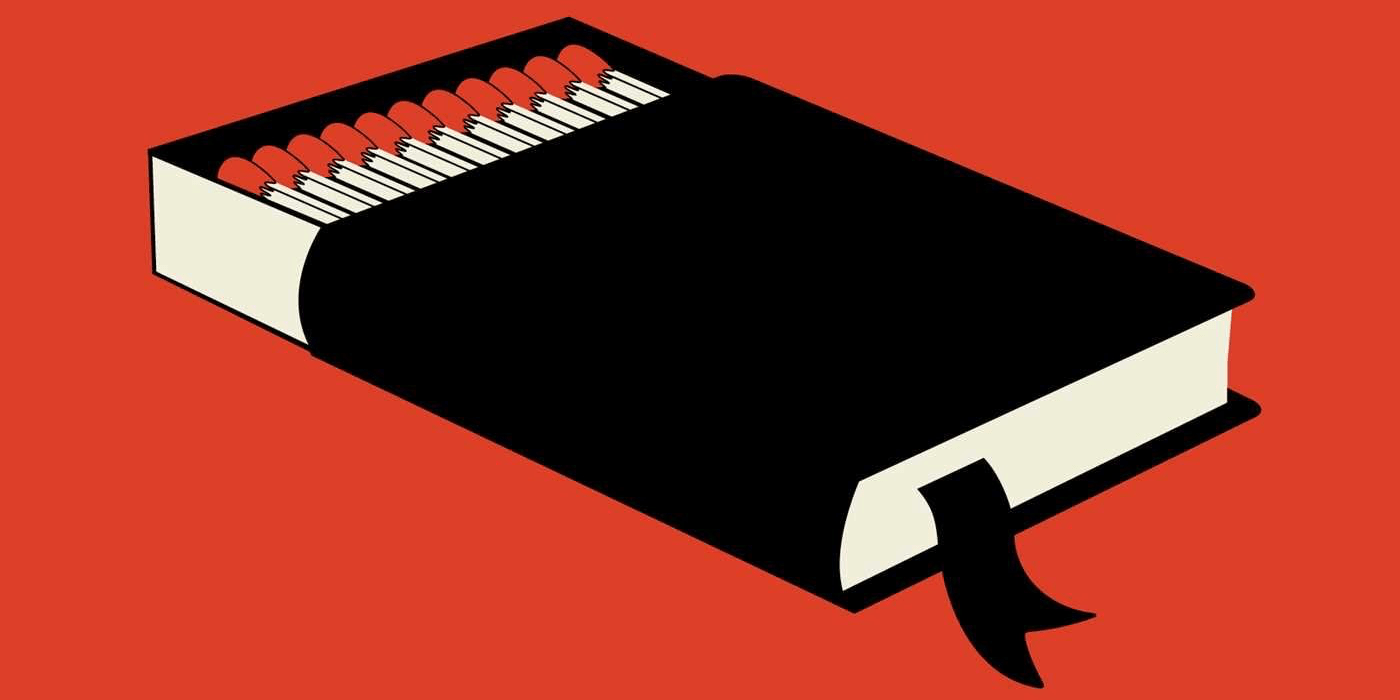 All we remember from high-school history is Johnny Tremain.

There must have been more, since we always got all A’s except for the infernal C in P.E. We must have done the reading, wrote the papers, passed the tests.

Same with college, really. We kinda remember that year of English history, and we got a B.A. so it’s not like we spent our campus days pithing frogs or whatever, but none of that stuck, either.

All that formal education, nothing to show for it. Except the knowledge how to navigate arcane bureaucracies. That we remember. The class-registration game is afoot!

What we do know about history, we picked up after college: We read a ton of books. Armloads at a time. We’d trek to Powell’s in Portland — four-hour round trip — and roamed the aisles, cracking open covers, seeing what caught our curiosity.

We devoured books. Well-stocked mind, and all that.

Which isn’t to say we’re not concerned by all the book-banning going on. It’s a bad thing, truly. But it reveals a view of formal education that we’re not sure reflects the reality, that if you limit what’s available to young minds you’ll constrain them, as if those same young minds don’t also have available television, the Internet, the schoolyard…

Look, if you really wanna know about American history — as we did, and not just the canned version — it’s out there, and even more accessible than it was to us at the time. And if you’re not interested, no amount of spoonfeeding is gonna help, even sixteen years of it. We learn what we wanna know, what we need to know, and the rest gets trashed.

Human nature is something these people don’t understand, but that ain’t news.

This all comes to mind because of, well, Vladimir Putin.

Besides all the other shit going down, Russia is excising Ukraine from history, from reality itself. The particular item that sparked this was a Russian publisher removing Ukraine from textbooks, but it’s much broader than that.

American fascists can only dream of the Soviet-style thoroughness at play: News, media, the Internet itself — you’re limited to fearful hushed conversations, and samizdat can’t be far from making a comeback. You still can’t limit human curiosity about the world, but you can do everything in your power to crush it. And a modern nation-state has a lot of power, especially if it can be centralized in a pair of profoundly paranoid hands.

Make no mistake, they are a threat to freedom itself.

And that’s what concerns us, not that kids won’t have access to books they’d forget anyway — and the Brooklyn Public Library has a solution to that — but that this is just one front in a larger war, not a quaint culture war, but a war against human nature itself, the freedom we enjoy to be voraciously curious critters.

They hate us for our freedom, you know. They always have. And they’re never giving up.

I had a much cooler High School history teacher than you did, I guess. He brought in the Avolon Hill game Origins of WWII” and divided the class into the different factions.

Then we played it three times, shuffling players around the factions. Germany started the war twice, Russia once.

It really struck home to us how complex it all actually was.

He also railed about the ‘Corporate Conglomerates’ buying up entertainment companies and how that could affect what we were allowed to hear about the news, and the slant our entertainment would take. Gulf+Western was his bete noir at the time.

@bruce.desertrat: My go-to reference there is Engulf + Devour from Mel Brooks’ Silent Movie.