Stinque
Home Latest Comments Log in
If it smells, we’re on it.
Stinque
America is a Death Cult.
Big Mechanical Things

The Legend of the Forty-Mile Convoy 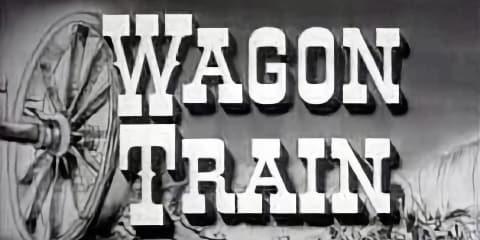 That was our question when a friend posted about it on Facebook. He was worried about an ominous Russian military convoy headed for Kyiv, and that was the first we’d heard about it.

And then another friend posted about it. And we still didn’t know what they were talking about.

But perhaps we should back up. From the start, we’ve been following a couple of English-language news sources on the ground: The defense reporter for the Kyiv Independent, and the outlet itself. (We also have a Ukrainian immigrant friend who’s been following events in three languages, but he has his own preoccupations right now.)

Working journalists who know their turf. We could use a few more of those stateside, but that’s another story.

They hadn’t mentioned the forty-mile convoy, which is why we were confused. It sounded dire, the way our friends were talking about it. But maybe the folks on the ground had their hands full covering all the bombing. Although there was that Chechen convoy that had their attention. You know, the Death Squad one.

Or maybe it was by this point — it was still early last week — the Russian ground game had already proven less than spectacular. The Ukrainian tractor pulls hadn’t yet become a meme, but the rolling stock wasn’t really rolling that well. And the fighters atop those wheels hadn’t seemed up for much fighting, perhaps because — something else already known — many were young conscripts who hadn’t been well-prepared for what they were getting into.

Plus, as everyone knew in the first few days, Ukrainians weren’t just gonna give up without a fight.

But still, our friends — our American friends — were certain that forty-mile convoy was trouble. Even if they were the only ones talking about it.

And here, perhaps, we should mention an important detail:

But our friends do.

It’s not like the forty-mile convoy didn’t exist — it certainly did — but our friends were giving it much more emphasis than seemed merited, at least by the folks whose lives were actually at stake, who weren’t talking about it at all. (And certainly could have — they were forwarding reports from other news services in the course of their own work.)

And it’s not like cable news made it up — they’re wired into the Pentagon, y’know. This is Showtime! for them. Wall-to-wall coverage! Inappropriate commercial breaks!

And therein lies the problem:

There just isn’t that much news.

But you just have to keep yammering anyway.

And a forty-mile Russian convoy inching toward Kyiv is something to yammer about. Let’s check in on its progress! Light up the wall map!

You don’t need to be cynical about the news business to understand this. It’s the nature of the medium: If you have hours and hours to fill, you gotta fill them with something. Endless time is your nemesis.

Which is why we don’t watch cable news: It makes you stupid that way, polluting your mind with narratives that distort the story. It just can’t help it.

Oh, and the convoy? Stalled out. Bad supply lines, y’know, and rotting tires, and really, you just have to disable a few vehicles in front to jam the rest behind them. Let those tractors do the rest.

40 mile convoy of what?
40 miles of supplies?
40 miles of armored vehicles and armored personnel carriers full of Chechen assassins?
Or is it just a traffic jam from hell that could be made worse if Ukrainian Migs dropped cluster munitions at the head and rear of the convoy?
Not sure.

The idea behind the threat of the 40 mile convoy was that Putin’s generals sent in the B-Team first to probe the Ukrainian defenses and was now bringing up his A Team t0 drop the armored hammer/sickle on the Ukrainians instead of the muddled clusterfuck that is going on right now.

@ManchuCandidate: I saw one suggestion that it was really a bunch of smaller convoys huddled together for warmth, which I haven’t seen confirmed, but fits my understanding of the situation.

@jaycubed: Sounds vaguely familiar, but all I can find are many Kuwait convoy stories over twenty years, so who knows which one I’m fleetingly reminded of.

I stopped watching any cable news about 3 years ago for this very reason: most days, five minutes of news; 24 hours of endless yap. I don’t care if he is one of my people, Steve Kornaki needs to STFU. As do they all.

If you have a working computer you pretty much can’t escape what’s going on. Unfortunately. To my great surprise, I’ve recently discovered the reason for twitter to exist and have been following Josh Marshall’s excellent Ukraine feed.

I’m now reading the Stoics. It seems the time is right. Having found Seneca stimulating I’m about to crack Epictetus’ opus, Suck it up, Buttercup. Likely followed by his Get a Life, Princess! I also have Cicero’s essential How to Geezer in my queue. And also too, I don’t do motherfucking Netflix. So don’t ask me if I watch The Crown or I will get LIKE THAT. Pro tip: if you haven’t seen it do watch Diana. I had to watch (some of ) it because of a friend. It is the unintentionally funniest thing I’ve seen since Staying Alive.

@nojo:
I was referring to the convoy of Iraqi vehicles incinerated while abandoning Kuwait City loaded with loot.

@jaycubed: Ah. Much of my memories of those long years are a blur, starting with Scud Studs.

And, the cable-news convoy is no more.

“We believed there’d never be any consequences for buying all of these gas guzzlin’ SUVs!!!”

Oh gosh, it sure would be terrible if Pooty decided to release all the kompromat he has on Ex-Prezinazi AntiChrist and Congressional GOPnazis.

This satisfies my fascination with the American fascination. Not just the nature of the convoy — Surprise! Supplies! — but the consequences of it not reaching its destination. Those troops on the ground aren’t exactly stocked for a long haul.

For years I’ve gotten by with listening to the prior evening’s News Hour but on podcast, and usually while I’m using a razor on my head and face. When I adopted Twitter back in the early 00’s I had great hopes for it as an aggregator for news on Sport, current events and pop music. It’s only sometime that for me, and I’m once again weaning myself off FB because, well, without FarmVille what’s the point?

Haven’t watched television news with any devotion since, well, John Chancellor, and I could barely look at even a front page for six months after quitting reporting. Sure, CNN for breaking stuff, but after I cut cable eight or ten years back, that went away.

I actually still like Twitter as a kind of digest, but that depends on whom you follow and what gets passed along. (And right now, following the Kyiv Independent and its defense reporter is invaluable to my understanding.)

And Facebook? For amusement only. I really don’t have anything to “share”, but I have fun there.