From a work in progress:

The year is 1984. At this point in the story Arnie is 60. A New Yorker who has moved to L.A. He works as an agent. He has come to the city to help Sam as his lover dies. When Jimmy is dead and the body taken away, Arnie goes back to his hotel to sleep. Sam is the great love of his life: 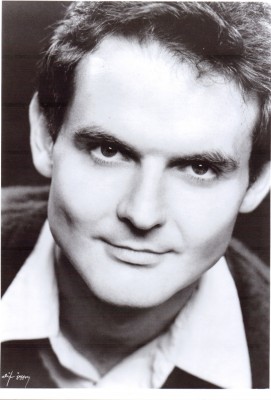 Out on 57th Street Arnie was swept up by the flood of people in holiday mood heading east toward 7th Avenue where they would join the annual Pride March that kicked off later from Central Park South.

For the noon start, participants had been assembling since early morning, with individual contingents forming on side streets off 7th Avenue preparing to take their allotted place in the march down Manhattan to Sheridan Square, site of the Stonewall Inn where it all began—and which was now a shop that sold decorative objects made of wood, both useful and not.

Since it was a fine morning at the end of June he reckoned that walking a few blocks to the hotel wasn’t necessarily a hardship. Didn’t make him part of any movement. So many kids on the street! Everyone so happy! All out in the sunshine. So different from how it was when he was in his 20s soon after the war when, if you knew what was good for you, you kept your mouth shut and your life hidden. He’d never been a joiner of causes, didn’t believe in politics, couldn’t remember the last time he’d voted. But now, caught up in this joyous crowd—men, women, young, old, in-your-face, Young Republican—he found himself regretting his lack of connection. A whole new world had come into being when he wasn’t paying attention. Should he be jealous he wasn’t young now? Would he have loved Sam more? Would his life have been better? Or only different? If he hadn’t met Sam—if he hadn’t agreed against his better judgement to a date with a man from Scarsdale with a wife and children—if he hadn’t pushed that column—if he hadn’t smashed that vase—

Waiting for its cue, a marching band was rehearsing a brassy disco-march arrangement of Native New Yorker. Out in front a young man, very slender and blond, in tight pants and a sequined shirt, was twirling a baton about his body, the golden rod catching light, enclosing him in its orbit, then flashing out in front of him as he twirled it in time to the band’s blaring beat. Without warning he threw the baton high in the air above him, impossibly high, flashing, rising end over end it seemed to hang before sinking back down to the street where the young man reached his arms upwards as if to catch it only to turn at the last minute—Arnie was holding his breath—to catch it behind his back and spin, whirling it like a propeller. Everyone watching applauded. Turning aside, Arnie found himself where he expected to find Dinofer’s familiar display of luxury leather goods. Instead, in the plate glass he saw reflected back a man whose anguished internal face was breaking through a mask of professional calm. Behind him snare drums burst into a sizzling vamp, setting the pace as the band stepped out, ardent as gaudy, on their way to the corner and the March, leaving him behind.

Understanding how much had been lost he found himself in tears.

You handsome devil, you.