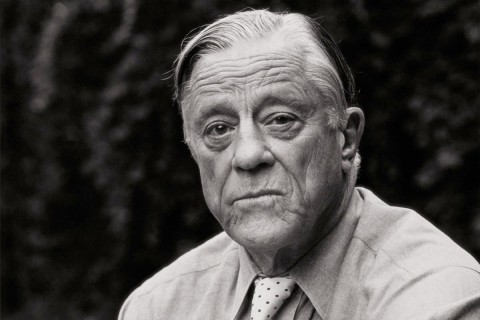 The paper hasn’t been the same since Nancy Marchand died.

@Benedick: Nancy Marchand played a doppelganger of WaPo owner Katherine Graham on Lou Grant in the late ’70s. If you really must know how my mind works.

Ever since seeing All the President’s Men I’ve always imagined Ben Bradlee looking and sounding exactly like Jason Robards. Funny how associations like that stick with you.
Tony and Michael on PTI both think very highly of Mr. Bradlee.

@Dave H: I lean more toward Mason Adams (see above…), but I may have been the only J-school freshman in 1977 who wasn’t swooning over the movie.

@¡Andrew!:
PM Harkonen would never try to use this incident to his political advantage.

And people wonder why I’m cynical.

@Dave H: I had to look up TPI!
Ben and staff plus the Watergate Committee made the 70’s the best reality show ever.

Of course, Ottawa lone gunman may have had mental issues.

@BobCens: You might enjoy “Nixon’s the One” on YouTube. Harry Shearer and friends reenact selected sections of the Tapes in an Oval Office set.

One episode posted so far, five more (I think) to come. Whoever does Kissinger nails it.

How the hell do those Ebola doctors and nurses have time to lead such active lives that they put hundreds at risk?? It’s never “oh she drank herself to sleep in front of Netflix again and exposed no one to the virus.” Sheesh.

This is one of the cutest coming out stories I’ve ever read:

(Robbie) began dating his first boyfriend – a “classmate,” as far as his mother knew – and when the relationship ended, Robbie says, he was heartbroken. Crying, he called a friend, who drove him home.

When he walked in the door, Robbie says, he found his mother watching the birds, wearing her Seahawks jersey, and shouting at the TV.

“And I walk in just crying and she just stops everything, literally goes into mama bear mode, ‘What happened? Are you okay? What’s going on?’ Hugs me, hugs me, hugs me.

“She’s like, ‘Oh, honey, honey, that’s fine, but can we just wait till commercial?’

They watched the game together until the next commercial. When the commercial break began, Robbie’s mom asked him why he was crying, and he explained he had gotten his heart broken by a boy. Her answer was cool, open, loving, and one that could come only from a die-hard Hawks fan. “Oh, honey, she said, “there’s going to be a lot more of that where that came from. Hang on, the game’s back on.”

I’d expect this from Canadian hockey fans instead of US sport ; )

@nojo: Thanks for the Shearer tip – – I’m always blown away what’s available on youtube and other sites for FREE! I’ve taken vacations all over the world on youtube. Some of my favorites are hiking the Dolomites and Machu Picchu.

@ManchuCandidate: Oh, man. I have a Sally Quinn story. It was told by her brother at a Native bar dinner where he won an award. I remember thinking that the story made her come off like a pretentious douche but, for the life of me, I can’t recall what he said now.

@TJ/ Jamie Sommers /TJ: Quote of his told to me by Mrs RML: “Don’t piss off the Class A owners.”