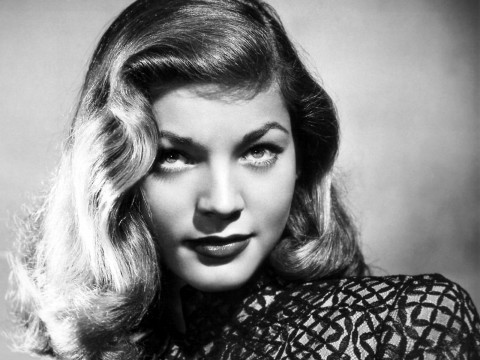 This day is just weird ….

I’m scared to fire up the computer tomorrow morning for # 3.

Truly a great dame and a Grande Dame.

I think Senator Dude would add so much to the U.S. Senate. Can you imagine him debating Ted Cruz?

@Dodgerblue: Checking Memeorandum — something I generally avoid these days — I’m not seeing any support for the cops among the Usual Suspects. For that matter, I’m not seeing any wingnut chatter about it. In These United States, that’s an improvement.

@Dodgerblue:
What in the fuck? The police in Ferguson needs a housecleaning. Just a fucking mess.

Probably just the beginning thanks to the militarization of the police.

@ManchuCandidate: The police in the entire United States need a housecleaning. They’re just as racist and violent in Seattle and pretty much everywhere else. They shoot first, no questions asked.

@ManchuCandidate: The militarization fetish among local law enforcement is one of the least talked-about side effects of our decade-long misadventure in the Middle East.

@SanFranLefty: All gravy for the weapons industry.

@Dodgerblue: Somebody with better memory than me says Trayvon wasn’t a Polarizing Issue until Obama weighed in.

You can fairly say such considerations shouldn’t matter, but you can also fairly say that six years in, Obama still has to studiously avoid Angry Black Man in public.

Me, I’d like to say Fuck the Bigots, but that’s not the society we (still) live in. Tough call.

@nojo: Obama just Deplored police violence and looting, from his vacation spot in the Vineyard. Pretty weak tea. I’d send in federal troops like Ike did in Mississippi.

@Dodgerblue: Gov. of Missouri has ordered the St. Louis County police involvement (presumably most of weaponry is theirs) to cease, which may indicate he’ll send in the National Guard. I’m sure Obama would rather this be handled at the state level, considering the wingnut explosion that would result from federal involvement, especially just a couple of months before the midterms.

That said, I agree with nojo.

@Dodgerblue: Mississippi was Kennedy in 1962, unless I’m missing a reference.

The President’s decision to send troops to Little Rock was reached at his vacation headquarters in Newport, R.I. It was one of historic importance politically, socially, constitutionally. For the first time since the Reconstruction days that followed the Civil War, the Federal Government was using its ultimate power to compel equal treatment of the Negro in the South.

He said violent defiance of Federal Court orders in Little Rock had done grave harm to “the prestige and influence, and indeed to the safety, of our nation and the world.” He called on the people of Arkansas and the South to “preserve and respect the law even when they disagree with it.”

Jay Nixon — Demrat, MO Guv — ain’t resisting anything, whatever else you might think of his response to date. There’s no legal pretext to send in the Feds.

I’ll grant that Obama’s statements are unsatisfying. Problem is, I can’t be certain that Doing the Right Thing wouldn’t make things worse. Six years in, America still isn’t ready for a Black Preznident.

@nojo: Little Rock, right you are. And a Republican President sticking his neck out for African-Americans. I would tell Gov “Nixon” that he has 24 hours to get the situation calmed down or the Marines are coming to town to take the cops’ toys away.

This is nothing compared to what’s gonna happen when protestors start claiming that corporations aren’t people.

@nojo: As did Oakland. Did not end well.

@Dodgerblue: I thought you especially would appreciate the irony of morbidly obese Ru$h Limbaugh saying Shelley Oh needs to drop a few pounds. Not to mention want to rush to the defense of your FLOTUS goddess crush.

@SanFranLefty: I saw a video of POTUS tonight on Washington Week, hosted by my other crush Gwen Ifill. Dude looks thin and gray, kind of frail. I think he needs a Reagan-style series of vacations.

If them homies in Missouri were armed up like those asshole Nevada militia types, the cops would have shot them on sight.

@redmanlaw: Ain’t it the truth?

It seems disrespectfult to Betty Bacall that now she’s shuffled off her mortal coil her life should become enhaloed. Yes she puckered up and all that crap, and kept her jewishness hidden from notorious anti-Semite Howard Hawks, but she was so much more. She was a legend in NYC where she was known as BOB: aka, Beast of Broadway, a moniker (there’s a word you don’t see much since men stopped wearing spats) bestowed on her by the stagehands working on Woman of the Year in which I thought she was all kinds of fun. As counterbalance, in same show, for the 11 o’clock number (ask a gay man) she sat on a stool at a breakfast counter facing upstage to let veteran trouper Marilyn Cooper (sp?) bring down the house with The Grass is Always Greener, written as a duet but in the performing Bacall turned it into her colleague’s solo, an act of generosity and professional aplomb not often exhibited by stars. A buddy of mine played Eve in the London version of Applause and adored, venerated, and worshipped her. And also, we shared the same singing teacher for a while. And also the same agency, where her apartment at the Dakota was known as Gestapo HQ.

@redmanlaw: The heavily armed, idiotic asshole militia people aren’t demanding to know why we have billionaires.

@Benedick: You should write a book, you know. Several queens and a more than a few theatre majors would buy it.