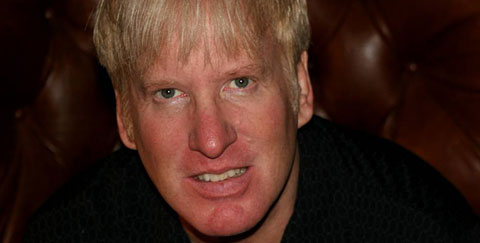 The “Gateway Pundit” is far from alone in rushing to persecute an innocent victim of the Boston Marathon bombing — Hi, Pam! — but his eagerness to visually identify the not-suspect is illustrative:

Let’s run down that post, taking care not to name the poor guy, who’s suffered enough…

And, violating a Cardinal Rule of the Internet, you may actually enjoy reading the comments, at least one of the latest ones: “The ‘metal pipe’ in the Disney photos is actually a kids’ cardboard kaleidoscope.”

I used to do a weekly wingnut roundup – as pig ignorant as most of them are, Hoft takes it a step further and heads straight for dumb.An apology will not be forthcoming.

@blogenfreude: He’s auditioning to be a CNN contributor.

@blogenfreude: I remember the roundup from the other site. I recall initially passing from laughter to depression as I read some of it and realized how serious these folks are and HOW MANY OF THEM ARE OUT THERE.

Meanwhile, reports of a real suspect are leaking out, but nothing confirmed yet.

Caught on tape at the Lord & Taylor, apparently.