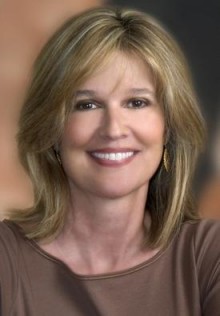 [Gene Sperling] assumed, in other words, that Woodward would not do his job. This was an oversight.

This is no tempest in a teapot but rather the leak in the dike. Drip by drip, the Obama administration has demonstrated its intolerance for dissent and its contempt for any who stray from the White House script. Yes, all administrations are sensitive to criticism, and all push back when such criticism is deemed unfair or inaccurate. But no president since Richard Nixon has demonstrated such overt contempt for the messenger. And, thanks to technological advances in social media, Obama has been able to bypass traditional watchdogs as no other president has.

It’s as if the Bush administration never even happened.

Why the ‘Threat’ on Bob Woodward Matters [WaPo]

Who is this stupid box and why should I care what is squaking out of her hole?

/yes I’ve spent most of the past 24 hours with my dear bitchy queen friends.

It really is tiresome — Woodward crying lèse majesté because he wasn’t treated with the deference he’s become accustomed to. Except that he was, but he has to wave the bloody shirt because losing this point will undermine some equally pointless point he made a week ago.

And all those Young Journalists he’s “protecting” are blowing coffee out their noses at the thought that he has any relevance to them. Bob Woodward ceased being a journalist around the time the movie came out. (So did Bernstein, but he never pretended otherwise.) And if you haven’t had the pleasure of dealing with an Angry Source before you leave college, you’re already behind.

If you want to talk about the Obama Administration playing hardball, sure. Let’s start with Bradley Manning. Or any number of Whistleblowers who have been shut down.

Oh, but those don’t make a very good Cause Célèbre — no Boldface Names. No points to be scored.

And there’s always the existential danger of being meaningful.

@nojo:
I still regret buying Woodward’s books (2 of them) because I realized that he is an ass kisser supreme.

They should be shrieking about Manning, but the wikileaks mess exposed more W admin bullshit than anything and a well known partisan hack like Parker isn’t going to bring up anything like that.

For example, Wikileaks documents showed that W admin officials played Lockheed Martin enforcers to Norway and Netherlands when they were thinking about pulling out of the biggest boondoggle F-35.

It is amazing to me that this became a story and in the end Woodward and his defenders just looked silly. But while the net went crazy with this story last week, relatively few have given much coverage to the Obama administrations excessive secrecy and their war on whistle blowers. How long are we going to accept “not as bad as Bush” as a justification for this administration? That’s a pretty low bar and in some areas, the administration doesn’t even make it over that.

@nojo: “Bob Woodward ceased being a journalist around the time the movie came out. (So did Bernstein, but he never pretended otherwise.) And if you haven’t had the pleasure of dealing with an Angry Source before you leave college, you’re already behind.”

Heh heh heh. Let’s take a walk down memory lane. I had the pleasure as a college senior graduating with a journalism degree of interviewing with Mr. Bernstein for the exalted position of being his personal assistant on call for a whopping $19 K a year. (The NYT article about people in Manhattan looking for 22-22-22s (i.e. 22 year olds working 22 hours a day for $22K) brought back memories.) My major adviser (a female, who introduced me to the person and the written work of Nora Ephron) and two favorite profs (both crusty old white men – FSM bless them – who worked with W&B at WaPo back in the day) told me the best thing I could do with my life would be to go to grad school and run fast away and not take the job offer. I’ve never regretted or second guessed taking their advice, for no other reason than the best friends I’ve ever made (next to Stinquers) were in grad school.

@SanFranLefty: It must have been Spy that introduced me to Carl the Party Animal. I duly snickered at the time, but in retrospect, why the fuck not?