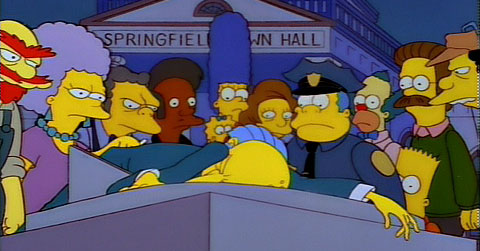 “Mr. Romney’s team has concluded that debates are about creating moments and has equipped him with a series of zingers that he has memorized and has been practicing on aides since August.” —NYT

Before Debate, Tough Crowds at the Practice [NYT]

People with no sense of humor or comedic timing shouldn’t do “zingers.”

This is very hard to pull off. As the actress said to the bishop.

I’d suggest that he hires Joan Rivers or Chris Rock as a proxy. I’m cringing already at the thought of Romney getting wild and crazy. Practicing since August: how spontaneous.

I’m really surprised by this, even at this late date. I had no idea that he was so provincial.

Psst. Kolob is a planet. Okay, it’s not a real planet, but still. Elohim (Adam-God) might get someone. Mormons are Jews, BTW.

The JDubs are using the USPS now. There’s some week-long revival type thing coming up. They’re going to explain the bibble’s prophecies. It’s free, so I might go for the lulz.

@I’m passing for white: I know. I just like baiting Gen. Christian. Also, I like how it sounds.

@nojo: Does he swing by? Not sure if he’s MoNoMo or NeverMo, but he is in friggin’ Odgen or Orem or something. I feel for the dude.

And, from the sound of it, MoNoMo. He’s too preoccupied with it to be NeverMo.