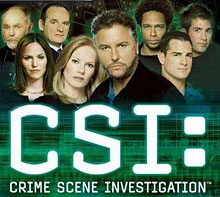 He also detailed plans for Senate and House races, and joked, “We should sink Todd Akin. If he’s found mysteriously murdered, don’t look for my whereabouts!”

“Given the current FBI investigation of threats against Congressman Akin and calls for acts of violence and rape against his family and staff, joking as to the potential murder of Congressman Akin is deeply disturbing,” Akin’s congressional press secretary Steve Taylor said in a statement Friday. “I am certain he misspoke.”

So I’m not surprised. With one bonedheaded and idiotic assholish (and probably truthful especially about the views of the anti-abortion he-man woman hater’s faction of the GOPers) statement, Todd Akin made several billion dollars in wingnut bajillionaire donations useless/worthless.

@ManchuCandidate: The part I love is how Republicans collectively keep stepping on rakes. Tired of Mitt’s taxes? Here’s Todd! Todd played out? Mr. Eastwood, we’re ready for your close-up.

And none of this is going away. Republicans have given us a deep bench of things to mock this fall.

Why do you think those are negative events? The bug-eyed, foaming base loves it. Yeah, keep ya fucking money, fuck ’em all, fuck the commies who want to give your money away to scum-sucking welfare fucks! Right on, Todd, rape is God’s will! Rape is a sacrament! Right on, Clint, shoot, just shoot the fucker!

Just saw Dick Armey – tanned to within an inch of his life with implants belonging to the Mayan flesh-eating gods of whiteness, and the kind of scalp plugs that signal ‘come to daddy’ to 20something beauty queens who want to have threesomes on the 23rd floor of the Dallas Ritz – quite clearly shit-faced on Hardball. True he never makes sense but just now he couldn’t make words. Numb tongue? Say: Obama! Armey: Obamamiharmiwhonee.

As the bishop said to the actress: I know shitfaced when I see it.

@Benedick:
He’s got reason to drink. And I hope he gets plenty more reasons to drown his sorrows.

Is the convention over? Is it safe to finally leave my undisclosed location and watch something besides the Weather Channel? Speaking of which we’re waiting for the remnants of Isaac to turn the holiday weekend into a soggy mess. I’m sure the dead shrubbery will appreciate the precipitation it so desperately needed about two months ago.
What’s Benedick got against spaghetti westerns? My favorite “Once Upon a Time in the West” is widely regarded as a classic.

@Benedick: You have the address of that hotel handy?

@Dave H
My favorite “Once Upon a Time in the West” is widely regarded as a classic.

Also a fave of mine, and Sergio Leone didn’t let Clint Eastwood anywhere near it.

@RevZafod: From what I have read online (so it has to be true) Leone wanted the title characters from “The Good, the Bad and the Ugly” to play the three men Frank sent to meet Harmonica at the very beginning of “Once Upon a Time”. Eastwood apparently felt his new star status could be jeopardized by playing a bad guy and dying quickly so he turned it down.

@SanFranLefty: I have not. Thank you so much for the link. This will make a perfect gift for one of my sons-in-law, a percussionist who adores the cello. I’m still enjoying the Goat Rodeo video, which I recorded from PBS (thank you very much PBS).
You Stinquers pretty much know everything when it comes to the arts. I’m privileged to participate (didn’t the actress say that to the bishop?).

@Dave H: I just think they’re terribly boring. And all the posturing and atrocious acting gives me the giggles. I’m not keen on westerns as a genre. I can’t ever find myself caring much if the cattle get to Abilene or not. The exception for me is The Big Country (speaking of great movie music. Jerome Moross, yes no?) which is sensational on all counts. Even Gregory Peck is kind of exciting.

I think Eastwood is single-handedly responsible for the current fashion of whispering in American movies: the bigger the star the less likely you are to be able to hear what the hell he’s saying.