Stinque
Home Latest Comments Log in
If it smells, we’re on it.
Stinque
Assholes, they do vex us.
Crazy Talk

Beauty is Only Skin Deep 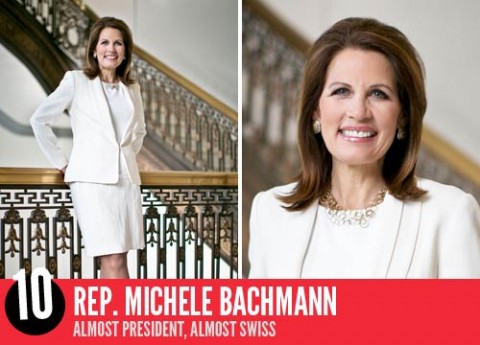 [The Hill’s 50 Most Beautiful People]

HT for story and headline – Mellbell

Hey, guys. Back from an RML family vacation that included a stop at Cynica’s legendary Cocktail Corner.

I didn’t take a laptop or tablet, and stinque is a pain in the ass to read and comment on with a Blackberry, so I’m just catching up now.

Washington is Hollywood for ugly people.

@redmanlaw: Ms Cynica is a pain in the ass?

Mr Cynica is cool. Son of RML liked him a lot. We’re hoping to see the Cyns more in the future.

@Benedick: Darling, have I not already established to your satisfaction that I am a pain in the ass? Must. Try. Harder.

@redmanlaw: Hope to head your way sometime, maybe next summer.

@Mistress Cynica: You know I adore you. That baked woman commandeers my keyboard and makes me type pug unfriendly trash. Pugs love kittens. (they’re not so keen on bunnies: just saying) They would kiss them and romp in the streams with them.

As to pain in the ass…? I’m still working on the silver straws from Tiffany’s. That’s just about the most impressive detail I ever read about anything ever.

@ManchuCandidate: I have to go with the Frank Zappa classic.

@Walking Still: My newspaper/random neighborhood hippie band I threw together for a party covered that one.

What I want to see is a list of the 100 dumbest people on Capitol Hill. Bachmann would be right up there w/ Gohmert and Foxx. Fucking lunatics.

@redmanlaw: It’s a folk song for the age of celebrity.

Anybody else catch the president’s speech to the Urban League convention tonight? From what I could see only MSNBC carried it, and this most liberal of all cable networks kept cutting away from the speech for the all-important commercials. We’ll see if Obama is allowed to speak during the televised debates or if Mitt does a one man show for the viewers.
Ed Schultz’s wife was just diagnosed with ovarian cancer and he won’t be on MSNBC for a while.

Pareene hits the nail on the head.

@Dave H: Caught some of O’s Urban League speech. They ought to use some of this stuff rather than the canned commercials that are running (in FL). I am so tired of the awful one with Romney singing in the background.
That’s sad news about Ed’s wife. He will be sorely missed on MSNBC.

@BobCens: I caught some of it while zoning in and out on the living room recliner. The most he could say and still have a chance at reelection was that “gun violence* is too damn high” and :

“I, like most Americans, believe that the Second Amendment guarantees an individual the right to bear arms,” President Obama said at the National Urban League convention in New Orleans. “I think we recognize the traditions of gun ownership that passed on from generation to generation. That hunting and shooting are a cherished national heritage.”

“But I also believe that a lot of gun owners would agree that AK-47s ** belong in the hands of soldiers, not in the hands of criminals. That they belong on the battlefield of war, not on the streets of our cities,” Obama said Wednesday night.” I could tell that he was dying to say “and we need to ban those goddamn things.”

The Christian Science Monitor has an article up saying that gun sales spike not only because people want to arm up for protection, but because they fear gun control. I bought my 15 round Glock 19 9mm pistol early in the administration when Holder said high capacity magazines need to be banned. I can speak from personal experience that it took almost two years from the 2008 convention for panic-induced shortages of ammo and reloading supplies to go away. Minimum prices for AKs and quality ARs went up about a $200. Almost every gun shop I went to had a picture of Obama up with the caption “Our No. 1 Salesman.”

Limitations on gun ownership only for hunting are kind of bullshit because hunting licenses are actually hard to come by. I drew an elk permit last year (didn’t even see anything but had a blast on the trip) but did not draw for any of the four hunts I put in for this year (three deer and one antelope). Fortunately I can still hunt a friend’s ranch and the ol’ rez back home, but almost any other dude would be limited to going to the range only this year with the hunting rifle(s).

* by assholes and crazy people. I’ve had my own guns since high school and have not kilt anyone. Confiscation of the RML arsenal and ammo stash will not reduce gun vilence one bit.

** The AK 47 has been superseded by the AK-74. One of my clients in Montana got her deer with an AK (the one I have been pictured with on FB). I would not mind having an AR platform rifle in .308 once I actually get a deer and elk with my vintage Savage Model 99 in .308. (I also have one chambered for the classic .250-3000 round suitable for big game up to mule deer.)

@redmanlaw: We can all quit worrying about out-of-control gun violence, because Mr. Fix-It Romney has the solution: “Changing the heart of the American people may well be what’s essential, to improve the lots of the American people.” Never mind that the first part is utter drivel and the second would scarcely be helped by a Romney administration. Romney 2012!

@mellbell: My neighbor’s grandson is coming over to shoot pellet guns this afternoon. His dad brought it up when we were staying with them up in the Great Northwest over the weekend.

@redmanlaw: I can’t hear mention of pellet guns without thinking of Men at Work.

@redmanlaw: We’ve had a couple of “stand your ground/don’t set foot on my property” shootings in my area of FL. Having a “machine” that kills with the press of a button is scary. Couple that with TV/Movie violence and you have an explosive mix for some people. If the deer and elk ever get gun rights, watch out!

@BobCens: Deer don’t need no pinche guns to fuck you up.