Stinque
Home Latest Comments Log in
If it smells, we’re on it.
Stinque
America is a Death Cult.
Pale Fire

I Didn’t Ask You for Any Lip 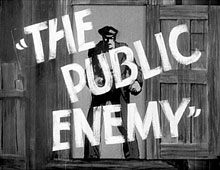 We’ve been ignoring the police-station video of George Zimmerman, because it’s wayyyyyy too easy to read into it what you want to, and we don’t think the images support any definitive conclusions.

We’re more interested in the visit police paid to Trayvon Martin’s dad two days later, and his account of how they explained the shooting to him:

Trayvon Martin appeared from behind a building in Zimmerman’s gated community, approached him and demanded, “What’s your problem, homie?”

When Zimmerman replied that he didn’t have a problem, Martin said, “You do now.” The unarmed teenager hit Zimmerman, knocked him to the ground, pinned him down and told him to “shut the fuck up.”

During the beating, Zimmerman pulled his gun and fired one shot at close range into Martin’s chest. “You got me,” the teenager said, falling backward.

Bear in mind the degrees of separation here: Trayvon’s dad recalling a police account of George Zimmerman’s account of the shooting itself. We’re not entering it into the record until we see a transcript of the interrogation itself.

But still: You got me? When did this turn into a Jimmy Cagney movie?

Narrative is the curse of humankind. Everything magically becomes a story, and at that point it becomes fiction by definition.

I disagree about the police footage. That guy didn’t have a mark in him after fighting for his life? That’s a story I DON’T believe.

@Tommmcatt Wears A Hoodie Daily: Zimmerman was attended by medics at the scene. Then he was stuffed into a patrol car. Then the patrol car drove to the station. Then Zimmerman got out. And then we see him.

It’s easy to watch the footage and think, “He doesn’t look like someone who survived a fight and shot the dude.” But it’s just as easy to think, “The medics did a good job.”

Okay, fine, but where’s the blood on his shirt? Wasn’t that the cleanest nosebleed on record? Maybe. But we don’t know. The police report describes a nosebleed, blood on the back of his head, and wet grass down his back. It doesn’t describe anything else.

Also, the video appears to be standard-def interlaced footage, taken from the corners of the room, and then reshot off a monitor for broadcast. We’re not seeing a lot of detail, and we’re watching something a generation removed.

The video doesn’t help Zimmerman’s case. But it’s short of damning. I’m just not comfy hanging him with it.

If you’d like to play the home game, the original police-station video is now online, including six or seven cams not seen in the ABC story. All in glorious interlaced standard-definition.

Why doesn’t the time change on any of the camera clocks? The YouTube thing goes past 1:24, but the police cam is stuck at 19:52 on the first clip.

And WHY did it take the police TWO DAYS to tell Trayvon’s father. TWO DAYS?

I forget, was Tryvon a Capulet or a Montague?

“That bullet — it was a dagger through my heart!”

I can’t find the sunrise/sunset chart for Sanford, FL, but I’m seeing accounts that it was near sunset. It takes the sky some time to darken after the sunset, that’s why we call it “dusk,” right?

I have no trouble speculating on this whole shebang.

I find it hard to believe that Zimmerman was out on patrol. I’ll bet you dollars to doughnuts that he saw Trayvon at some point and was keeping an “eye” in him. Bet money on it. How far does Zimmerman live from the Martin home? Gated community with how many units and streets?

I’ll see if I can pull up a Google satellite pic, but really…

Don’t be caught on the White Shore after sundown.

I am engaged in a flight from reality. So far it’s going very well.

Last night a bear got into the beautiful old contorted crack willow outside the dining room trying to get the bird feeders. The tree’s a wreck but the poetic and hot tree guy thinks he can do something with props that might look kind of cool.

Luckily, the dogs all slept through the incident.

The daffodils are looking very beautiful. And I’ve been eating shad roe.

NY Stinque: what’s the name of that old-fashioned apartment house on the south side of 57th between 8th and 9th? It’s driving me crazy.

@Lost in the Negative Space: The shooting happened at about 7:15 pm local time.

@nojo: Oh! Christian Science Monitor says that Zimmerman’s atty says Martin broke Zimmerman’s nose. There would be a shitton of blood and bandages if that’s true. The nose is a very vascular thing.

@Benedick: How’s Carbon Offset Willow? Tell them I don’t want to go all Timothy Treadwell on their asses. Wait…

@nojo: Okay — so let’s see if someone named the development…

@Lost in the Negative Space: And the funeral director who handled Trayvon’s body doesn’t recall anything indicating a fight.

And one detective says he was ready to charge manslaughter that night, but was overruled by the state attorney.

It certainly doesn’t look good for Zimmerman. But I don’t want to get ahead of what facts can be mustered.

And stand by for the riot.

@nojo: The morgue would have x-rayed Trayvon’s hand if it looked like he’d punched someone. (Been there. Done that.)

@nojo: The state attorney? Not the DA? How did it jump up the chain so quickly?

@Lost in the Negative Space: Well, at least Spike got around to apologizing for tweeting the wrong home address for Zimmerman twice.

But I do worry about the riot. The new investigation needs to be very clear about the evidence, and the reasoning for pursuing or not pursuing a case. And even then, it may already be too late.

@Lost in the Negative Space: I don’t have time to chase it down right now, but it might be the structure of Florida law enforcement — the state attorney may be the equivalent of a DA elsewhere. Presuming I recall “state attorney” correctly.

@Lost in the Negative Space: Check the local paper for sunset/sunrise times for Sanford, and for the weather.

The police report had an address that you could use for a google map and a street view.

I agree with Nojo that state attorney = DA. The state attorney looks like all kindsa local GOP hack – appointment by Bush to this and that, etc. Ironically, his office runs a program called Operation Cease Fire.

@nojo: Ah — there are different state attorneys for different districts, kinda like DAs. This dude is from Philly. http://sa18.state.fl.us/nwbio.htm Fucking snow bird.

And, yes, there will be riots. We’re past that point.

The Space Coast? Ghost to ghost.

@Lost in the Negative Space: Some commenters on gun blogs are praying for riots so they gets to shoot them some people.

“But honestly I’d be VERY impressed with an angry mob that could eat 20 rounds of NATO hardball (that way you not only shoot the angry bastard trespassing on your property, but the angry bastard BEHIND them) and see me flick that spent mag free with the fresh one JUST LIKE IN CALL OF DUTY OMFG!!! (No, not because that’s how the video games roll, but its a VERY efficient way to reload an FAL) and NOT pick another house to fuck with.”

“If riots happen, I can only hope that once again I am far enough from the epicenter that there won’t be any violence in my neighborhood. Going to visit the gun shop for some extra ammo this evening just in case. Don’t get me wrong, rioters are allowed on the street, hell they can even walk through my yard if they want (I don’t care), but the minute they bust into my house or threaten my family, they will find out what Castle Doctrine/Stand Your Ground really mean.”

@redmanlaw: I believe it. Here’s the deal: It’s going to be nationwide.

@redmanlaw: Jaysus. Well, here’s the thing: Brown Folk in The South know better than to fuck with Whitey. It’s the Brown Folk in The Cities that will sympathy riot. So all those dumbasses waiting for folks to lose their shit in Florida? Maybe Jacksonville. Maaaaybe Atlanta, GA, and Maaaybe Baltimore, MD. Not sure about New Orleans, but that’s it.

Under Florida law, e-mail addresses are public records. If you do not want your e-mail address released in response to a public-records request, do not send electronic mail to this entity. Instead, contact this office by phone or in writing.

Caught a little bit of Headline News at the gym tonight. One of the guests, in response to a question about whether there may have been an element of racial animus to the killing, said that “petite, soft-spoken” people (the implication being that Zimmerman is such a person) grow up in fear and therefore have reason to be racist. What. The. Fuck.

@Lost in the Negative Space: How boring would Obama be during mass riots though? He’d be all:

I understand. I understand you are all upset. I am upset as well. But even in the depths … The depths of… of this disappointment, I remember. We… must remember that this is a nation of laws. There is a rule of law. Upset as we are, in order for this to BE a nation of laws, we must obey them. I am asking you please, tonight, to obey them.

It would be as mealy-mouthed as that. Totally.

Still my BPFL, but he would be like that.

@Tommmcatt Wears A Hoodie Daily: I guess having a beer with Zimmerman and Trayvon’s corpse is out of the question.

@nojo: Oh, it would have to be cokes and a basketball game. Trevon was underage when he was killed, after all.

@Tommmcatt Wears A Hoodie Daily: Does your hoodie match your assless chaps? I’m assuming you have matching sets, but only pictures will convince me.

Welcome to gallows humor. I know it serves some sort of psychological purpose, but I wish we didn’t have need for it.

@LynnLightFoot<3: I'm watching the Svvveeedish version of The Girl with the Dragon Tattoo and taking mental breaks as needed. I think you recommended the remake. C’est vrai?