Stinque
Home Latest Comments Log in
If it smells, we’re on it.
Stinque
America is a Death Cult.
First World Problems 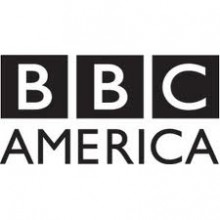 Last month, the BBC released Frozen Planet, its much-anticipated follow-up to the Planet Earth series. The new seven-part documentary explores life in the Arctic and Antarctic, including an entire episode on the dangers posed by humans and global warming.

However, viewers in the United States will not see that final episode because the BBC believed it would not play well abroad.

So now the Brits think we’re too stupid for their programmes? And this part kills me:

The Discovery Channel, which will broadcast the series in the U.S., claimed it “only had slots for six episodes,” preventing an extended discussion on the effects of climate change. The BBC also justified the move by claiming that Sir David Attenborough, the iconic British voice of many nature documentaries, was not well known enough to justify the episode, which features the Brit talking at length to the camera.

I have known who David Attenborough was since I was in high school. Are they fucking kidding?

And sorry but as an observer of US America for 30+ years… a reluctant yes… when many folks firmly believe that it is their god given right to drive around in the biggest gas guzzler ever.

@ManchuCandidate: none of the once intelligent channels are. A&E sold out first. history rarely shows history anymore. we are flooded with pawnshops, storage pickers, morons killing themselves for peanuts working shitty jobs like ice road truckers, fools on freezing fishing boats (work the palins won’t do anymore), teabaggers mining for gold, swamp creatures, loggers and hoggers. all that’s left is murder on investigative discovery and prison shows. i guess that’s coaching up future americans for our only growing industry. half of the future americans will be doing time while the other half guards them. TLC should change it’s name to the dumbing channel. anyone notice how court tv was ok until it changed it’s name to tru tv and never shows anything true?

You did see Disney’s horrendous makeover of Earth! didn’t you? Or the vile US version of March of the Penguins a beauteous account of the inexorableness of evolution done over as the Jetsons complete with nauseating narrative by Morgan Freeman? This isn’t a Beeb choice it’s a Discovery choice. Beeb licensed show to Discovery. Unless they had a clause that it must be broadcast complete and in the correct order the Beeb has nothing to do with how it’s shown here.

In my opinion the only cable channel showing intelligent content is TCM. And that’s fiction.

@jwmcsame:
Spike has prison shows, but no one would ever mistaken Spike for being intelligent.

I really hate the pawn shop shows. I have to keep from grinding my teeth when my housemate watches those stupid shows. He says it is like “Antique Roadshow” but it is more like watching desperate fools sell their family legacy or (more likely) anything not bolted down for money to buy more stupid shit.

TLC sank the farthest. When I first saw TLC over 20 years ago they had a really cool show called “Connections” which showed how history and science were related. Then came Trading Spaces and shows about idiots with babies.

Shorter Beeb: “We didn’t feel like getting death threats and crank phone calls from idiot rednecks”

@ManchuCandidate: Apropos of TLC – Fake TLC promo. I always start giggling at “Dwarf Hoarders”, perhaps because it’s a show I could actually see them doing…

@ManchuCandidate: Connections was one of the most interesting shows I have ever watched. James Burke had a knack for linking the most seemingly unrelated technological advances into the whole of scientific progress. Besides that he had a wicked sense of humor.

Naturally there would be no audience for that kind of nonsense today.

Oh those kids and their Jersey Shores and Facebooks.

T/J Hope Solo was kicked off “Dancing With The Stars.” I thought this had to be a mistake until I saw this outfit: http://www.dailynews.com/news/ci_19350384?source=rss

@Dave H: Connections was great – wish they would do another series. And folks – let’s not forget everything AMC has done (all fiction of course): The Killing, Breaking Bad, Walking Dead, and on and on. Lucky us.

As for myself, Ill be checking in on the “Wednesday Night at the Range” programming block on the Outdoor Channel. Feeling kind of run down. Might head for bed early.

Now the competition is turbo stiff for herculean dick jokes, though the vigorous beating of the rigid rules could lead to a sticky situation. (wont wahh)

Another disturbing trend is the dumbing down of the actual network names. SciFi Channel becomes SyFy. Court TV becomes Tru. Sleuth morphs into Cloo. What’s next? CNN changing their name to NOOZ?

Hey! We didn’t even get the real Harry Potter. Philosopher’s Stone? Er, scratch that for the Yanks, and let’s call it “Sorcerer’s Stone.” Yeah.

@Dave H: I love that show — the older and newer versions.

Dave Attenborough — all they have to do is say his brother was in Jurassic Park, and he’s in!

@JNOV will never finish this fucking sweater!:
True, but Onan has been used by fundies (and Mormoni?) as justification for not spanking the monkey which is why I used that in that context (the original post was about a Xtian HS math teacher getting caught spanking said monkey behind a podium while actually teaching class.)

@ManchuCandidate: connections was awesome. that was what drew me to tlc in the early 90’s. connections went on to make 2 and 3 sequels. connections was one of the best shows of all time to get high and watch. too bad america kicked it’s dumbing down into overdrive about that time. i feel that the dumbing down started when fox started showing married with children and the simpsons. i realize that i hold an unpopular opinion there, but that’s just how it is. it takes a lot to impress, enlighten, or humor me.

lookie what i found:
http://www.youtube.com/user/JamesBurkeWeb

ovation is a good channel on direct tv now. they show later with jools holland
http://ovationtv.com/

current is doing ok but needs more docs and less reruns. the documentary channel is now on direct tv too and is pretty good. check this doc about the drive by truckers i saw the other day:
http://thesecrettoahappyending.com/

@jwmcsame:
I love MWC and the 90s era Simpsons.

You have a point, but I think Cops and the REAL World was more where the downfall started. Cheap shows, big profit and no redeeming features whatsoever.

Was it TLC that aired something called Operation or similarly-titled? The premise was simple: surgeons explained and then performed a procedure, with a brief epilogue updating the viewer on the patient’s recovery. I remember watching that as a child and being absolutely riveted. I’m not sure I could stomach it now.

I presume they’ll reposition the series as “Real Housewives of the Arctic and Antarctic.” This is America and you must pander to the lowest denominator.
The last program could be reshot as an audience participation scheme where the inhabitants could battle to the death for survival of the fittest. Watch those ratings soar.

@ManchuCandidate: i liked cops when it first came out, but soon realized it was white guys busting black guys 99% of the time. the other 1% were the weakest links in the chain that were so pitiful i felt sorry for them. i think michael mooores greatest hit was when he asked the cops producer if he would do a corporate cops show. the producer said only if they could get the corporate crook to rip his shirt off, throw his laptop at the pigs, and then jump threw a window trying to get away. sorry to insult your favorite shows. i’d get pissed off if someone insulted the rockford files.

@jwmcsame:
No apologies necessary. My parents and a lot of my friends don’t get why I loved MWC.

I’d love to see a corprat Cops, but the producer has a point. Unless they show guys in suits crying.

@ManchuCandidate: Because Ed O’Neill is the ish!

@mellbell:
I vaguely remember they did.

@mellbell:
The sad thing is that Ed (or Al) is how a few of my friends view their dadhood.