Stinque
Home Latest Comments Log in
If it smells, we’re on it.
Stinque
Mastodon: @stinque@mas.to
News You Can Abuse 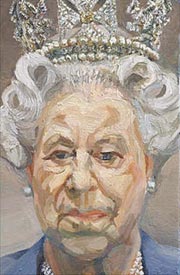 In a stunning new development in the hacking scandal that is engulfing the Murdoch empire and which now threatens to spread to more of Britain’s tabloids, it is revealed in today’s Daily Telegraph that when appearing on the BBC’s long-running Desert Island Discs international TV personality and one-time editor of The News of the World Piers Morgan was referred to by the interviewer as being ‘middle class.’

The BBC has issued an apology, insisting that the script had him listed as being upper-middle, not middle-middle. “It’s all jolly unfortunate,” said spokesman Nigel Brill. “Gosh, no one wants to give the impression that Mr. Morgan’s some kind of grammar-school boy.”

In the tape of the particular programme, the shock is palpable in Mr. Morgan’s voice, shock which no doubt led him to boast about all the hacking going on around him in the office which he did not personally take part in, oversee, or directly witness.

Reached in her Hampstead flat, Margaret Drabble expressed her sympathy, “I want to be very clear,” she said, “that when I admitted I had middle-class friends I was not in any way referring to Mr. Morgan.”

I identify with David Byrne’s description of his upbringing: “upper working class.”

I think my family could best be described as “Fucking Hippie Class”.

Whitebread Middle Class. I’m as bog-standard as you can get.

Delusional Southern “aristocracy.” I love the West. No one cares who your grandfather was.

I don’t think prison will care what class Piers is.

@Mistress Cynica: Even “pioneer” families don’t get special respect. At most, it’s just another interesting fact to know about a person.

@nojo: Unless you are a Donner Party descendent. Then the response is just “Awesome”.

@Tommmcatt Be Fat, And That Be That: Upon reflection, the only Oregon pioneer descendant I can think of is Bob Packwood.

@nojo: Don’t forget Steve Young, 49ers quarterback, and spawn of Brigham Young as western pioneer descendant. I’m sure he’s been disowned by the Mormons after a “No on 8” sign was spotted among the Halloween decorations in his Palo Alto yard in 2008.

@nojo: The Hispanic pioneer families (1540-1848) demand respect from all others, but the Anglos for the most part don’t give a shit. The wealthy whites tend to gravitate to an expat community. We Indians think we came with the landscape and that everyone else is a newcomer.

@SanFranLefty: I went to law school with a Joseph Smith descendent. They may be looking for a way to hack that limb off the family tree.

@redmanlaw: Quite literally the landscape, if you think of all the Northwest place names nobody can pronounce unless they were born there.

@SanFranLefty: That’s all Benedick. I probably would have hunted down a shot of Gilligan listening to a radio.

@redmanlaw: This mminds me of a the time a Latino member of the Cali legislature making a pithy comment about a new anti-immigrant law. He wanted the law enforced retroactively to 1840.