Stinque
Home Latest Comments Log in
If it smells, we’re on it.
Stinque
America is a Death Cult.
2012 Elections

Oh Shoot, Mitt Romney is a RINO, for Believing in Science 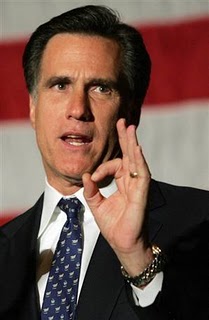 Everyone’s handsome uncle, Mitt Romney, is saying things that are getting him in trouble, because he is again giving credence to “theories” based on “fact” and “evidence.” That’s right, Romney said:

I believe the world’s getting warmer

And, wait for it:

I believe that humans contribute to that.

In case any of you forgot that Romney used to live in Massachusetts, where driving cars is banned and I personally have served on several death panels (So Fun, Guys!), you can now go on and remember that again. Which is what Rush Limbaugh did, and then he decided:

Bye-bye, nomination . . . The last year has established that the whole premise of man-made global warming is a hoax, and we still have presidential candidates that want to buy into it.

I guess I had forgotten about last year, when we all got together, like we do every winter, and decided that global warming was a hoax, because of winter. Anyway, I doubt Limbaugh is right in claiming it’s over for Romney, but this will make it even more difficult for Uncle Mitt to defeat whatever gotcha question dodging, abortion clinic bombing tinfoil hatter the Tea Partiers support.

Because as it stands, some Republicans will be creeped out because Romney is Mormon or Wiccan or something not appropriately CHRISTIAN. Some  Republicans will be vexed because he said something rational about a widely observed natural trend that liberal elites also happen to believe in. The good news is that these two groups are the same people. The bad news is that, at this point, they comprise the entire Republican party except for that weird little wedge that is just there to make some more money.

Next he’ll take credit for RomneyCare and being the stunt dick for Weiner.

What sly trick is Mitt trying to pull now? This is not the PanderBear we seek.

@nojo:
Tacking to the center since he can’t out loon Palin/Bachmann/Pizza Brother/etc.

@nojo: Give him time. The more desperate he gets as the primary season looms the loonier his policy positions will become. I’m predicting he’ll call for the bill or rights to be replaced by the Ten Commandments and certain portions of Levitical law…

“Carney and Johnson are longtime aides to Texas Gov. Rick Perry who has said in recent days that he is contemplating a run for president himself in 20120.”

Obviously Gov. BlowDry is planning to live a long, long, looooong time. Good thing I’ll be dead by then.

@Dodgerblue: @mellbell: I was going to sit on it another hour, but y’all forced my hand.

@mellbell: I hope a reporter asks him how it feels to be deserted and encourages him to go get fucking cancer so he can enjoy the full affect of the monstrous crime he committed against his wife.

So is it just me, or did T-Paw just shoot himself in the foot by referring to “Deep economic doo-doo” ?

Or is it just too early, or is T-Paw a too out-side a chance for it to matter?

@CheapBoy: Some folks are taking Timmy’s econ talk seriously enough to laugh at him, but he really doesn’t have an audience yet. And his pandering comes off as minor-league Mitt.

But it’s really looking like a survivor’s game this season, so no point writing anybody off who isn’t Newt. Maybe Timmy will last long enough for a veep nomination, and then he can work on his Quayle impression.

@nojo: Shit. Does the world need another Quayle?

But really.. Doo-doo? Maybe it’s just me but I’m sure he could have chosen better words that won’t come back and haunt him in primaries or actual contention.