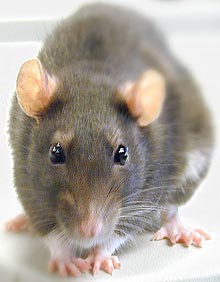 We’re not sure when “Democrat” became pejorative for “Democratic”.

For that matter, we’re not sure how. Or why we should even care.

We do know that “Democrat” gets under the thin skins of liberals. Just try it around one, and watch how fast you’re corrected. The Ic Factor is strong — almost as strong as when you call a Progressive the L Word.

But really: Can we just drop the fuss? We suspect that “Democrat” keeps being used because it works — because it brings out the peevishness in its target. Hey, if we could annoy our enemies that easily with Sounds Like Rat, you know we’d be all over it.

Which brings us to this week’s outbreak of resentment over “Obamacare”:

The more specific reason I don’t use “Obamacare” is that it implies that the law is the work of one man. It wasn’t passed by fiat. It was created by three committees in the House, two more in the Senate, was voted on by a majority of Representatives and a heck of a lot of Senators before being altered in reconciliation. Then it was signed by the President. President Obama neither gets all the blame nor all the credit. It’s not his and his alone. It’s the Affordable Care Act, the ACA, or the PPACA.

Can we compromise on Alpaca? No? Because that rolls off the tongue a lot easier than your choice of two generic acronyms, and with less consternation than a formal name whose sole justification won’t greet the world for another three years.

Besides, there’s no public option, single-payer, or Medicare for All. Sounds like Obamacare to us.

Resistance is futile, as they say in linguistics. We’re old enough to remember when Queer was really pejorative, a mildly politer form of Fag — especially when preceded by an indefinite article. (The word sneers itself!) A generation later, the only people you hear using the word are, well, Queers. And probably John McCain, when the microphone’s off. Nothing deflates a word faster than adoption by its target.

Although, come to think of it, we’re still too chickenshit to spell out NWA. Some words take two generations.

NWA? Is this Sport?

Besides, there’s no public option, single-payer, or Medicare for All. Sounds like Obamacare to us.

Sounds more like Liebermancare to me. The reason there’s no public option or medicare for all has far less to do with Obama than it does with Joe Lieberman and the pack of Bluedogs who made it perfectly clear that they would not vote for a package that included a public option (let alone a medicare buy-in).

I know there’s a tendency to lay the blame for all of this on Obama’s shoulders, but the fact is, the Democrats simply didn’t have the numbers to get a public option.

What we ended up with was national Romney care, yes, it’s true. But consider thsi: in Massachussetts 98% of all state residents have health insurance. That’s a very good sign if your ultimate goal is to provide universal health insurance coverage in this country.

The simple fact is that the path to universal helath care coverage is fraught with obstacles, and every country that has acheived it has taken a different path. In some nations the government acts as the only insurer. In some countries, private insurers exist alongside the government. in other nations, like Japan, all insurers are nominally private (but heavily regulated).

If we can actually overcome our distaste and ensure that “Obamacare” survives the coming onlaught from the right, we will live to see the day when almost every American has health care insurance coverage. If we give in to our disappointment and aid the Right in their fight, it will probably be another generation before we have another whack at it. And by then the budget picture may look so dire that we won’t even recognize the current health care debate.

I dunno – I think the fuss about the missing “ic” is simply because it’s gotten clearer that such things are a deliberate tactic by the right to turn basic words used to describe opinions that conservatives disagree with into pejoratives. Sure, one instance of this sort of Newspeak-ism is mostly harmless, but this certainly isn’t the first one; “socialism” has been completely destroyed in this fashion, “liberalism” nearly as much. FFS, they even started going after “empathy” during the Sotomayor confirmation.

As to “Obamacare”, it suffers from being both inaccurate and being a word that’s been larded up with negative shit by Fox News (“government takeover”, “death panels”, etc).

I have never understood why Dems get their knickers in a twist over “Democrat” – I use it all the time. “I’m a Democrat, he’s a Democrat, she’s a Democrat, they’re all Democrats, wouldn’t you like to be a Democrat too?”* — it sounds grammatically incorrect to say “He’s a Democratic.” WTF. My only issue with the label when applied to me is it implies that I’m a fan of democracy, and there’s nothing like living in California with its whackadoodle ballot box propositions to make you not be a fan of direct democracy.

*Let’s see if any non-Southerners catch the reference…

@SanFranLefty:
For reasons unexplained, Dr Pepper is sold in Canada City, too.

@ManchuCandidate: The only reason to ever go to Waco TX is to visit the Dr. Pepper Museum.

@Benedick: Northwest Airlines. My kid has their shirt. NWA are using three African American gentlemen to promote their airline. Diversity! Democratics love it!

@SanFranLefty: What that is all about is (a) letting your opponent define you and (b) letting it get under your skin. It erodes one’s power while another exerts it over you. Even if you embrace it, it’s still Their Word. (I note the irony of my screen name.)

@SanFranLefty: To my ears, “Democrat Party” (which seems to be the most common usage) sounds as absurd as “Republic Party” would.

This is why I went Republican. Were I still a Democrat I would point out that it is the Democratic Party. But as a Republican I think it is totally awesome when Ann Coulter (love her! she is so the new Judy!) calls it the DemocRAT Party. Then all the silly libruls go all PC and call Rachel Maddow (she’s so lesbionic. Ew!) And such as.

@redmanlaw: I have much to learn of the ways of the Yanqui.

It was a deliberate move by a Republican pollster (Frank something?) to drop the “ic” in “Democratic Party” because it emphasizes the “rat” in the word and polled poorly for the Dees. Being the lemmings that they are, the Republicans took that talking point and ran with it.

It gets under my skin just because I’m a grammar Nazi, but mostly I soothe myself with the knowledge that anyone who uses that attempted pejorative just comes off sounding like a moron. Which is fine by me.

@mellbell: That’s the one.

@TJ/ Jamie Sommers /TJ: Maybe we should fight back and purposely misspell it as Republicuns, because that emphasizes the “cunt” in the word. Half to two-thirds of Fox viewers probably don’t even know how to spell the word, so they’d think it’s right.

@SanFranLefty: But I don’t think that anyone is arguing for “She’s a Democratic.” (I’m certainly not.) It’s when it’s used as a modifier that the suffix is plainly necessary, and it’s beyond childish to leave it off simply because it needles Democrats.

@SanFranLefty: Democrats belong to the Democratic Party because that’s its name. Just as criminals are hanged and not hung for killing grandma. We wouldn’t call the Shirley Party the Shirl Party because that would be silly. And don’t call me Shirley.

Democrats have tried to demonize the word Republican – Repubs? Repukes? but life is too short.

In other news… Obama and the Democrats do something totally awesome in the UN!!!!!! And also here.

And yes, I should be working. Thank you for taking the time to care.

In other news it seems that McCain has been recruited. He will join Tony Perkins and his newly designated hate group FRC to start the attempt to overthrow the repeal of DADT.

A word of warning. The link provided is to a blog that is committed to the homosexual takeover of the USA and the forcible use of buttsecks on innocent str8 men. And also the showering together. So beware.

@Benedick: the forcible use of buttsecks on innocent str8 men

Can you describe this terrible menace at length? Use parables. Set them in a phillipine prison, please. Thanks.

As for the FRC, McCain just managed to jump the shark again, which makes about eight times by my count. Someone needs to explain to him how irrelevant he is, preferably Bob Dole. Is Bob Dole still alive?

@Benedick: The link provided is to a blog that is committed to the homosexual takeover of the USA and the forcible use of buttsecks on innocent str8 men. And also the showering together.

@Tommmcatt is with Karin Marie on This One: I believe so, but the Viagra has made him blind.

@Shirley: I’m a Socialist. Fuck the Democratic Party. They should be hanged.

@JNOV Me too. Don’t tell the mouse, though, I’m trying to get promoted to fuck you money.

@JNOV: Not if you use the right lube.

@Tommmcatt is with Karin Marie on This One: Is there a link here or did you just get riled up by JNOV’s comment?

@Dodgerblue: I got the tag all messed up, but decided I liked it that way…red and all….