Stinque
Home Latest Comments Log in
If it smells, we’re on it.
Stinque
Mastodon: @stinque@mas.to
Department of Lady-Bits, The Majesty of the Law 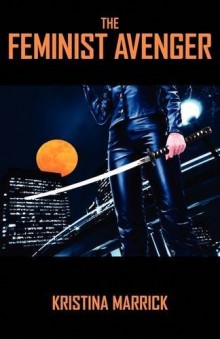 I wanted to post something about this story three months ago, and then forgot. An article in my fishwrap updating the story has reminded me to do so.

Texas takes its sports seriously, or at least football and basketball (the male version).  The role of the girls, of course, is to be the pretty cheerleader cheering on the jocks.

That is kopacetic, of course, until you’re asked to cheer for your rapist at a basketball game.

And you’re told to chant:

No, really. That was the chant. You can’t make shit like that up.

H.S., who alleged she was raped by Rakheem, refused to chant this, or cheer in support of Rakheem.  She instead quietly left the cheer line and sat down in the bleachers while the other cheerleaders cheered for him as he took free throws.  It should be noted that he was arrested for raping her at the time of the incident, and prior to H.S.’s refusal to cheer for him, he had already pled guilty to a lesser charge but got probation and was able to stay in school and on the basketball team.

And thus at halftime, the district superintendent and school principal promptly kicked H.S. off of the cheerleading squad at Silsbee High. You know what comes next.

She sued the school district, claiming a violation of her First Amendment rights, namely, her right to be silent and not be forced to speak. The attorneys around here might remember from ConLaw the case challenging “Live Free or Die” on the New Hampshire license plates – Cliff Notes version for the non-attorneys, basically the Court said you can’t be forced to parrot something for the state you don’t agree with… freedom of speech includes freedom NOT to speak.

In the seminal case on the speech rights of children in schools, Tinker v. Des Moines Independent Community School District, the U.S. Supreme Court held that students do not “shed their constitutional rights when they enter the schoolhouse door.”  That case involved students who were silently protesting the Vietnam War by wearing black armbands to school. The core holding of Tinker was that students do have a right to free speech, and school administrators can’t infringe upon it, unless the school can show that allowing the speech would cause a “substantial disruption” to the school’s educational mission. Since 1969, when Tinker was decided, there’s been a steady decline in both the 1st and 4th Amendment rights of school children, most recently in the Alaska “Bong Hits 4 Jesus” case and the Arizona strip search of a 13 year old for ibuprofen, but the central holding of Tinker has managed to survive, and is the test that courts use.

In September, the Fifth Circuit Court of Appeals applied the Tinker test to this case, and said that H.S.’s failure to cheer for Rakheem at the basketball game had substantially disrupted the educational mission of Silsbee High, and proceeded to throw out her case against the school district.  To add insult to injury, the Court of Appeals also said that H.S.’s case was “frivolous” and that she and her family had to pay the school district over 40 grand to reimburse it for its attorneys’ fees.

The reason this story is in the news this week is that H.S.’s attorney announced that he is filing a cert petition with U.S. Supreme Court. Stay tuned, especially with three women now on the Court. If they grant cert, hopefully oral arguments will go better for this young woman, and have less of an American Pie atmosphere, than oral argument went for Savanna Redding.

You mean I didn’t have to drive around for 15 years with “Oklahoma is OK!” on my license plate? Damn.

@Mistress Cynica: That license plate always cracked me up. Talk about low expectations. Inferiority complex from being next to Texas, I suppose…

OMFG, Barney Frank, I heart you! Totally pwns a CNS reporter on DADT.

P.S. Sorry that today’s post is kind of ranty, y’all.

@SanFranLefty: No, no! It’s very good. We’ve been discussing it in our house.

Come over here and get castrate(d).

To grammarians and attorneys (and the overlapping Venn Diagram): Do you all say “pled” or “pleaded”? I had “plead” in my post, which was obviously wrong, but I say “pled,” but spell check says it’s not a word. ATL’s 2008 poll on the issue breaks 62% for pled.

@SanFranLefty: pled. pleaded makes me cringe for some reason.

I’m shocked that anybody could hear oral arguments in the Redding case over Scalia and Thomas fapping. ;)

@al2o3cr: I was very disappointed in Justice Breyer, I have to say, after reading Lithwick’s account. My total shero Ruth Bader Ginsburg tried her damndest to represent for the Department of Lady Bits, but she was the only woman on SCOTUS during the Redding arguments. But maybe her pretty fucking damning comments to USA Today in that linque may have shamed Unicorn Black Eagle Barry to inject a little estrogen into The Nine.

@SanFranLefty: “We don’t get ourselves dry cleaned.” Love him.

@mellbell: I had to pause the video at that, I was laughing so hard.

I was listening to the local RW talk radio before the Lobo game tonight and everyone who called in was a Christian who (a) had some one who was in the military and (b) had a ‘horror story’ about a gay in the workplace; i.e., wanting to hookup with someone they found attractive. No mention of hetro dude or chix who did the same thing. Gays R Bad in their world. Fuck ’em.

@SanFranLefty: Another vote for pled.