We Dodged A Bullet, Everybody! 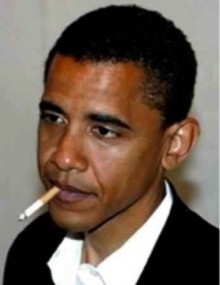 The coast is clear, folks!  The Bush tax cuts are safe for another two years!  And unemployment insurance is good to go until January 2012.  Hooray!

And there’s an ironclad guarantee that the GOP will not, in any way, put the whole tax cut issue out front when the expiration date comes around again just before the 2012 elections.  No ads that suggest, for example, that if Obama gets a second term, taxes will go up.  No way that happens.  The Republicans will have no ability to beat Obama up on this issue again.

Jesus Christ.  Does anybody in the White House know how to play this game?

I have come to the conclusion that Obama is Charlie Brown and the GOP are Lucy Van Pelt. I’ll bet a drink that the Repugs will find a way to excise the extension of unemployment at the very last minute.

And what about the FUCKING START TREATY???

The ole pragmatist in me thinks that was the best Barry could hope for. Until a majority in the Senate means a majority in the senate (50+1) there is no way he is going to get anything done and help the people he wants to help and NEEDS to help.

But you are correct, CB, that the GOPers are going to beat him with that stick.

Made the switch just in time. It’s good to be on the winning team.

@SanFranLefty: Someone last week — Rachel? — said you have to imagine the moment without Lucy to really get the spirit of the Demrats.

BTW: A moment of silence please for the New York Jets.

I thought this guy was from Chicago! I thought they knew from politics there! I thought I’d be watching these guys on TV holding Boehner’s arms and playing T-ball with his head! Two fucking years talking to these fucking people as if they weren’t reptiles, a fucking surge in Afghanistan, the banks are still at fucking large. Fuck this guy if he can’t articulate the enormous evil that threatens us all and the costs of neutralizing it before it offs us all.

@karen marie: Hope I can believe in. Until it crushes my SOUL!

@FlyingChainSaw: Um, hello? Weren’t you paying attention? He’s from Kenya. What the fuck do they know about politics over there.

He’s rougher on the Chinese than he is on the Republicans.