The Federal Pay Freeze is the Kindest, Bravest, Warmest, Most Wonderful Sellout We’ve Ever Known in Our Life 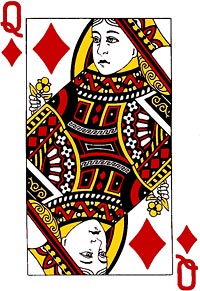 Our guest columnist is Organizing For America, which has yet to send us this message. Last we heard from them was Thanksgiving, when President Obama told us “we know that you’ll be right there with us, ready to fight another day.”

A decade of irresponsible spending led to a projected $1.3 trillion deficit that President Obama inherited upon taking office — putting America on an unsustainable fiscal course.

From Day One, this administration’s top focus has been growing the economy and putting Americans back to work — and that will never change.

The economy is growing again, yet all across America families and businesses have been tightening their belts. The President knows their government must do the same.

Yesterday, he announced a proposal to freeze pay for non-military federal employees for two years — a plan that will lead to $60 billion in savings over 10 years. It’s one of many tough choices the President has made to cut costs in the upcoming budget to begin to put our nation’s fiscal house in order. And it follows directly from this administration’s dedication to stretching federal dollars and reining in the long-term deficit.

Now, if you listen to some talk radio hosts or a few of the talking heads on cable news, you’ll hear a very different assessment of our fiscal policies. These voices ignore the irresponsibility of the past while pinning the blame for “reckless spending” solely on this administration. It would make a good fairy tale if it weren’t so dangerously untrue.

But these voices — as loud as they are — are spreading bunk. Cutting costs and spending responsibly has been a cornerstone of this administration’s record. And we need your help to get the truth out there.

Will you take a few minutes and write a letter to the editor today to set the record straight?

I’ll do it. I’m just that much of a knee-jerk liberal.

Should asking for the rich to get to keep their tax cuts be a P.S., or would your recommend writing a whole new letter?

My decision to become wealthy has worked out very well. I urge you all to make the switch. I know you’ll be glad you did.

Sen. Robert Morris of Pennsylvania, member of the first US Congress, wrote defiantly in September 1789, ”I have voted for the highest Salaries well knowing that the Public are best served when they pay well.”

And Congress has maintained the tradition established by the Founding Fathers of paying themselves well.

Tea Party Nation President Judson Phillips is right — the very wealthy have much more of a “vested interest in the community” than the average American. By rights, there really should be more millionaires in Congress.

@karen marie wants to know — Fucking integrity, how does it work?: They showed their independence from England by imitating her parliament.