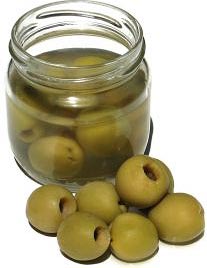 Larry King gets to the bottom of The Great Fetus Jar Mystery:

KING: You also disclose, Barbara — George discloses something very personal about you, which he says you gave him special permission to write about. He wrote that when you once had a miscarriage, you showed him the fetus in the jar.

BARBARA BUSH: No, really, the truth is…

KING: We touched on it before. But we didn’t elaborate.

BARBARA BUSH: I didn’t put it in the jar.

BARBARA BUSH: It’s not in the library. No…

BARBARA BUSH: George — Paula put it in the jar. And I was shocked when she gave it to him too. But, you know, memories dim a little bit. But, anyway, but he was very…

KING: Were you shocked that he put it in the book?

BARBARA BUSH: No. He asked permission, and I gave him permission. It’s his book. And I think he was trying to say that he and I have a very special relationship. We tease all the time, and that’s not very nice of me, but — you know, you’ve got to tease a little bit. And he teases me unmercifully. But we’re very close.

So the Help put the fetus in the jar, but it’s in the book because Dubya likes to tease Mom. Or something like that.

Now some girls like a mourn’, but some girls like the cry’n’
Some girls love to hear, to hear the white rich people a-bitchn’
But me, I like being crazy, `specially with my retard children
So here I am in Texas, here I am with the ball and chain, yeah
Musha rain dum-a-doo dum-a-da, ha, ya
Whack-o my sonny-o
Whack o my sonny-o
Show’n a fetus in the jar-o

That’s just so fucking typical of a religious ideologue (W) to completely lie and fabricate a story to back up his theistic foundation. LIES! It’s all LIES!

I can’t stop shuddering. I had to cover the screen so the dogs wouldn’t see it. They’d be scarred for life. And we already have shotgun issues.

Who is Paula and why is she putting Bar’s expulsions in glassware?

@TJ/ Jamie Sommers /TJ: @SanFranLefty: One of my book clubs just read Kathryn Stockett’s The Help (very much fiction, but based on her and her father’s experiences of being raised by maids in the South), and, without giving too much away, that aspect of Bar’s story comports. Anyway, it’s smarter than the average beach read (and you can read the first chapter for free on Amazon), if any of y’all are looking for something to read while recovering from an enhanced pat-down.

@mellbell: I should add, she’s come under criticism for having many of her black characters speak in AAVE, but the idea that it’s inherently condescending for her to do so, no matter how accurate a depiction of that time and place it might be, simply because she’s white and they’re black, is ridiculous.