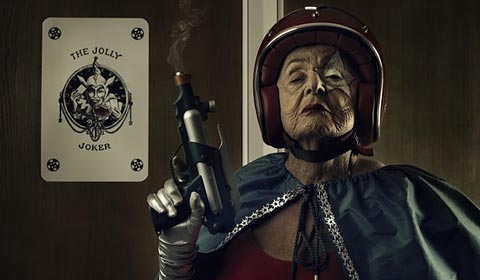 Either that, or it wasn’t, and the Web just exacerbated a Disturbing Trend that was crystallized in the landmark 1995 paper “Bowling Alone”. Which, now that we’ve gone to the trouble to find it online, outright lied about its fretspectacular premise:

The most whimsical yet discomfiting bit of evidence of social disengagement in contemporary America that I have discovered is this: more Americans are bowling today than ever before, but bowling in organized leagues has plummeted in the last decade or so. Between 1980 and 1993 the total number of bowlers in America increased by 10 percent, while league bowling decreased by 40 percent… The rise of solo bowling threatens the livelihood of bowling-lane proprietors because those who bowl as members of leagues consume three times as much beer and pizza as solo bowlers, and the money in bowling is in the beer and pizza, not the balls and shoes. The broader social significance, however, lies in the social interaction and even occasionally civic conversations over beer and pizza that solo bowlers forgo.

Did you see that move? If you’re not bowling in a league, you must be bowling by yourself. Untold years of bumper-sticker sociology were based on a false claim. (“Bowling With Friends” would have ruined everything.) Thank god Communitarianism was finally taken out behind the barn and shot.

Anyway, where were we? Ah, yes — lonely sociopaths:

A few years ago, French photographer Sacha Goldberger found his 91-year-old Hungarian grandmother Frederika feeling lonely and depressed. To cheer her up, he suggested that they shoot a series of outrageous photographs in unusual costumes, poses, and locations. Grandma reluctantly agreed, but once they got rolling, she couldn’t stop smiling.

It didn’t stop there. Goldberger created a MySpace page for Grandma. She now has 2,200 friends she has never met in person. They enjoy her photographs. They send her happy messages:

Initially, she did not understand why all these people wrote to congratulate her. Then, little by little, she realized that her story conveyed a message of hope and joy. In all those pictures, she posed with the utmost enthusiasm. Now, after the set, Goldberger shares that his grandmother has never shown even a trace of depression. Perhaps it’s because her story serves some sort of purpose. That through the warm words of newfound friends, she’s reminded of just how lucky she is to be alive.

We used to think the Web was just the latest mass medium, albeit far more democratic than any that preceded it — Digital Gutenberg, a friend of ours called it. And while that’s still the case, what we didn’t realize at the time is that the medium would also be far more participatory, far more engaging than any that had preceded it. The communities that form online may not be as visible as a bowling league, but they’re a lot more fascinating, a lot more accessible, and — surprise! — a lot more enduring. You just need to know where to look. And how.

Angela Lansbury is coming back in Mame? I did not know that.

“Lonely Sociopaths” would be a good band name. Speaking of which, one of the most popular internet phenomena is looking up old girlfriends/boyfriends. Admit it, you’ve done this. I’ve done it.

I had no idea that every time I went to the bowling alley at 3am with a bunch of friends, I was actually bowling by myself. Amazing!

I’ve seen turkeys, hambones, Yahtzees, six packs and Golden Turkeys on and off the Stinque sheet. And I like it.

I much rather prefer this over the deluded and moranizing (sic) rantings of an utter moran and her clan of grifting snots.

@ManchuCandidate: “Grifting Snots” is another excellent band name. We’re on a roll here.

Those Mamika photos rock. I like the superhero dog.

@Benedick: Click the linque, there’s a dachshund in some of the photos.

@Dodgerblue: I think an old Serious Girlfriend must be dead since she has no net presence.

The guitar player from The Angry Samoans is a math teacher here in town. Of course, people could say that the old No Punks/No Punx (later known as Horrorshow after I left) drummer is a lawyer in Santa Fe.

Nojo, applause for an excellent post. Too bad nobody will know about it since you can’t share it with the guys from the factory at the Tuesday night bowling league.

@redmanlaw: I met a guy here in Beijing tonight who was described to me as the guitar player in the first metal band in China. American dude.

@Dodgerblue: I actually think I’ve heard of that dude (metal nerd that I am). I think that guy was in a documentary on the metal scene world wide I saw last year. No Punks claimed to be one of the first punk bands in Albuquerque. I believe that may be true. We played to an audience of 1 one time, a hung over friend of mine who was lying down in the back seat of his car. We got him to sit up. The band was later voted Worst Band in Albuquerque.

@redmanlaw: I played drum (singular) in a high school band we assembled for a senior year talent show. Since I was an editor on the school paper, and wrote a music review every issue, I hyped them incessantly for months leading up to the show. We had a guitar, that drum, and a kazoo line and got about 40 seconds of “Pretty Vacant” out before we stormed off the stage. My AP English teacher and a couple of girls from class were planted in the crowd to shout for us when every other act came on. The hair band that went on before us actually said to us “you guys better be good, because they want you.”

We were called, I kid you not, The Wanquers.

ADD: @redmanlaw: I think Nojo was in one of SPIN’s “Worst Bands of 1992” or whatever year they held that contest. I’m sure he’ll clarify when he wakes up. BTW, great post Noj. When I make it to Sandy Eggo, we’ll have to play a few frames.

@Nabisco: I used to kick over my drums in the living room after my law school band practices, after grabbing the cymbals. We played a gig one time where we got paid in Jagermeister and I cut my hand playing a bled all over the drums. Another band I was in played a party for a wealthy Jewish Mexican lesbian in college. She thought she was getting a jazz quartet for background music and we came on like Led Zeppelin. She fired us on the spot (giving her edible panties for her birthday and stealing champagne out of the fridge probably didn’t help) so I grabbed a bottle of wine, my drums and her best friend and went back to my place.

As a music writer in college I met Los Lobos and Judas Priest. Cool guys.

ADD: I want my next band to be and old guys metal band called Umlaut.

@redmanlaw:
LOL. Didn’t she hear a tape before signing you guys to the gig?

I gotta defend Bob Putnam a little bit here. I’ve read the book, not just the brief paper you’re quoting here, and bowling is not his only data point, and the whole idea of social capital is a lot more complex than you’re making it out to be.

I’ll wait until After Dark.

@JNOV: Ha. I could send you my thesis? It’s more about political culture, but they’re very intertwined as far as concepts go.

IIRC, you’d read Mary Roach, right? That time one of her books made the Sunday Book Club here? I think we were the only ones who had. So, if you’re defending Putnam, I’m listening.

No, I’ll tell you what killed bowling leagues — smoking and drinking bans.

I mean, seriously, what the fuck is the fun of bowling if you can’t smoke and drink?

@karen marie wants to know — Fucking integrity, how does it work?: Haha!

@mellbell: Apologies to Flippin’ — she read Bonk and I read Stiff. Yet and still, I’m listening.

And I’ve got to thank Nojo for not using a commenting system that publishes the number of times I edit a comment. It happens a lot.

Surely for full metal cred it should be “Ümläüt”, pronunciation and spelling rules be damned. :)

@Dodgerblue: @JNOV: Nope, never. Of course, my ex-husband was a sociopath to be avoided at all costs, and the only man I ever loved, apart from Mr Cyn, is dead.

@Nabisco: I think Nojo was in one of SPIN’s “Worst Bands of 1992″ or whatever year they held that contest. I’m sure he’ll clarify when he wakes up.

Don’t remember the year (away from the archives right now), but yes, the Dream Teens received Dishonorable Mention for our “Wite-Out is Milk” video.

Hmmm… Might be a good excuse to finally digitize that tape for a Thanksgiving post. What Spin called an “eerily familiar transurban nowhere” is Eugene at drizzly dusk.

Folks, I think I have found the Best Band Name Ever:

Surely a great moniker for an old-school punk outfit.

@mellbell: Certainly there’s the book, and the website, and even the original paper makes the broader points you allude to.

However: “Bowling Alone” was the the title, the bumper sticker, the franchise, the mental image that crystallized the point. And, as presented in that original paper, it was a lie. The data as presented did not support it.

And, having worked on a liberal campus at the height of Communitarianism, I was truly sick and tired of the fucking bien-pensant faddishness. Must have been around that time I stopped listening to NPR…

@mellbell: I don’t know what you guys are talking about. Enlighten me, please. I am old, but can still learn.

@redmanlaw: Can I be in the band? I’ve been looking for an excuse to buy a 7-string guitar. Or I could play bass. You can’t have too much bass, in my view.

@Dodgerblue: I saw an acoustic bass at the guitar store when I was killing time waiting for Son of RML after his piano lesson. Had the “sold” paper work on it so I was trying my limited stock of speed metal riffs out on a mandolin when he found me.