Fabricating News While Pretending You Report It 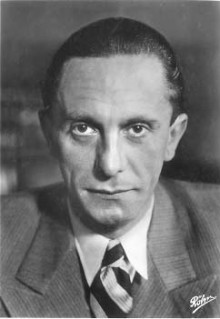 Let’s take a break from eating our own, for a moment, shall we? For now, my fellow Stinquers, is a good a time as any to remind ourselves that as unseemely as the situation at MSNBC might appear, it doesn’t even begin to approach the nakedly propagandistic dreck that emanates from Rupert Murdoch and Roger Ailes Fox News channel.

Exhibit A, today is a “draft letter” that Fox News “exclusively”  “obtained” from “defeated Democratic congressmen” imploring Nancy Pelosi to step aside for the good of the Democratic party. The letter, curiously enough, repeats tired right-wing propaganda about the Speaker’s supposedly polarizing persona:

It is impossible not to judge the results of November 2nd as anything but a profound loss. We want to recover. Recovery of our majority in the House necessitates new leadership at the top of our party. We believe that you can and will play an extraordinary role in our party, and it is extremely unfortunate that Republicans have taken away your ability to lead as effectively as you are able. Nonetheless, one mark of a strong leader is the ability to discern when it is time to pass the baton. As defeated members, whose party needs to rebuild, we are counting on you to show the strength of your leadership in this dark hour. We ask that you step aside as leader of our party in the House.

What makes this draft letter especially curious as a document worthy of front page news treatment is the large cast of prominent Democratic congressmen who have signed on to the letter: exactly no one. Zip. Nadie.

Not a single name has been attached to this important document that Fox News drafted was leaked and is promoting prominently on the front page of its website. It remains. Completely. Anonymous.

I’m stunned that Faux would promote a fake document as newz.

Sully also notes a Politico piece that cites lobbyists in support of the angle that Obama is out of touch.

Oh, and I never got around to fitting this in somewhere, but former Politico Michael Calderone, now of Yahoo, quoted Fox chatters exclusively for a link-bait piece saying MSNBC was being criticized for Olbermann/Rachel/Tweety anchoring election-night coverage.

Calderone should move to the Onion. He’s got the goods.

Yeah, I read Sully’s comment on that Politico piece. You should have a peek at the article itself, where the author insists that lobbyists are “experts” on the issues they are paid to lobby, and so their opinions should matter to Obama.

Has anyone heard from Benedick? He disappeared shortly before the midterms. Anyone in touch with him on SpaceBook or whatever?

@¡Andrew!: I was wondering about that. Perhaps he’s busy organizing his return to the Mother country. We should see if he’s friended the Queen on FB.

Re Benedick: gone to the Faroes, mebbe?

I’m hiding from the French.

@Benedick: Hay, there you are. You’re not really going back to Inglaterra, right?

Srsly. They want to kill me. And not with kindness.

@Benedick: Declare yourself a no-smoking zone, and they’ll slinque off to bother the Belgians.

@Benedick: Did you hear that the opening of Spider-Man: Turn Off the Dark has been delayed? Que de bonnes nouvelles, oui?

@JNOV: It’s actually quite a big deal so far as business is concerned because they’re going to miss Thanksgiving, Christmas and New Year and then open in the January doldrums with all of Feb and April to get through before business starts to pick up. Plus refund tickets already sold. It will have to equal or better the business for Wicked which, as the biggest hit in B’way history, is grossing a million and a half a week. But Spiderman is going to cost a million a week just to turn the lights on so it’s going to take a very long time to pay back its investment. Plus a couple of people have already been injured by the flying stunts. I’m sure they’ve done their sums but it seems more than a little crazy. Mind you, assholes like me were saying the same about 42nd Street before that opened and went on to have a long, boring, profitable life.

PS. I have a picture of salix “carbon offset” that I’ll post on FB as soon as I reckon it’s safe to go there without an iron claw coming out of the screen to kill me.

@JNOV: Thanks for the tip. Put it up over at the u2.com fan message boards. No one over there gives a shit about the show.

ADD: Made the front page at u2.com.