Stinque
Home Latest Comments Log in
If it smells, we’re on it.
Stinque
Mastodon: @stinque@mas.to
Brushes with Fame

Got a Little Captain in Ya? 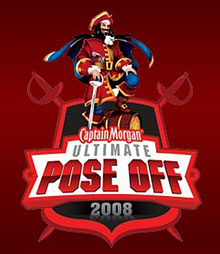 Our guest columnist this afternoon is Martin Avila, the Lawson for Congress campaign manager.

In response to numerous queries and enthusiastic feedback, the Lawson for Congress campaign confirms that its latest radio and TV ad is indeed narrated by actor Morgan Freeman. The ad with Freeman’s distinctive voice, titled, “What is David Price Afraid Of?” can be viewed at [Note: Video offline].

The ad addresses how 22-year incumbent David Price, who votes with Nancy Pelosi more than any other Congressman, has gone on the attack with his quarter-million dollar TV ad campaign instead of standing behind his voting record of bailouts and increased deficit spending. The Freeman-narrated Lawson ad is a stark contrast to the Price campaign’s current TV ad, which uses exaggerations, lies and distortions in attempt to shock voters, rather than talking about the issues.

Lawson was inspired by Mr. Freeman explaining the importance of our founding documents in his narration of a video about the Declaration of Independence and the campaign jumped at the opportunity to work with him. (seen here)…

“Barbara Streisand wouldn’t do it this, but Morgan Freeman doesn’t have a problem cutting ads against Washington insiders or he wouldn’t do it,” said Lawson for Congress Campaign Manager Martin Avila. “People shouldn’t be so shocked that someone like Mr. Freeman would think outside of the left-right red vs. blue dynamic. This election IS about regular people asking basic questions.”

We would like to thank Mr. Avila for his con— What? You say that’s not Morgan Freeman narrating? It’s a soundalike? Never mind.

In order to maximize my discomfort, I am watching both MSNBC election coverage and online CLE. I might need an intervention.

Now I am really sorry I didn’t buy more tequila.

@karen marie wants to know — Fucking integrity, how does it work?: Doesn’t your liquor store deliver? You need to move into my building …

I see a drinking game that involves the word “wave”

@Capt Howdy: My drinking game involves The Next Senator from Utah, but that’s personal privilege.

probably going to get more shots than you tonight. but thats ok. I think I will need them.

“They waddle for miles across the harsh congressional district, but not all of them make it home. Some of them die.”

@blogenfreude: How about if I move into your apartment? I don’t take up much space and I’m going to teach Lucy how to do laundry and load the dishwasher.