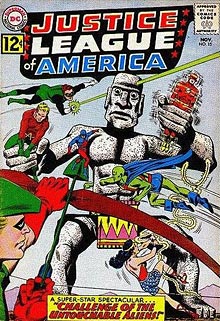 Yesterday we posted a 1994 memo from the Justice Department’s Office of Legal Counsel, explaining the options a President has when faced with enforcing a law he considers unconstitutional — or, as we’re addressing here, defending an unconstitutional law.

Like say, Don’t Ask Don’t Tell. Or the Defense of Marriage Act.

The Obama Administration’s defense of its defense is straightforward: Their hands are tied. As long as the law is on the books, they’re obligated to defend it, all the way to the Supreme Court. The President reiterated this defense Thursday on MTV:

Congress explicitly passed a law that took away the power of the executive branch to end this policy unilaterally, so this is not a situation in which with a stroke of a pen I can simply end the policy.

This is not quite the case.

The OLC memo showed that Administrations have refused to enforce unconstitutional laws in the past — and that the Supreme Court has backed them up. These are not decisions taken lightly, however, so the memo suggested a simple reasoning process to determine whether to ignore an act of Congress:

1. Does the President consider the law unconstitutional?

2. Does the President think the Supreme Court will agree?

If you can answer Yes to both questions, go for it.

Of course, given today’s Supreme Court, the answer to the second question regarding DADT and DOMA is by no means certain. President Obama could make a good-faith judgment that while he personally considers such legislation “discriminatory”, he lacks the confidence that the Supremes will agree with him. If he expressed that judgment in public, we’d be more sympathetic to his position.

Yes, it involves nuances, but hey, we thought Obama was elected to go beyond the simplistic certainties of his predecessor. We’re grownups. Give it to us straight, Professor.

But instead, we’re being told that Obama has no choice in the matter. So where does that idea come from?

Well, from the Solicitor General — the office actually responsible for defending laws in court:

Vigorously defending congressional legislation serves the institutional interests and constitutional judgments of all three branches. It ensures that proper respect is given to Congress’s policy choices. It preserves for the courts their historic function of judicial review. And it reflects an important premise in our constitutional system — that when Congress passes a law and the President signs it, their actions reflect a shared judgment about the constitutionality of the statute… In such cases, Solicitors General defer to Congress and the President’s articulation of the constitutional “interests of the United States,” as reflected in the enactment. They do not attempt to reach our own best view of a statute’s constitutionality; rather, they try to craft a defense of the law in a manner that can best explain the basis on which the political branches’ presumed constitutional judgment must have been predicated.

That would be Clinton Solicitor General Seth Waxman, writing in 2001. If the OLC memo provides the Upstairs perspective, the SG views the Constitutional landscape from Downstairs — where rules are indeed rules.

Unlike the President, the SG doesn’t have the authority to make Constitutional judgment calls. It’s the SG, not the President, who’s obligated to defend a law as best as possible, even to the point of being a laughingstock in a Supreme Court hearing.

This is as it should be, and there’s only one exception: If the President demands otherwise.

When that happens, an SG may still pursue a case, but state that the President thinks it’s wrong. An SG may even file two Supreme Court briefs, one laying out the case, the other opposing it:

“It would seem to me not only institutionally unnecessary but a betrayal of profound obligations to the Court and to Constitutional processes to take the simplistic position that whatever Congress enacts we will defend, entirely as advocates for the client and without an attempt to present the issues in the round.”

Or, if you’d prefer a more respectable source: Walter Dellinger, author of the 1994 OLC memo and an acting SG under Clinton, said much the same thing to Rachel Maddow last night.

It’s perhaps commendable that President Obama is so dogged in the defense of laws he personally disagrees with. Or it would be commendable, if he weren’t so dogged in refusing to pursue laws against war criminals. There, it seems, the President is perfectly willing to exercise his discretion, and with the flimsiest of excuses. We haven’t done the research, but we’re willing to bet that “we need to look forward as opposed to looking backwards” doesn’t appear in an OLC memo.

Except, maybe, under Bush.

Come on Barry. GROW A PAIR.

I want my money back.

Any chance that any of ya’ll will be in Mexico City, DF, during December 11th-19th? I’ll be in the DF and Cuernavaca for school and may be available for an extreme south of the border Stinque-up.

In other political shenaniganisms, I can’t wait to see the ad of Lisa Murkowski dancing with Ted Stevens a la Fred Astaire/Dirt Devil!

I’ll be spending most of my time there in Cuernavaca, the City of the Eternal Spring. Now with 50% fewer beheadings! Srsly, this part of the country is supposedly quite peaceful, though it’s my understanding that there was a major shoot-out between the military and one of the drug cartel jefes earlier this year.

@flippin eck: I thought they were bringing Zombie Raygun back to win the election, or was that just a rumor?

@flippin eck: Interesting. The problem with the ads isn’t that he’s dead — really, who cares? — but that they will give the impression that Stevens would have supported Murkowski’s write-in bid, which, given Miller’s come-from-behind win, likely was never contemplated.

Pat Toomey has come out in favor of repeal of DADT. If this doesn’t embarrass Barry O into withdrawing from the appeal process, nothing will.
http://www.necn.com/10/15/10/Toomey-Sestak-agree-on-repeal-of-dont-as/landing_politics.html?&blockID=3&apID=d19d1fe587514a269ac373adb4f63962

La Zona Rosa used to be the totally chi-chi place in el DF. Chainsaw and I recommend a trip to Garibaldi Square: go for the mariachi, stay for the outfits!