To the Quitters Belong the Spoils 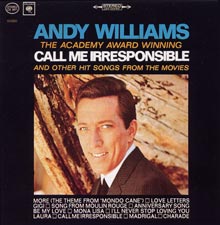 “What if [Obama] is so outside our comprehension, that only if you understand Kenyan, anti-colonial behavior, can you begin to piece together [his actions]?” Gingrich asks. “That is the most accurate, predictive model for his behavior.”

“This is a person who is fundamentally out of touch with how the world works, who happened to have played a wonderful con, as a result of which he is now president,” Gingrich tells us.

“I think he worked very hard at being a person who is normal, reasonable, moderate, bipartisan, transparent, accommodating — none of which was true,” Gingrich continues. “In the Alinksy tradition, he was being the person he needed to be in order to achieve the position he needed to achieve… He was authentically dishonest.”

Well, dude’s got a movie to promote, coproduced by Mrs. Newt III. Which reminds us, Mrs. Newt II offered some timely insights a few weeks ago on Newt’s own authentic dishonesty:

“He believes that what he says in public and how he lives don’t have to be connected,” she says. “If you believe that, then yeah, you can run for president.”

Of course, Newt can’t — like Sarah Palin, he can only tease about running for president, because that keeps folks paying attention to him and stuffing dollars down his welcoming waist. If Newt made a serious run, there would be serious questions about those marriages — his mastery of screwing over the wife while fucking the girlfriend — and what they say about his character and commitment.

Folks might also notice that Newt was last elected to public office on November 3, 1998 — and resigned three days later.

That’s right: Newt Gingrich and Sarah Palin, the leading lights of the conservative movement, are both quitters. That doesn’t matter to their adoring audiences, of course, and it doesn’t stop them from making serious mischief, but the good news is that they will never, ever, have a chance of wielding real power.

A difference between the two is that if Sarah started to look like Newt (ie: pasty white, bloated and doughy) then the Talibunny’s pathetic excuse of a “career” would be over.

@Dodgerblue:
It’s the muumuu of descriptions!

The mental image of dollar bills being stuffed down that man’s pasty rolls of waistline has burned my brain.

How many different ways can conservatives think of to call Barack Obama a “nigger” without actually uttering the word itself?

And as a corollary: at what point will they abandon all pretense and simply refer to Obama as the “nigger president?”

@Serolf Divad:
I thought that many already did that.

Of course, I’m beginning to understand why so many ethnics vote Demrat. Not because they love the Demrats (who really would?) but because it’s either them or the mostly white closet racist douchebags assholes… I mean GOPers.

The funny yet sad part is that the GOPers get all frothing in the mouth mad because the Demrat get the group vote failing to see that it’s not that the tinted/ethnics loves the Demoncraps but rather because the other choice is so unpalatable to them that they will vote Demrat no matter what. Combine that with the obliviousness and stupidity that fill the ranks of the GOPers and this cycle will continue.

@ManchuCandidate: There’s a real chance, however, that the traditionally Democratic Hispanics of Northern New Mexico might go GOP this year in our gubernatorial election.

Mrs RML and I disagree on this, but I believe that the GOP may prevail (a) because they’re running a female Hispanic Catholic and (b) by playing to that ethnic bloc’s prejudices: anti-gay, anti-immigrant, anti-abortion. Bill Richardson also squandered the Democrats’ political capital by running a corrupt, crony-filled administration that handed out contracts and jobs to fat cats that could help his presidential run and ward heelers who helped get him elected governor.

I’m reading a fairly boring article about whether judges should be elected or appointed (they’re elected here in Washington state), which lists the standard boilerplate about why they should be elected (accountability to the public, campaigns highlight the issues for voters, WTF?) and one of the people interviewed for the article, Joseph Giles, who’s firmly on the ‘appointed’ side states: “Any kind of discussion with the average voter will convince you that they don’t know anything.”

Joseph Giles, you are my hero for speaking truth to power today.

I would comment, but Gingrich is on my “Cannot Be Arsed” list. Fuck him, he’s not tall enough to be president and he’s been away from the levers of power for to long to mount a run. Plus: Muppet Voice.

But I don’t care, I simply cannot be arsed to.

TJ/ You people rock. Venture Bros. is ne plus ultra. Did you all see it last night? They hit it out of the park.

@SanFranLefty: Gawdammit, SFL, now I’ll be haunted by that forever.

Also, I am surprised you have time to read outside of school, and I say that affectionately, because if your semester is anything like mine, I have had the need to ingest tons of Adderall to get all of my shit done.

@Serolf Divad: In everyday conversation, my code word for this crypto-racism is “the sherrif is near,” for example, if someone says, “did you hear what Gingrich said,” my response is, “yeah, he said that the sherrif is near.”

I think Obama should try the same tactic Cleavon Little used against Mongo, and start delivering “candygrams” to these fucks.

“I, for one, welcome our new insect overlords.”

We’re on that weird quarter system thingy up here, so I’ve finished Summer quarter, and my fall classes don’t start until September 28th.

I’ve been celebrating by watching Riptide, a detective show about two best friends who live on a boat and solve crimes with a geek, a speedboat, a helicopter and a dysfunctional robot, the “Ro-Boz.” Possibly the greatest teevee show a ten year-old boy ever saw. Also, Perry King’s circa ’85 hubba-hubba-p0rnstache makes my pants tight.

@¡Andrew!: I wish I had quarters. Semesters are so incredibly long.

Btw, I saw Cairo Time at the movies on Saturday night. I can’t recall Cairo ever presented on the screen in such a breathtakingly beautiful and haunting way, and Patricia Clarkson was absolutely radiant. Def a must-see.