The Other Ground Zero 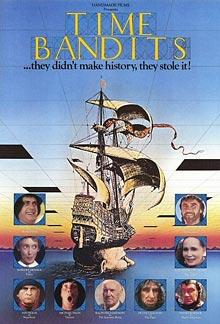 Congratulations to the new Royal Mecca Clock Tower, which starts ticking today with visibility an interstate truck stop would die for:

The clock’s four faces are 151ft in diameter and will be illuminated by 2million LED lights along with huge Arabic script reading: “In the name of Allah”…

Residents of Mecca will also be reminded that it is time to pray when 21,000 green and white lights, visible at a distance of 18 miles, flash five times a day.

No disrespect, but can we just say how much we love being an infidel? Even under the most liberal devotional strictures, we’d have problems making the Wednesday-night social meetings.

But that’s not our interest here. The new clock, we’re told, will be running on Arabia Standard Time, which would be news if it wasn’t. Problem is, AST runs three hours ahead of GMT, which apparently puts Islam at a competitive disadvantage:

Islamic scholars hope the clock’s influence will stretch far further than the sands of Saudi Arabia, as part of a plan for Mecca to eclipse the Greenwich Observatory as the “true centre of the earth”.

For the past 125 years, the international community has accepted that the start of each day should be measured from the prime meridian, representing 0 degrees longitude, which passes through the Greenwich Observatory.

A standard time by which other clocks were set was needed to organise global travel and communications, but in the Islamic world the idea that it should be centred on a part of London is seen as a colonial anachronism.

As Mohammed al-Arkubi, manager of one of the hotels in the complex, put it: “Putting Mecca time in the face of Greenwich Mean Time. This is the goal.”

Look, gang, we enjoy boosterism as much as the next resident of America’s Finest City, but you’ve thoroughly infiltrated Christendom with your Sharia Numerals. Can’t we just call it even?

Because once you start down that road, you don’t know where it will lead:

According to Yusuf al-Qaradawi, an Egyptian cleric known around the Muslim world for his popular television show “Sharia and Life”, Mecca has a greater claim to being the prime meridian because it is “in perfect alignment with the magnetic north.”

Well, no. Magnetic North is at Ellesmere Island in Canada this year, or 79° West longitude. And you really, really don’t want to be setting your clocks to 79° Lynchburg, Virginia.

I’m thrilled to see the House of Saud found something so constructive to do with the trillions in oil money they collect. Personally I’m thankful to live in a world where the single overriding problem we face as a species is deciding how to set our clocks.

@Dave H:
To be fair, it’s not like they want to deal with Global warming or anything.

these rumors are killing me:

Volition, the studio behind Saints Row and Red Faction Armageddon, is entering a new space. The Illinois-based developer is currently collaborating on a “new action role-playing game” with “a high-powered creative talent in the entertainment industry.” Who could that be?

If previous reports are right, it might be Mexican director Guillermo del Toro. He’s helmed films like Hellboy, Pan’s Labyrinth and The Devil’s Backbone. The LA Times recently named del Toro as part of a deal with publisher THQ, after the director told MTV Multiplayer he was getting into video games.

Volition laid out its plans to create an original, unannounced franchise in a fresh job listing, spotted by 1UP. Here’s the open position’s description: “Volition is searching for a Design Director for a new action role-playing game. We are collaborating with a high-powered creative talent in the entertainment industry to develop this original, unannounced franchise.”

Del Toro told MTV the deal would be officially announced “in the next few weeks.” Given the movie director’s discriminating taste in games, it’s an announcement looking forward to

the trouble with heros:

looks like the guy was just another bitchy flight attendant:

BELLE HARBOR, N.Y. (CBS 2) — The saga of Steven Slater, the flight attendant who flew off the handle, is raising doubts Thursday morning.

Sources tells CBS 2’s Marcia Kramer that police have completed interviews with 70 percent of the passengers aboard Monday’s bizarre JetBlue flight at Kennedy Airport and all of them said they never saw flight attendant Steven Slater get hit in the head with a piece of luggage or argue with anyone.

This flies in the face of what Slater has said led to his now-infamous meltdown.

The sources said that police still have to complete interviews with all the passengers.

Meanwhile, a pair of Pittsburgh women aboard a JetBlue flight Slater was rude to passengers and instigated the confrontation that resulted in his spectacular exit.

@Capt Howdy: Facts can be messy.

Today in two-steps-forward-three-steps-back news: Another carnival game in Jersey that featured a throwing game with an exaggerated caricature of Obama decided to take it down after the secret service paid him a little visit…and replaced it with Dubya and Hillbot instead. So for the record: chucking things at likeness of current POTUS is a no-no, but the former POTUS and current Sec. of State are a-okay!

Also, my favorite facepalm detail about the story is that, prior to replacing the Obama figure, they simply put a bag over its head.

@flippin eck: Is this something about Jersey in particular?

they simply put a bag over its head

you know, post gitmo its sort of hard to think of that as unfair.

Note to SFL: I’m going to Baja Bud’s to get a burrito. Pls ask Judge Walker to hold off ruling on the stay motion until I get back, maybe 10, 15 min.
Thank you.

Take your crackberry with you. I’ll let you know – homofascist is stuck in meetings and wants me to give him the word too.

@nojo: Strangely apropos if they popped up at the same time.

@SanFranLefty: Y’know, if they were as smart as Nojo, they would sell ads on PACER for events like this.

@Dodgerblue: No joke. And I think I could do a better job designing the ND Cal’s website than they did.

What kind of burrito did you get?

In other pointless news I’m ignoring whilst we wait…

So whatever else happens, we’re already ahead for the day.

365gay says no stay, but I’m not seeing it anywhere else just yet.

@SanFranLefty: Burrito Grande, which is everything in the store, hold the sour cream, extra cilantro.

@mellbell: They haven’t uploaded the decision yet, so unclear how 365gay would know.
@Dodgerblue: No sour cream? What about guac?

I went to funeral yesterday up in chicago land and rushing around to get out of the house I forgot to bring shoes so I ended up going to the service in my vibram five fingers
at least I have the black ones.

@SanFranLefty: The original ruling was leaked by a staff member or something, so it’s entirely possible that 365gay has it. But best to wait for a better source to confirm, or the ruling itself.

@Dodgerblue: Guac is key. I’m still dreaming about the fantastic lobster burrito I had in Sandy Eggo…which I had no idea was down the street from Stinque’s World Domination Headquarters.

@nojo: Everyone on twitter and the blogs are linking to 365gay. I’m going to wait until I get the email notice from the Court to post the open thread.

Freedom to Marry just sent out a press release that it was lifted. New post coming up.

@SanFranLefty: JoeMyGod is also running with it, but no links. Definitely wait — this would be an incredible bummer if everyone’s wrong.

Oh, and that’s the Stinque Remote Office. SWDHQ is up the hill from Shakespeare’s.

What struck me most about the trial was that the defendants had no case, no evidence, zip, nada, nothing, goose egg. I think at one point that asshole lawyer, when asked by Judge Walker to begin presenting evidence and testimony, flat-out told the Judge that he didn’t have to. Now, I’m no lawyer–though I have watched enough years of Law & Order, Original Flavor, to practice in at least the Southern states–but that seems like the most shocking, asinine, career-ending, dog-ate-my-homework, insane idiocy for a trial lawyer to spout–and to a federal judge!!

So given that the defendants of Prop 8 have no case, how can they justify a stay?

@Original Andrew: They weren’t able to justify a stay.

There’s a specific shout-out to Cathy in Penguins (and how it’s not funny):

Sister Mimi Coco: Oh yeah, I thought I saw Sister Phyllis reading the horoscope in the newspaper the other day. She said she was reading “Cathy.”

Sister Bernadette: Well, find out! I want this abbey free and clear of anything occulty or superstitious! [both genuflect]

@IanJ: @flippin eck: And yet Garfield still walks the Earth.

@flippin eck: Do you need to go face-plant in a chocolate cake?

I hated that cartoon.

@SanFranLefty: My favorite thing about the end of “Cathy”–other than it being the end of Cathy–was the cartoonist saying she was quitting to spend more time with her 18 year old daughter. Now that the nannies have done the dirty work and raised her. Of course, doesn’t EVERY 18 yr old dream of spending more time with their (I think we can safely say dysfunctional) mother? They’re way more anxious for parental contact that the average, say, three yr old.