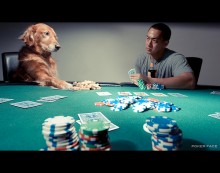 Remarks have been made elsewhere on this site this afternoon about the American Family Association’s stance in re mosques.  Which is: no mosques in the United States — anywhere.

Naturally, this is probably a “move-the-goalposts” moment — making a ban on a mosque in Lower Manhattan seem reasonable, etc.  But a commenter over at TPM came with this:

Every teabagging idiot that agrees with this fuckwit while whining about Obama “ignoring the Constitution” should get a copy of the First Amendment nailed to their forehead.

Normally, the commentariat at mass-market sites have a shockingly high level of stupid.  (You can’t read a news story on CNN anymore without running into ten mouthbreathing morons.)  But this commenter parked it, like Mark McGuire in the bad-old days.

And so: we should run a special, teabagger-only poll….

Pick one, teabaggers — and death is not an option: (A) The Constitution. (B) Ban all mosques.

Push it on the right-wing blogs.  Cross-post on Free Republic.  The whole smash.  Time to call their bluff.

CB – you obviously don’t understand the Teabagger Constitution – the 10th amendment allows the states to decide who gets free speech rights, unless the Teabaggers don’t like the particular state’s decision, in which case patriots can invoke their 2nd amendment remedies. Also, 1st Amendment rights are reserved for religious nutjobs and conservatives, but liberals and atheists lose their free speech rights when they point out that said religious nutjobs and conservatives are lying, or use mind control to elect a Kenyan Musliam Indonesian usurper. You need to bone up.

blogenfreude: I blame U.W. Law School, swisscheesing my brain with two semesters of Con Law like they did. That dirty liberal Ann Althouse taught one of ’em.

@chicago bureau: I had two semesters as well, but my rights prof was terrific – will try and get his name.

@blogenfreude: Right on! Teabaggers know we have a 2nd Amendment to stay armed, loaded, quivering in the dark, murmuring the Adkisson cannon, kill, kill, kill, in the name of fucking Jeebus, yes, make the fucking commie fucks bleed, yeah, ready to go fucking berserk in a moment’s notice when a fucking enemy of the Republic has appeared and needs to be turned into pulled fucking pork. This is the America the founders intended. Get with the program! Get with Jeebus! Get with gun! Ha! Hahaha! Hahahahahahahahahahahahahahah!

I’m expecting the argument that Islam is a “lifestyle choice”, and the gummint should send money to right-thinking churches to support deprogramming crusades to convert the unfortunate to a church on an AFA approved list.

No First Amendment problems there.

Heh – at the risk of sounding like a self-promoting tool, that’s from one of *my* comments.

I’d like to thank all the Stinquers for instilling an appropriate sense of apocalyptic vulgarity and occasional outburst of ultra-violence. ;)

@al2o3cr: That’s a funny coincidence that CB picked it out of the hundreds of comments…

@al2o3cr: Congrats! Getting a comment made elsewhere reposted on Stinque is even more impressive than inspiring Noje’s daily tweet.