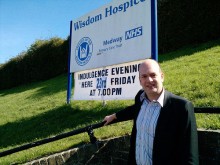 Yeah, you guys know this already, but it’s still a classic headline.

From the Daily Telegraph: “Tory MP ‘too drunk to vote in Commons debate.'” Snips, including some nice turns of phrase, and a positively Pythonesque name on the offender:

Mark Reckless [Oh, dear. — Ed.] was one of a number of MPs accused of being “well-refreshed” and “convivial” during the late night sitting which finished at 2.48am on Wednesday.

The 39-year-old new MP for Rochester and Strood had been drinking alongside scores of MPs on the Commons Terrace and was not the only one said to be worse for wear.

John Randall, the deputy chief whip, was accused by Angela Eagle — the shadow Treasury minister — of having indulged in “rather a liquid evening”.

Stephen Pound, the Labour MP, said Miss Eagle could not be heard in the Commons “because of the well-refreshed ejaculations [Oh dear, cont’d.  — Ed., cont’d.] from the benches opposite.”

Mr Reckless, who became an MP at the general election in May, was understood to have had difficulty standing and has scant recollection of the night.

“I feel very embarrassed,” he said. “I’m terribly, terribly embarrassed. I apologise unreservedly and I don’t plan to drink again at Westminster. It was a mistake I will not be repeating. I have learned my lesson.”

No, Mr Reckless.  Booze it up.  Maybe Steve King (R-Dumb Half of Iowa) might take a lesson and give us all what would be some of the best legislative comedy EVER.

We’ve all been here: “was understood to have had difficulty standing and has scant recollection of the night.”

Paul the Octopus inks on you all from a considerable height.

He is An Octopus of Exceptional Health!

I don’t see the problem.

Um. Octopi don’t produce ink. That’s squid. And here’s another item I used to find delicious removed from the realm of possible foodstuffs following the black worms eating the brain of a tank-lobster issue. Oh dear.

Meanwhile I’ve got frogs in the pond outside my study going gow wow! And Bruno hasn’t killed them. Yet.

oh CB. you have me leaking from laughter. i haven’t laughed this hard since 10:30 pm last night. NEW HEE-larious show on A&E..”the Glades”
DONT miss it! i’ll be reminding you next sunday to tune in with me. was laughing so hard tears were rolling down my face and i literally couldn’t breathe. some of you have lives. i gladly take the responsibility of navigating the tubz for winners. someone has to.
before the glades, it criminal minds on A&E. join me and FBI behavioral analyst’s hochner, morgan, garcia, rossi and prentiss stalk and capture the Best serial killers EVER. stunning season premier with new agent from counter terrorism, so i knew right away things were gonna go boom. must see tv.

@Benedick:
MAKE IT STOP
i am speaking like bruno. everything is vewy vewy something. i’m vewy vewy annoying now. vewy vewy. MAKE IT STOP

This all is in keeping with fine British tradition. From a description of the decisionmaking behind invasion of Crimea:

“[T]he Cabinet had taken the vital decision of the war while in a state of torpor and [Kinglake] speculated about the possibility of ‘a narcotic substance having been taken by some mischance’ in their food. He was too tactful charitable to mention the obvious conclusion, which is that they had had too much to drink.”

Flashman at the Charge note 11.

From this, came the Charge of the Light Brigade and other noted stupidities. Still, it was better policymaking than the lead up to our adventure in Iraq.

That’s why I fact-check tweets:

“The octopus inhabits many diverse regions of the ocean, especially coral reefs. For defense against predators, they hide, flee quickly, expel ink, or use color-changing camouflage.”