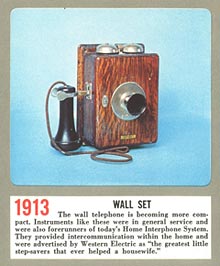 One of the strangest teabagger issues this year — which is quite an accomplishment, considering — has been the disdain for the Seventeenth Amendment.

No, it’s #17 on America’s Top 27, the one that undermined our entire system of government: “The Senate of the United States shall be composed of two Senators from each State, elected by the people thereof, for six years.”

This danger to our Republic was first brought to our attention back in March, when Louie Gohmert forgot his meds:

Ever since the safeguard of State legislatures electing U.S. Senators was removed by the 17th Amendment in 1913, there has been no check or balance on the Federal power grab for the last 97 years.

If this was a safeguard, we were unclear whom it was protecting — perhaps politicians from the public, as the Founders intended. But we didn’t pursue it, because, well, we can only process so much crazy at a time.

But thanks to the diligent research of Professor Glenn Beck, University of New Dementia, we can now present the unassailable logic behind the disdain:

The Senate was supposed to be elected by the states, not the citizens. Voted on by the state legislature and then sent to Washington.

So what would that do? That held their feet to the fire of the state. They actually represented the state. If it wasn’t good for the state, they weren’t going to do it. That was the idea.

That’s a mighty feat, if you think about it: The Founders predicted telephones even longer before the Sixteenth Amendment predicted black helicopters.

Yes, we’re being silly. In 1914, just after the Seventeenth Amendment was ratified, one in ten Americans had telephones. You got your state senator or governor on your neighbor’s phone.

Alas, that option’s not available now, but that shouldn’t prevent right-thinking Americans from taking matters into their own hands. Instead of waiting for our nation to overcome the tyranny of the ballot box, Beck’s legion of raving idiots followers can put thought into action this November:

The teatards want to end direction elections it seems because it is easier for them to be appointed by state legislatures (which are easier to control for Teabags – see Tejas, Idaho, etc) rather than have to face the “harsh” “mean” “gotcha” media scrutiny of being elected.

In Canada City, we have the opposite problem as we don’t elect the feebs known as senators. They’re appointed by the gubbiment in power. The problem is that this allows political parties to appoint useful toadies and butt licks into permanent sinecures. One would think this would be a problem, but our senate doesn’t do shit except rubber stamp gubbiment bills. The senators are dolled out based on proportionate to population infuriating the anti-immigrant areas of the west.

However, PM Baby Huey in Big Boy Pants wants to change that to the Western dream of the triple E senate. Elected, Equal and Effective. In other words, turn it into the feeb US America system where one house plays against the other. Plus it would allow certain provinces to gain influence disproportionate to their populations thus allowing gridlock. Fortunately no one outside of the West and PEI really like the idea.

Of course, there *are* a certain number of idiots trying for the 14th.

There’s also the issue that not all the wingnuts are ranting about the same 17th amendment – some of them have an extra one so they might be referring to (our) 16th, which is a perennial tax-protesting whackadoodle favorite. Assuming, of course, that they don’t *also* believe that the 16th doesn’t count…

The stoopid, it burns!

just found out I am related to Mark Twain. how cool is that?
just got this from a relative that has been doing all that family tree stuff:
(my family name is casey)

even more strange, I seem to be related to a former SC politician.
One of Abner’s sons, Gen. Levi Casey represented the Spartanburg, SC district in the House of Representatives of the US Congress 1802-1807. He is buried at the Congressional Cemetery in Washington DC.

@al2o3cr: For more details copy their web address listed below and paste it into the location space at the top of Netscape Navigator.

Thanks for that. I really needed a laugh.

@al2o3cr: I just threw up a little from the crazy.

I am convinced that with every passing day, the Teabaggers really want a wholesale rewrite of the Constitution to fit their fabled visions of how the Founding Fathers intended for the country to be — a country where only male white property owners controlled the government and had political say.

I assume that they’re looking to take down the 19th Amendment, too.

And why do these people suddenly care about the Constitution now, since it was completely shat on from 2001-2009?

@mellbell: Netscape was The Shit!

I cannot deal with this shit this morning. I have enough stupidness to deal with with Baby Einstein.

@Tommmcat Still Gets Carly Confused With Meg: This is why God invented show tunes.

TJ/ Michael Steele, the gift that keeps on giving, on Afghanistan:

“This was a war of Obama’s choosing. This is not something the United States had actively prosecuted or wanted to engage in … if he’s such a student of history, has he not understood that you know that’s the one thing you don’t do, is engage in a land war in Afghanistan? All right, because everyone who has tried, over a thousand years of history, has failed.”

oh yeah.
and german and welsh and heinz

on topic, I think we should just go to mob rule and be done with it.

For bonus points, I want to see him square today’s mess with this from just 6 months ago.

@Mistress Cynica: Wow, I think Steele’s stoopid beats out Sharron Angle saying that the separation of church and state is unconstitutional. The stoopid, it burns.

@al2o3cr: @SanFranLefty: Isn’t it impressive?? Srsly, I’m awestruck. I wish I thought the Dems were clever enough to have planted him as a double agent.

But Shouldn’t the Federal Government Have Forced the States to Abolish Slavery?
“Slavery” is (1) kidnapping followed by (2) imprisonment. If Mr. Black kidnaps Mr. Brown and enslaves him, how is Mr. White morally superior to Mr. Black if White threatens to kidnap Mr. Black and lock him up in prison? When the Apostle Paul wrote a letter to a slaveholder named Philemon, Paul did not threaten Philemon with eye-for-eye vengeance. Paul used moral argument to persuade Philemon to release Onesimus the slave. Slavery is unChristian, but the Constitution allowed the states to retain the power to have slaves if they wanted. The Bill of Rights did not free the slaves. The Declaration of Independence and the Bill of Rights together give states the right to legalize slavery. I’m sorry, but that’s a fact.

@al2o3cr: I always thought “Esq.” was shorthand for “asshole”.

@JNOVjr: Slavery is allowed as punishment for a crime. 13th Am:

Section 1. Neither slavery nor involuntary servitude, except as a punishment for crime whereof the party shall have been duly convicted, shall exist within the United States, or any place subject to their jurisdiction.

@Tommmcat Still Gets Carly Confused With Meg: BTW do you know or work with a guy named Justin over at Mouse House? Just moved in next door to me.

T/J: the metal condom atop the BP deepsea gusher is now wiggling, wobbling and swaying. There’s a good video feed here: http://www.ustream.tv/recorded/8014610. BP says the sideways motion is because of the hurricane. I was unaware that high winds can cause wave motion 5,000 feet underwater. C’mon, guys.

@Dodgerblue: Heard BP may be dumping sand on beaches to cover up oil.

@Dodgerblue: Not entirely sure what I’m looking at in that video. I mean, I know what the video is of, but I don’t know what’s what. Looks like the world’s largest science fair volcano gone horribly wrong.

@Dodgerblue: Don’t come a knockin’ when the pipeline’s a rockin’…

Ha! The beaches are getting off easy. Try burning turtles alive and refusing access to rescue groups – doubtless, I’m sure, in the name of reducing potential fines by destroying the evidence. Once again, shareholder value FTW!

@Dodger: is “drawing and quartering” an available legal remedy? Because it’s becoming more and more appropriate…

ADD: We are fucked. Most national elections come down to within a few percentage points, and on top of the 20% that “weren’t sure” who we declared independence from, 6% named ANOTHER COUNTRY (France, China, Japan, Mexico, and Spain were most popular).

@JNOVjr: Well, the oil is mostly coming out of the bottom of the tin can thingy that is bolted to the top of the broken-off riser (pipe to the surface). If it worked perfectly, all the oil would go up through the tin can thingy and through a pipe up to a ship on the surface. That ain’t happening, probably because the pressure of the oil and gas is so great that BP can’t get a good seal, even by bolting the thingy down.
There are also vents on the top of the thingy that can be closed but that BP is keeping open out of fear that hydrates (like ice) will form inside, creating so much pressure that the thingy will blow off the pipe entirely. This is why they halted the first containment dome attempt a few weeks ago.

There are cynics who think that none of this stuff will work and BP knows it, and is just stalling and letting the well vent until the pressure has dropped enough that they can shove some mud downhole and block it. I don’t know if that’s true or not.

@al2o3cr: My guess is that BP will blame the turtle roast on the locals whom they’ve contracted with to burn off oil.

Hm, no, no Justin. What department?

@Tommmcat Still Gets Carly Confused With Meg: You missed his other avatar [rant]. :-(

@Tommmcat Still Gets Carly Confused With Meg: Will find out. I’ve met his partner, but not him yet. They have replaced The Neighbor From Hell and have a very cute dog named “Betty” with whom we’re arranging a play date so that my dog will stop the fucking barking through the fence already.

@Tommmcat Still Gets Carly Confused With Meg: And because I think my kid’s great, I’m posting it here, too.

Darling, I have such trouble pleasing you lately…

@Tommmcat Still Gets Carly Confused With Meg: Never! I only stalk you because I love you.

@Tommmcat Still Gets Carly Confused With Meg: Ah, thanks. It’s an evil togepi eating a banana.

Slavery is allowed as punishment for a crime. 13th Am:Section 1. Neither slavery nor involuntary servitude, except as a punishment for crime whereof the party shall have been duly convicted, shall exist within the United States, or any place subject to their jurisdiction.

That should send a thrill up the teatards’ totally-not-racist legs, since DWB is already a de facto crime in so many places.