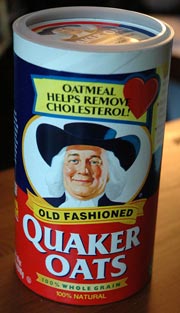 This was a war of Obama’s choosing. This is not something the United States had actively prosecuted or wanted to engage in… If he’s such a student of history, has he not understood that you know that’s the one thing you don’t do, is engage in a land war in Afghanistan? All right, because everyone who has tried, over a thousand years of history, has failed.

I am glad the president will finally provide General McChrystal with the troops he needs… If the president remains committed to this crucial fight, Republicans — and the American people — will stand with him.

There are, of course, those who think we should pull out of Afghanistan, and they’re certainly entitled to make their case. But one of them shouldn’t be the chairman of the Republican party.

And TPM suggests that this may be the gaffe that finally takes Steele down.

So here’s the thing: Republicans shift blame and rewrite history all the time. Steele’s problem is that he’s so bad at it. If Karl Rove had made the point instead, “Obama’s War” would be in the headlines for the next week.

Don’t you think Michael Steele has become such a joke that he can literally say ANYTHING and get away with it. Watch how quickly the real GOP sharks gather whenever one of his wild accusations gains the slightest bit of traction with the fair and balanced MSM. I think the GOP is using Steele as their expendable but still racially bulletproof point man in the anti-Obama crusade.

@Dave H:
Perhaps, but what do you do when the point man keeps shooting himself in various body parts?

@Dave H: His real protection is that he was a compromise candidate to begin with, and if he’s out, the factions won’t be able to agree on a successor — at least not without a lot of entertaining foreplay with long knives.

And that was before the teabaggers came out to play.

But in this case, Steele’s protection is more simple: It’s the Friday before a holiday weekend. All will be forgotten by Tuesday.

that’s the one thing you don’t do, is engage in a land war in Afghanistan

But only slightly less well-known is this: “Never go against a black Republican when media death is on the line!”

If they were smart, they’d give Steele the boot and replace him with a Latino/a that is not so obsessed with shoving said boot into his/her mouth.

@maitri: Of course, that line of his reminded me of The Princess Bride and “never get involved in a land war in Asia” which thanks to stream of consciousness now has me saying “INCONCEIVABLE” over and over for no apparent reason.

This guy should be in the Olympics as a gymnast, given the way he can contort himself to shit in his own mouth over and over again.

@JNOVjr: And I wish that hypothetical Latino/a good luck responding to the next sound bite from Arizona.

@nojo: His other protection? Irrelevance to the fundraising goals of the Republitards. That’s TurdBlossom’s domain, and according to an article in a reputed paper of record (Rolling Stone), Rove is doing it all outside of the usual campaign financing rules because of that ruling that soylent green iscorporations are people.

Wow, wait, Steele is complaining about a War of Choice? And he’s saying Obama chose it?

Just when I thought these people couldn’t be any more two-faced or hypocritical, to say nothing of historically inaccurate, they pull out the stops and let the shit flow.

Speaking of asshole Republicans, California Court of Appeal sides with the Guvernator’s order that all state employees be paid the federal – not state, which is more – minimum wage as of yesterday and until we have a state budget.

@SanFranLefty: Frienda mine argued that one for the unions. Bummer.