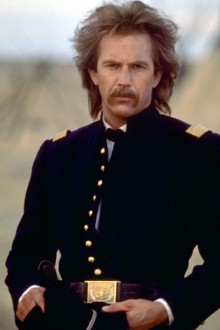 According to the technology site Gizmodo, British Petroleum has just purchased 32 of the oil/water separation centrifuge devices that the brother of actor Kevin Costner developed shortly after the Exxon Valdez oil spill. Costner set up a company to market  his brother’s invention, investing $20 million of his own cash and has been pushing for BP to adopt the technology as it fights the massive oil spill in the gulf. The machines themselves are said to be capable of cleaning 288,000 gallons per day.

This means, of course, that Kevin Costner has already done a whole lot more to clean the Gulf Coast than Sarah Palin. But then, if you think about it, so probably has Trig.

So in recognition of Costner’s noble efforts, we hereby officially forgive him Dances with Wolves.

Meanwhile, we’ll keep a look out for giant meteors hurling towards Earth that might provide Costner with the opportunity to atone for Waterworld.

Whaaat? We’re talking about an actor who was in a host of terrible movies, and you’re going to pick on him for DWW? I get that people are outraged that both DWW and Braveheart won OscarsTM, but I don’t think either one of those is actually a bad movie. A little schlocky, granted, but still better than 75% of the rest of the gawdawful crap that dribbles out of Hollywood on a regular basis….okay, okay, full confession: I adored DWW, saw it several times in the theater, owned the soundtrack, and even convinced my family to visit the film location/tour in South Dakota during a family vacation.

@flippin eck:
Way to come out of the DWW closet! Road trip to South Dakota? Wow.

@SanFranLefty: We were on our way to/from a more logical destination like Yellowstone–that was just a stopover. Still, I guess I did pretty much out myself there. Huh.

@flippin eck: The soundtrack to DWW is fine. I have it too. Great background music for just about anything.

@flippin eck: I never saw DWW but Braveheart stopped me cold in the scene in which the faggoty fag got thrown out the window because of his faggotry. That was so funny I had to put some pants on and go and lie down. Plus, I had to wonder if anyone involved in the making of it had ever actually met a scotsman. Plus the Mel Gibson ewww factor which is considerable.

@flippin eck: Wow. The closest I came to geeking out over a film was at 17, on a h.s. trip to EnglandGoalFail. I wasn’t just intent on burying myself in Beatles trivia (bought the Parlophone version of this – at Harrod’s!), I also called out “hey, that’s where they filmed the tank scene from ‘Help!'” on the road to Stonehenge, seconds before the tour guide pointed it out to our group.

@Benedick: I saw Braveheart in a huge lecture hall filled with students of Scottish persuasion in Aberdeen. They may not have mistaken anyone in the movie for their relatives, but they did get awfully rowdy during all those “freedom” speeches, as if they were at a Sporting event.

@Nabisco: Prince Edward Island is still on my bucket list thanks to Anne of Green Gables.

@flippin eck: Don’t tell anyone, but I picked up a loose floor stone at Westminster Cathedral and put it in my pocket during that trip. And whistled a popular Crosby, Stills and Nash song of the era while I did it.

I also: (a) marveled at milk bottles on the front stoop of what I imagined were “council flats”, (b) used as many of those cute pay phones as possible, (c) ordered – and drank – a pint of Guiness by merely pointing at a table and saying “one of those” and (d) saw my first punk rocker, blue hair and all. 1977 baby!

@flippin eck: No one hates the English more than the Scots. Except perhaps the Irish.

@Nabisco: You did what? I hope it wasn’t part of the Chapter House’s 14th cent tiled floor. I might have to call Nigel of the CID. BTB, it’s an abbey. You’re getting cross-fertilized with Beatles and Winchester Cathedral.

And I’m not embarrassed to admit that I visited Bath simply on the strength of Jane Austen, and as a huge, I mean HUGE, Sherlock Holmes fan, I went to Baker Street and paid money to go into the 221B Baker Street museum/tourist trap, and had a delightful time.

@SanFranLefty: Bath should be seen by everyone. The theatre is the most perfect I’ve ever known.

But what we all want to know is: did you see the ha-ha?

@Nabisco: You beat me by a year.

Best part for a 19-year-old: The low drinking age. I’ll have a Cool Harp Lager, whatever the hell that is.

@flippin eck: Now might be a good time to mention that I thoroughly enjoyed Open Range. (Though I will not be buying it for the low, low price of $6.49, as the Amazon ad is suggesting.)

All I remember about DWW is the opening amputation scene. I think about it every time I pass a display of saws, including last night at Home Depot when I slipped in a new camping axe with my landscaping purchases.

Speaking of camping, Son of RML and I are doing an overnight backpack trip to some area lakes this weekend. Next week, summer party. Week after that, car camp with Mrs RML and her mom. Oh, maybe not – that’s 4th of July – ALREADY???!!!

ADD: Holy crap, they want a lot for a backpack at REI. The local mountain shop is even worse.