Stinque
Home Latest Comments Log in
If it smells, we’re on it.
Stinque
Mastodon: @stinque@mas.to
Fashionistas, The Gays Are Everywhere

While L.A.’s Pride celebration this weekend features the Log Cabin Republicans’ Tea-Bag Game, your Stinque editors are waiting to hear from our D.C. correspondents if Rep. Aaron Schock (R-IL) will be on the Log Cabin float for the Pride Parade that’s going on this weekend.

Our friends at Gawker report that a photo taken of the youngest member of Congress at a picnic last week is “jamming up the gay staff listserv” on the Hill. Gee, I wonder why? 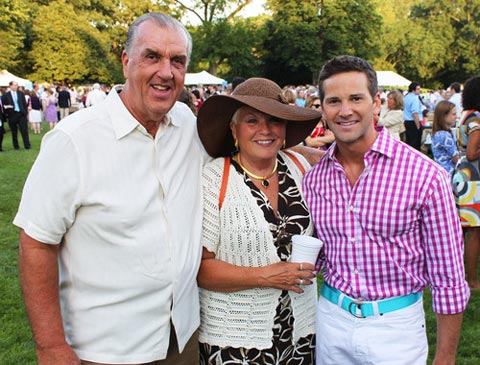 Is it the aqua belt like the on I had in 1984 to hold up my Jordache jeans, the unbuttoned-yet-tucked-in ironed pink shirt with the perfectly rolled-up sleeves, or the white jeans?

cute in waspy scrubbed way
but the voice would ruin it. course you can always find something else for that mouth to do

Is that Ed McMahon on the left?

Mom’s from Missouri, has been drinking since 11 am, and is trying to dress like more of a queen than her dear son.

Yes I should be at work but whatevs. Don’t judge me.

When I first saw this I admit it brought out the harsh disapproving puritan in me, never a bridge too far where I’m concerned. Checking back on it I decided to lighten up, get over myself and bring to Stinque a report on today’s burning question over at Camp Mo: Is He or Isn’t He?

This might come as a surprise but the outfit was met with some skepticism as being proof of affectional affinity.

Even though the gingham look filled everyone with happy nostalgia for Judy Over the Rainbow (Michael Signorile even going so far as to track down a matching gingham lunch-pail) the overall effect was simply too awful to be gay. However, after factoring in the mid-West aspect some consensus seems to have been reached that it is in the realm of the possible if for no other reason than, well, look at him.

A good deal of attention, generally favorable, was paid to the package though some expressed doubt that it was all real and feared that tube socks might be involved. This poolside pic was referenced to verify reality of package. I’m no authority on frat boy douchebags so I could well be missing what’s obvious but this does have a distinct Neil Patrick Harris vibe going on. The belt set off quite a few fond memories of Charles Nelson Reilly but it was felt that no truly valid judgment could be made without seeing the shoes. Many expressed dismay at the matchy-matchy aspect which again caused unease about what was not seen: ie, the socks. Some suggested that the belt, which was considered an abomination by all – with a spirited discussion on what the hell that particular color is called and why anyone male, female, or transgender would wear it – some thought it could be matching unseen socks while others suspected his boy friend’s eyes. However, all seemed to be agreed that on a gay-scale of 1-10 this was at least an 11. Some younger members of the fraternity who had only recently been issued their pink cards got all holier than thou about gender stereotyping and the heterosexist norm but this was generally met with cries of lighten up, look at the gay-face on him, for God’s sake!

Many in the brotherhood were relieved to have found this year’s Hallowe’en costume so early and that it wasn’t going to have to be Lilo in her ankle bracelet after all.

Most constructive comment was, in my opinion, that the Republican Party should simply combine its next annual convention with DC Pride.

As a final kicker, some bright spark posted this. Which could I suppose be considered NSFW – unless you happen to be in the male chorus at Goodspeed Opera House.

Add. Most trenchant comment? If he is gay he is obviously home-schooled.

I was busy doing groovy Indian stuff with Son of RML up at the ancestral homeland yesterday so I was not able to be in solidarity wih my gay brethern and sisteren. *terraist fistbump of love*

We were on a ceremonial rabbit hunt yesterday with about a hundred other guys from the Pueblo moving through the sagebrush in search of our honored prey. Watching the leaders direct the riders and runners in the formation of a giant circle that is collapsed from the start point to the point where the circle was formed by the meeting of the two advance parties gave me some insight into the movement of people on foot and horseback carrying out a task over open country, musings probably inspired by the book I’m reading now, “The End of Empire: Atilla the Hun and the Fall of Rome,” Christopher Kelly (2009).

We pushed across the land on a windy day in a series of such circles, throwing clubs at the few rabbits we actually rounded up (most got away). I’m sure this practice, which is held in advance of each of the three Corn Dances we have over the summer, is easily a thousand years old and was probably done only on foot with clubs before we got horses from the Spanish after the mid 1500s. The stitching failed on a pair of moccasins I sewed for Son of RML (only my second pair ever), but we kept them together with camoflauge duct tape. Ominous note: the rabbit population is way down. Dudes have never seen the hunting so bad.

/ off to Wal Mart to restock on tape, then Home Depot, then hopefully get in some fishing or hammock time. Elk steaks tonight. Mmmmm.

@redmanlaw: Damn. I’ll send you some of ours. Ceremony should not be lost.

@Benedick and redmanlaw: I love you guys. Your two comments sum up so much of what I love about this joint.

I would rock the belt, but white jeans are never, EVER okay.

@Benedick: Thanks babe. I love soccer practice. Very timely I should say…

He actually got up that morning and said to himself “I will wear this aqua belt with this fuchsia pattern gingham shirt around Gay people”.

I am forbidden to refer directly to the other components of the outfit as the Gay rules in Weho restrict discussion of fashion abominations of this magnitude to sidelong glances and silent, icy shade.

…and that dude totally has had at least seven in his mouth, maybe eight. This doesn’t necessarily make you Gay, however, particularly IYAR.

@homofascist: @Tommmcat Still Gets Carly Confused With Meg: See note re Burning of the Belt in other thread. Was Celine Dionne playing in the background?

BTW, men, any thoughts on the basket?