Stinque
Home Latest Comments Log in
If it smells, we’re on it.
Stinque
Mastodon: @stinque@mas.to
Blogfill

Drunk chick gets airborne at the airport:

She reminds me of a couple of women I dated in my 20s: 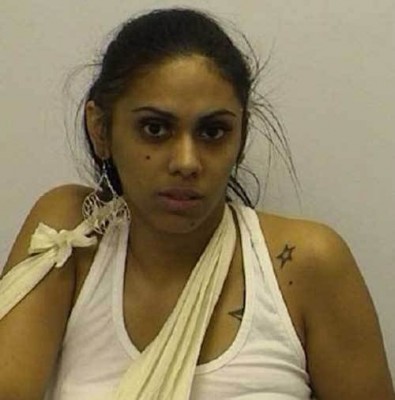 When police approached the car after the accident, Villasana told them she was rear-ended, which caused her car to shoot over the tollbooth and catch on fire. This was easily contradicted by the 123 feet of skid marks in front of the booth, the lack of any damage to the rear of her car, and the video tape from the security camera.

The police report also notes she kept trying to get back in the car while it was on fire.

Wait. She had the brakes on when she got airborne? I guess that means one of two things: either that Chevy was way more powerful than anyone thought, or her brakes were crappy.

@Dodgerblue: She reminds me of a woman who asked to borrow my car in 1981 – I said no. She then borrowed a car off another woman in our circle and slid it into a ditch. A couple of us dug the mud off the wheels and pried the exhaust system back into place, and the damn thing ran again (Ford Fairmont, if I remember it right).

T/J: Lakers getting out-hustled by Celtics in Game 2. Note to Kobe and Pau: this is the Finals, guys, you need to do more than show up without having shaved.

@Dodgerblue: Meanwhile in another Sport playoff, Team HF, Flippin, and CB (Blackhawks) is kicking the teeth in–or rather, knocking them out–of Team JNOV (Flyers). So bizarre to have ice-based sports still in contention when it’s balmy beach weather outside. Also bizarre to have a native Amercian type person as a mascot in 2010.

ADD: I’m amazed I’m the first Chicago Stinquer to bring this up, as CB is a huge hawkee fan. Perhaps he’s too busy camping out rinkside. It may be wise if HF or I post an all-points bulletin to make sure he’s still, you know, alive.

@flippin eck: Blackhawks, eh? I could have named my Lawyers League softball team the Fighting Jews, but I don’t think that would have intimidated anybody. Cf. Airplane.

@flippin eck: Meh. We’ll riot, win or lose, so I’m not all that engaged. And I can’t follow the puck.

Fucking icing! How does that work?

@Dodgerblue: A kickball team named The Fighting Jews would intimidate all opponents, OTOH.

@Dodgerblue: The post on this at Jalopnik said there was a 150 foot skidmark before the barrier.

This is what the barrier is designed to do, vault the car over, to the side, away, from the toll collector who is behind the barrier.

@Promnight: “Toll collector” is one of many odd jobs that I have at one time or another included on my resume. In fact, I had to chase down an HR person at the last big International Organization I worked for to finally have it scrubbed from my fact sheet since it didn’t quite fit with the exotic, Nabisco of Mystery persona I had tried to cultivate.

With that background, I can’t tell you how grateful those of us in the booths are for (a) traffic barriers and (b) ‘clients’ who do more than just thrust the money at you like you are just another inconvenience in their daily commute (which you are). Oh, and hot women with low cut blouses (yes, we look).

Say “thank you” to a toll collector today…or at least wave at one when you breeze thru the EZpass lane.