Please Place Your Thumb Drives in the Upright Position 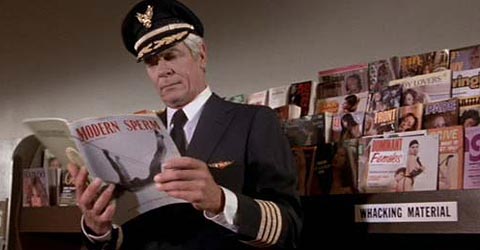 Er, so we’ve been told. We do a lot of technical research in our line of work.

So it’s fitting that Australia celebrates the end of an era by ignoring the fact that the era ever existed:

Australian customs officers have been given new powers to search incoming travellers’ laptops and mobile phones for pornography, a spokeswoman for the Australian sex industry says.

Fiona Patten, president of the Australian Sex Party, is demanding an inquiry into why a new question appears on Incoming Passenger Cards asking people if they are carrying “pornography”.

I did not know that. What next; plastic cards that you put in a slot and it gives you money??

BTW, noje, heard a hilarious phone-in show on the local NPR station (don’t judge me) with two local advanced geek types of the Windows persuasion. The hour began with a discussion of all the ways the iPad is lousy and will fail (Geek One (whining): “It’s so heavy! It’s like… How is anyone supposed to pick it up? It is heavy!”) and doesn’t do Flash (I do trust Steve Jobs, I do, I do, I do trust Steve Jobs) – the security holes in which they then spend 5 mins trashing – and it has all weird Apple type shit and stuff on it and why? why do we need this when we are all so happy with our Dells? The next 45 mins are of course spent on how to cope with mal-ware, spy-ware, unaccountable freezes and how not to care when the cool kids laugh at your lap top. Listening to it I became more than ever convinced that iPad was the future. That Steve has seen it (the furture), he climbed that mountain, and he came down with an iPad on each iHip.

I bet the next big revamp of the Apple line will all be touch screen, iPad based. In ten years our children will be saying “Tell me about booting up, daddy.” The halls of congress will be thronged with pages swapping iApps for their senators who will all be good-looking with fantastic six-packs and awesome glutes.

To drive home my point – as the bishop said to the actress – one only has to look at the cover of the new NYRB. The iPad is there. The NYRB!!! This is fucking huge, people.

Yes, I have just drunk a pot of coffee. Thank you for asking.

@Benedick: Don’t ask me why I’m awake at this godforsaken Sandy Eggo hour, but I’ve just been reading about the new (i.e., doesn’t really exist yet) “Google TV”, which puts Google — on your TV! Take that, Apple!

Not answered: Why you would want Google on your TV.

But it’s Google! It’s Android! One geek said it was the death knell of the iPad, since why would you want an iPad when you could have Google on your TV?!!!

As it happened, I was reading that story in bed. With my iPad. Where a 32-inch widescreen TV would likely be a tad uncomfortable.

@nojo: I want one. I don’t care if I never use it. I want to be able to say to people, “When I first got my iPad…” I want to be cool. I hate google. Have you seen what they’ve done to the books scanned into their library? All I’m saying is don’t tell Cyn.

Now you get some rest, big guy. You can play with work on your iPad later. Don’t make me come out there and feed you Horlicks.

@Benedick: What actually happened is that the latest stray cat is slowly domesticating herself. After eighteen months, she finally decided to sleep inside. And then, like all cats, woke me up at 4 a.m.

As to the iPad, I actually thought it would be a niche product. Meets my needs perfectly, but I have esoteric needs. However, reading over the past six weeks how other people are using it (and the million sold so far), yes, I think Apple’s on to something. Again.

Ah, the joys of usenet. Who will forget the day they learned that alt.pictures.bears was not what it seemed, or that alt.pictures.trannies was not a place to find pictures of a decent used transmission to replace your zf with the worn synchros?

You could always respond, yes, between my ears, vocally advocating the sacrament of Necrobestiality to anyone who will listen. Want some?

@Serolf Divad: I think my favorite will always be alt.wesley.crusher.die.die.die.

Usenet? Is that the place where I found alt-tasteless?

when we were back wearing bearskins, i had a nifty little thing called Web TV. you could email and surf from your tv !!! that was all you could do, still. this was when it would take 5 large moving men to move your computer. laptop? what?
then, 2 years ago, my crazy romanian geek, showed me how to hooky up the computer to the 52″ flat screen he was putting on the wall. i distinctly remember telling all of you that your avatars were scaring the shit out of me. i forgot how, and don’t care to find out.

focus group after focus group will tell you that people want to have their entertainment separated. what do they know. i’ll go with steve.
just last night i was telling the rat, as soon as they get the kinks out, i want one. i don’t know why. the same reason NYRB saw fit to put it on it’s cover, it is just that kewl.

@ NOJO wait–whaaat? you made that poor thing sleep outdoors for 18 months? the black one? well, better late than never…congrats, and you know i’m sincere. one of the joys in life is a hairy paw waking you up to play at 4 am. cats are nice too.

@baked: The reason I have that 32-inch wonder is so I can hook my laptop to it for Silent Creative Partner’s stage show. (It shows “live satellite remotes” with four SCP clones filling out the “band”.) So, like WebTV, I’ve seen my desktop writ large.

And no, it doesn’t do a damn thing for me. Except for the one time I ran a Netflix streaming movie through it.

And no as well, I’m not forcing the critter to sleep outside. That’s her call. Only last night she decided that the couch was preferable to whatever bush she hides under.

@nojo:
yes, that’s what it’s for. so i can watch musicals from my bed.
the last thing i want while anna is dancing with the king is to have the damn thing telling me who’s online and i’m due for a sweep, shutting down now-sorry.
but i am a fan of big screens. i have a 22″ monitor talking to you, it gives me a little time before i must acknowledge i’ve lost my eyesight.

so what have we concluded? the ipad is waaay cool, for any reason.

what did you name her? silent creative cat?

@baked: Names are formalities that I always end up ignoring, so I’ve given up on the task. Every furry beast becomes “critter” sooner or later.

And while I can’t disagree that the iPad is way cool, I’ve never regarded Apple products that way. They just fucking work like they’re supposed to.

“a beloved child has many names”
—-ancient chinese proverb

@nojo:
i wasn’t one of the ones panting and drooling in line at 2 am for the iphone. apple, meh. til now.
i still don’t have an iphone. i’m notorious for “forgetting” to take my phone with me. feels like a leash.
i just know i want one a them there ipads…strictly for amusement.

where did you go benedick darling? spinning around the room from coffee? it’s raining. 11 o clock isn’t too early for a cocktail, is it?

@baked: I was going to pass on the iPhone, or at least wait awhile, until SCP offered to buy it for me as thanks for innumerable favors over the years. Mainly he wanted me to text him back, which I refused to do on painfully complex earlier cell phones. I have low tolerance for Dealing With Shit.

Now, almost three years later, I’m considering getting the new model when it comes out next month. Depends on whether AT&T finally offers tethering over 3G. And just how serious I am about programming for the sucker. (Paid my Apple Developer dues yesterday, so I’m more than a little serious.)

I mentioned this to SCP, and he said there were plenty of folks who would be happy to take my old iPhone off my hands. Hell to the no, I told him. For one, I still need it to beta-test apps. And for another, it’s an original 4-gigabyte iPhone. Damn thing’s a museum piece.

I can’t get past “Australian Sex Party”

@nojo: I WANT IT. I want Google on my TV. I have questions. Questions I need immediate answers to and I cannot be expected to walk to the next room, turn on the computer and ask the Goog.

@Benedick: Since I am unfamiliar with things outdoor (you’re leaning dangerously close to Sport with this Hiking-with-pack thing, mister), can you explain what is the significance of the pack? Is it something one does to increase the effort and calories expended (see Sport comment, above) or do you need to take things with you, e.g. water, which I could understand, the NYRB, and your iPad when you get it?