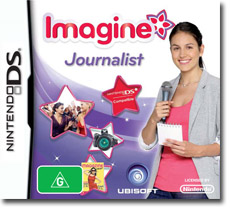 It might take you a couple of reads before you realize what precisely it is that, Thomas Fuller, a New York Times reporter is describing in this paragraph:

A renegade Thai general was shot in Bangkok on Thursday as the military prepared to encircle the barricaded encampment of antigovernment protesters.

The general, Khattiya Sawatdiphol, 58, was struck in the head by a bullet during an interview with this reporter about 7 p.m. on the street in central Bangkok, near a park occupied by his hard-line followers. This reporter, who was facing the general and about two feet away, heard a loud bang not unlike a firecracker. The general fell to the ground, with his eyes wide open, and protesters took his apparently lifeless body to the hospital, screaming out his nickname.

You’d be hard pressed to find a better example of the stilted conventions of  hyper-neutral, impersonal, distanced, journalistic diction than this paragraph whose language goes a long way in obscuring the fact that what this reporter is talking about is SOME DUDE’S… FUCKIN’… HEAD EXPLODING TWO FUCKING FEET AWAY FROM ME WHILE I WAS FUCKING STANDING THERE JUST TALKING TO HIM!!!! …JESUS, FUCK, JEEEEEESUS FUCK!

You gotta wonder how many Vodka Martinis it took before Fuller was able to put pen to paper and carve out that unimpeachably grammatical,  perfectly emotionless paragraph.

Serolf Divad
3:10 pm • Thursday • May 13, 2010
comment »
Choose Your Delusion
Revenge of the PUMAs Come to Where the Flllvvvvrrrrr Is
23 Comments
nojo

“Upon further investigation, shit was discovered in this reporter’s trousers.”

Like I said, you’ll see your share of bodies and you may find yourself out in the line of fire.

I have been reliably informed that there is no such thing as a Vodka Martini. That is all, please carry on.

@Benedick: I don’t drink, what the hell do I know? I was informed (during a mixology class for the theater bar) that a martini is only made with gin, whether or not you actually get any vermouth anywhere near it. A drink containing vodka in place of gin is not a martini. Near as I can tell, a martini is a double-shot of gin, for most people.

I’m not convinced he was able to put pen to paper (or fingers to keyboard). That’s probably why it says “Seth Mydans contributed reporting” at the end of the article.

Technically, Dear, a martini consists of Gin and Vermouth. Vodka came late. They were originally aperitifs, the proportion of Gin to Vermouth was 50/50. They were served in tiny little glasses. My grandfather left me a set.

@TJ/ Jamie Sommers /TJ: I saw that too. I figured that Mydans was the one who translated a gasping screaming cell phone call from Fuller screaming, “Holy fucking shit, DUDE!!!! I NEED A FUCKING DRINK!! Sulzberger better give me a raise,” into the language that sounds like it was written for The Economist.

@TJ/ Jamie Sommers /TJ: 20 people had been injured, though whether from gunfire, a stampede, or some other cause was unclear.

@IanJ: Its not the gin, really, its the ritual, the aesthetics of it. I make mine with almost 25% Noilly Pratt vermouth, which is probably incorrect because its said the martini developed from something called a “gin and it,” where “it” was short for “italian,” and referrred to the vermouth. But its the ritual, the martini is almost the only drink that people routinely, even at home, mix in one vessel, and then serve in another. I go to the trouble to crush the ice, because extreme coldness should be listed as an ingredient of a martini, the primary ingredient, and prime flavor, too, and I buy olives stuffed with both garlic and jalapenos, and I buy little plastic swords with which to impale the olives. Its just special, is what it is, martini time is a special time, and they deliver a swift hammer-blow to the head and make life seem worth living, even if only temporarily.

@Tommmcat Still Gets Carly Confused With Meg: @IanJ: Maybe for Bertie fucking Wooster!!! And yes, a cocktail used to be a served in a small glass as an aperitif. But nowadays we want a bucket-o’-booze pronto and don’t be stingy with the ice, baby!

@IanJ: There is a fetish in the US about a vermouth-less martini – a pleasant and healthful beverage that is now more usually made with vodka. I like them 1 to 6. With a twist. Up. Thank you. Why not bring me two to save you a trip later? Or just leave the pitcher? Ta. A gin martini is delicious in its own way but tends to give me a headache. The English used to drink the confection Catt describes as being part of his distant childhood with red vermouth: I believe that’s called a gin-and-it – also a fave of Bertie fucking Wooster – and not to be confused with pink gin; gin and bitters which is best drunk at the end of a long day riding to hounds. Gin and Campari, served with a nice slice of lime, is a Negroni. Make it with vodka, pour it over ice in a tall glass and flood it with tonic and you have a refreshing libation for a summer afternoon when one is forced, for some reason, to go to Long Island.

As you can no doubt tell I am practically a tee-totaller. And am overlapping with prom.

Nojo, what the hell is with these ads? Yesterday, it was “Hot, local muslims want yoooooou” and today, it’s “VOTE FER PAT TOOMEY!”

@Prommie: @Benedick: @Tommmcat: You boys and your hoity-toity high maintenance drinks. Just give me a decent quality Cold One (i.e. not PBR or the ilk) and I’m happy as a clam.

@JNOVjr: Not Nojo’s fault. MSNBC yanked their ad b/c there be too much a cussin’ on this here site. You get Toomey b/c some tracking cookie knows where you live. That Muslin thing pops up from time to time.

ADD: I’m getting an ad for free grammar checks.

@JNOVjr: Me, I’m getting a website-design ad. Happily, I pay the rent cleaning up such messes.

@nojo: Ah yes, Mother and I were discussing that yesterday.

Edit: Oh, I just noticed the game in the OP has Ubisoft‘s logo on it. Hah. They are such clowns.

@JNOVjr: “Mother”? Christ. Next you’ll be saying I beat you with wire hangers. Or you’ll be sticking me in a rest home.

Seriously, Jr. — check out the Diaspora nerds. Bet you and Mario could come up with some interesting ways to turn a legitimate buck.

@JNOV: Not entirely sure what I’d be doing in that equation. Though, there is that search engine idea I came up with the other day…

@SanFranLefty: Yeah. I figured the original version said “Seth Mydans contributed coherence” but some editor got all wishy washy.

@JNOVjr: Though, there is that search engine idea I came up with the other day…

@JNOV: Or you’ll be sticking me in a rest home.

I like to frighten my parents by reminding them their son is 51.

@Tommmcat Still Gets Carly Confused With Meg: I saw some of those little glasses in an anteek store when Mrs RML first got into martinis (she’s gone back to Shiner Bock while I continue to forge ahead). We were getting absolutely destroyed on two each. We saw the glasses and said, “hmmm – maybe that’s the problem.” Not knowing any better at the time we had these fishbowls like what Benedict was talking about.

So why do anti-DWI signs always have a red slash through a martini glass? Most of those drunk driving M***********s drink 12 cans of the cheapest piss available.