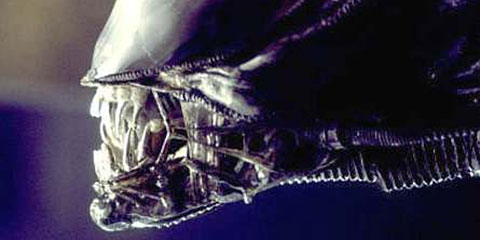 Glenn Beck would like you to know that Mother’s Day is a communist plot:

Can you believe Mother’s Day week— By the way, Sarah and I were talking on Saturday and she didn’t believe me, or it was on Friday, and she didn’t believe me. And I said, Mother’s Day, it’s a scam. It’s a big business scam. And I said, I bet it was started by Woodrow Wilson. Look it up, Sarah. And she didn’t. I said, look it up. She’s like, no, I’m not going to look it up. I said, look it up, I’ll bet you, I’ll bet you. Mother’s Day? Started 1914. Woodrow Wilson. Hate that guy. Love my mom. Hate the holiday.

Now, you could go to Hallmark because Hallmark and Woodrow Wilson would like you to do that. But there’s something new from Vermont Teddy Bear: Three handmade teddy bears in pink, green, and white…

Yes, Glenn, Congress and Wilson recognized Mother’s Day in 1914. Although West Virginia was the first state to make it official in 1910, and it was noted Philly anarchist John Wanamaker, not Hallmark, who got the ball rolling in 1908. J.C. Hall was only 16 at the time, just starting to sell imported postcards with his brothers, and not doing very well. “Hallmark” wasn’t even a brand until the Twenties.

Which is news to us. We thought Beck was confusing Mother’s Day for Valentine’s Day, but we can’t blame Hallmark for that, either.

So why drag Woodrow into it? Beck blames Wilson for Progressivism, you see. (Progressives, on the other hand, blame Wilson for the Espionage and Sedition Acts.) So if Woody was for it, dadgummit Glenn has to be against it.

Then again, Beck is an outspoken critic of Teddy Roosevelt’s “socialist utopia”. Which brings us to the best part of the commercial: Nobody told Glenn where those cute Teddy Bears come from.

Also like to blame Woody because he was a racist who segregated the US America military.

Mother’s Day is really the least of Woody’s sins.

And who is surprised that Beck has deep serious mommie issues?

Took Russki in university because I thought it would be fun to learn a new language. Not fun. Barely passed the course. One of my stupid habits was to learn the native swear words so I am familiar with the post title.

You can learn a lot about a culture through their swear words. The French (non Quebec) have a thing for body functions. Quebec has a religious fetish. You Anglo Saxons love fucking. And Russians have a thing for mothers.

Nobody better tell poor Glenn about this, or else he’ll think the bears are just some sort of Canada City plot… :)

Oh. And awesome product pitch. In the words of the NYT, Hats off and in the air.

@ManchuCandidate: Ever visit the Teddy Bear museum in the homeland, Manchu? A veritable shrine to Wilsonian progressivismcuddly fetishism.

@Nabisco:
No. The only shrine to fetishism I got to see was a NK infiltration cave located in the DMZ.

@ManchuCandidate:
“And who is surprised that Beck has deep serious mommie issues?”

Best headline of week? Or decade? You be the judge

Wow. The cover story sounds like the opener for a joke. “He needs someone to help carry his bags” – yeah, his TEA BAGS! :)

@al2o3cr: This story has everything.

@al2o3cr: It’s fascinating to see how the other half lives. Imagine having the resources to hire your own personal porter to travel the world with you. Must admit, if I had the means, I would too!

@ManchuCandidate: Or you can just have a Ukranian friend in grad school. Very efficient that way.

@PedonatorUSA: The kids brought me breakfast in bed.

Woodrow Wilson was indirectly responsible for the Vietnam War. During the 1919 Versailles Peace Conference Ho Chi Minh attempted to present him with a proposal to free Vietnam from colonialism, but he was turned away at the outset, as Wilson refused to meet with “Some Chinaman” .

Had he met with Ho, the course of history might have been very different.

@PedonatorUSA:
But apparently, not enough $$$ to buy some discretion – or at least a separate flight for the rent-boy…

@Tommmcatt Loves The Giant Floating Head:
That’s what always stunned me about Vietnam; there were several instances where we (the US) could have directly avoided that conflict. Versailles was one, and there was another post-WWII where we could have “rewarded” the Vietnamese for their efforts against the Japanese by telling the French to go pound sand.