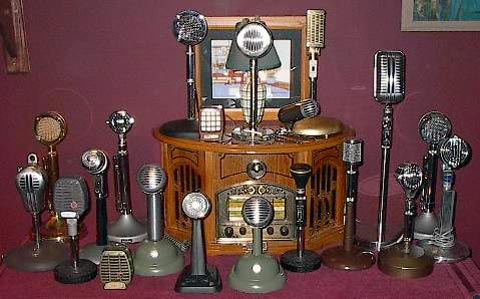 Do you have your script, Senator? No? Well, heck, just use the old one:

It would have been a serious mistake to have read the suspect in the attempted Times Square car bombing his Miranda rights, Sen. John McCain (R-Ariz.) said Tuesday…

“Obviously that would be a serious mistake… at least until we find out as much information we have,” McCain said during an appearance on “Imus in the Morning” when asked whether the suspect, 30-year-old Faisal Shahzad, a naturalized American citizen from Pakistan.

“Don’t give this guy his Miranda rights until we find out what it’s all about,” McCain added.

Thank you, Senator. How about another take without specifics? That way we don’t have to call you in the next time.

Nice to see that McShame has completely dropped any pretense of giving a fuck about the Constitution. I’m *sure* he’d support the same for would-be RW terrorists, right?

It’s been so long since we’ve had an outing. I guess we were due.

@TJ/ Jamie Sommers /TJ: I’ll probably grab that later this afternoon. I’ve been waiting to see whether Chainsaw picks it up, since he could do a lot better job of it than me.

@TJ/ Jamie Sommers /TJ: Oh, wow. I had to look up “corpophilia” and suggest that it be renamed “crapophilia” and that the defn be changed to “a natural toddler and prepubescent interest in poo.”

Am I a bad person to think that Faisal Shahzad would be hot if he did something about his unibrow?

@nojo: If neither of you boys get to it, I’ll do something on it tonight.

You are not a bad person but for the first time in our friendship I am not sure about your taste. I mean, I have been known to sample me some Bihari Kebab once in a while, but this guy? Yeech.

But I don’t know, I think we’ve established like my men with a touch of that swarthiness, you like your men waxed.

That said, he needs to work on the Unibrow. And then he could potentially be hot in that Arab/Eurotrash metrosexual who you meet at a disco in Amsterdam and spend the night with sort of way.

@SanFranLefty: If you’re inspired, go for it. I’m busy reading the latest campaign email from “Friends of Mike Lee, Inc.” Their board meetings must really suck.

Rekers was afraid that if he didn’t pay Lucien $6,000 and take him on a ten day European vacation, he’d become another statistic.

I also find him kinda cute in a Hollywoody-terroristy sort-of-way.

He really needs to call the instructor of his bomb-making class and demand his money back. It can’t be good when people unfavorably compare your student’s juvenile incompetence to the Tea Tard Klan. The class’s Yelp reviews are gonna be shit.

I had surgery and can’t lift luggage has to be the best euphemism for taking a boy toy on vacation with you evah. I thought that when you put your faith in Jeebus, you could move mountains? Turns out you can only push a $3 airport trolley.

@SanFranLefty: You would not be the only one. But that’s why we liberalists are soft(?) on terror: the terrorists are sometimes borderline sexy!

@Original Andrew: I bet his “I spent $10K on a Waziristan vacation to learn how to build bombs but all I got was this t-shirt” t-shirt will be a great ice-breaker in prison when he meets the Aryan Brotherhood in the showers. The Aryans will be jealous, of course, but that won’t stop them from making him their bitch.

Glad I’m not the only one with “smooth, sweet, tight ass” on his résumé. That would just be weird.

And apparently, getting face-fucked by an 8-inch kahk is the latest in cutting-edge Christian ex-gay “therapy.”

Time to kneel and pray and suck the gay away!

@SanFranLefty: Cut, uncut, I have a policy: all cock is good.

@Nabisco: Faith also allows you to take as much (cut or uncut) cock as you can handle whilst making a shitload of money denouncing the abhorrent practices of homosexuals who are not at all like yourself.

At least when you’re at home. Apparently, travel to foreign lands excuses you from all moral code. After all, they’re just depraved savages over there in London and Madrid. Who would expect them or me to adhere to the cultural standards of my own Prudelandia?

@PedonatorUSA: Everyone knows that what you do in Europe doesn’t count. This waiver once allowed many young women who’d had all kinds of fun during their “junior year abroad” to be “virgins” when they married.

@Mistress Cynica: Do European men have some special method of preserving the hymen? Or did the US American women who visited their shores and precipices do “everything but”?

Do tell. And: details!

@SanFranLefty:
agreed…sexy in a way. like you, i lean towards the swarthy. see latest crush: RAHM.

@Mistress Cynica:
also in the not counting dept….club med staff, and calories eaten while standing up. everyone knows this!

@PedonatorUSA:
overshare: i have never seen an uncut one in my life, and we’re talking well into double digits with every flavor under the sun. i am curious, but go find one! this cut craze, and i do mean that literally, has gone out of control since the days of abraham’s flock only.

@PedonatorUSA: You know, between this guy and the Underwear Bomber, they’re not sending their A Team over here, are they?

@PedonatorUSA: According to Florence King, the preferred method among Southern ladies involved a douche spiked with alum to, um, tighten things up.