Stinque
Home Latest Comments Log in
If it smells, we’re on it.
Stinque
Mastodon: @stinque@mas.to
Good Luck With That 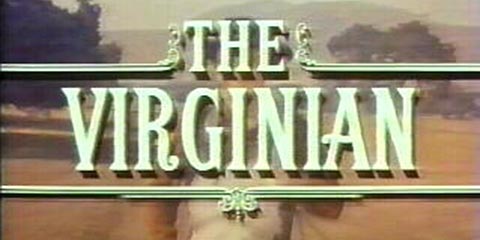 Government just can’t help trampling on our god-given right to sport penis-enhancers — one moment Virginia passes a law allowing dudes to carry firearms into bars, the next moment somebody notices the catch:

A leading Virginia gun lobby is now arguing that the law unfairly stigmatizes gun carriers as second-class citizens because there is an exception that “allows law-enforcement officers and commonwealth’s attorneys to carry concealed weapons and consume alcohol.” Philip Van Cleave, leader of the Virginia Citizens Defense League, complained, “We’re not allowed to drink, but they (law enforcement officials) can… That’s two classes of citizens.”

Van Cleave’s genius solution: Anyone can pack their pistol and enjoy a refreshing adult beverage, “as long as they are not drunk.” We can’t wait for news of the first bartender who cuts someone off.

dont even know what to say about that.

I have decided to do my part for the US Amurka economy and buy the house I have been living in for almost three years. pathetic I am so terrified by commitment.
still sort of exciting. I feel so legitimate.

I guess homes forgot his NRA rule book in his other tactical vest: “Never use alcohol or over-the-counter, prescription or other drugs before or while shooting.”

In fact, you could clear up all this silly liberal crap about drinking and shooting by passing a law that indemnifies any 2nd American Patriot that shoots someone – or a bus full of orphans and nuns – while shitfaced.

@Original Andrew: I know, right? What could possibly go wrong?

Y’know, normally I’m opposed to drunken angry people with firearms out of general concern for bystanders. But given the most likely bystanders in this situation voted for Bob “you mean there were slaves in the Confederacy?” McDonnell’s crazy ass, somehow I’m not concerned at all…

@al2o3cr: Excellent point. Darwinism in action. Maybe we should start a movement to get something similar passed in Arizona and Oklahoma.

@Capt Howdy: Go for it, Cap’n. But only if you want to live there indefinitely.

Because I’m such a sunshiney pollyanna, I just have to share this with you:

The probable imminent collapse of all we take for granted.

Backing data: from our own government.

Do you understand what oil / gas / liquid fuels mean in our industrialized civilization? And what might happen when the preponderance of such at relatively low prices disappears?

Of course none of this means, necessarily, the arrival of cannibal anarchy before 2012, but it does forebode grave, and I mean grave times for the near future.

So what to do? Personally, I’m hoping the econofme grows bubbles up enough in the next few years for me to cash out and buy a small patch of land somewhere remote yet fertile, where I can grow veggies and eke out a subsistence-level lifestyle as I watch civilization crumble and — slowly — starve to death.

Not that I think the current paradigm of personal property will hold much sway in the cannibal anarchy future. I will probably have to get a gun and learn how to use it. And in the end, if not from “natural” causes, I will probably die in a spray of bullets and end up in someone’s cannibal stew.

But hey, survival, gotta do what you can, yes?

@Pedonator: I’ve been hearing the “peak oil” argument for awhile.

But to the point: What is going to happen and how it came to pass that we weren’t forewarned

@nojo: Yeah, you’ve been hearing it for awhile because it’s true. There’s no fixed firm date, but unless you believe, as some apparently do, that oil spontaneously regenerates itself at a rate magically conducive to our consumption of it, there is a peak of production.

And that peak of production has been predicted within 5-10 years accuracy over and over again for various localities by numerous experts. Hubbert hit it pretty much spot-on for the US.

Yes, there’s always the possibility of tar sands, less-than-light-sweet-crude, etc., but the problem with that is the energy expended to extract the energy from the resource — EROI (energy return on investment). It becomes not-cheap. Even when the companies externalize the environmental costs and reap huge subsidies from taxpayers, the resulting liquid fuel from unconventional sources will be astronomically more expensive than what the globalized industrial economy is designed to accept.

Why are the oil companies raking in record profits yet not comprehensively expanding their R&D budgets? They know the score. Like Goldman Sachs, etc., the object is to extract as much profit as possible while the game con is still viable.

Meanwhile, what will happen is that prices continue rising to account for scarcity, and the U.S. will eventually pay European rates. We’ll hear more desperate blather about offshore drilling, which under the best of circumstances won’t come online for years, and won’t deliver much. Nukes will take even longer, what with inevitable siting and construction delays. And those annoying ethanol commercials will get even more annoying.

But this is all the fantasy world that Ronnie sold us in 1980, and we’ve been clinging to since. The longer we delay reality, the worse the reckoning.

On the other hand, you’ll have to pry my iPad from my cold, dead hands.

Why does everyone assume any oil found off the U.S. coast by a multinational oil company would be sold in the U.S.? Unless we repeal capitalism it will go to China the highest bidder.

@water:
Because when the US America had money, that was the case.

As you have correctly pointed out, times have changed.

@Pedonator:
I am getting used to it. its flat which I hate but I am more or less stuck here because I really like my job. and the owner kept making it easier and easier until I really had no logical reason to not do it.

and I actually love the house. always have. its perfect for me and the animals.

James Kunstler’s blog is a great place to check in for info on the slide to cannibal anarchy, its called “Clusterfuck Nation.” He wrote “The Long Emergency,” a non-fiction prediction of the end of civilization as we know it, and a novel, “World Made by Hand,” which takes place in this future, I am reading it now.
http://www.kunstler.com/index.php

@Pedonator: Now you know why I ride a bicycle most of the time. I had a peak-oil freak-out in 2006, when I realized that the vast majority of our food comes from crops fertilized with.. wait for it… petrochemicals! Who cares about transportation fuel when the fuel used to grow the stuff isn’t there?

@IanJ: Petrochemicals? But what about our ethanol?

I actually had my peak-oil freakout in 1973, at age 14. It might be like folks who lived through the Depression: Once you’ve dealt with the gas lines and see how fragile the system is, you don’t want to live a life predicated upon it.

Which isn’t to say I don’t have a car. But I’m not sure my lifetime mileage tops 100k.

@nojo:
people who were around during the 70s have a unique perspective on the whole gas thing I think.
being around for it to go from 25 cents a gallon to whatever it was with endless lines was quite a life experience to tuck away for future reference.

I literally lived through the Sixties, for example. But they don’t mean much to me beyond Batman, Laugh-In, Bewitched, and the Addams Family.

Oh, and MLK/Bobby. That’s when I started paying attention.

@nojo:
by my count I am 8 years older than you. so not quite as impressionable but they were formative years.

@Capt Howdy: And now you have a lawn to tell the kids to get off of.

@nojo: Interestingly, I had my first peak-oil freak-out at about the age of 10 or 12, when we got a new outboard motor for the dinghy. I got incredibly sad looking at it, thinking that we’d wasted our money because there wouldn’t be any gasoline to run it in 20 years. I don’t think anyone had told me about it, I’d just kind of gathered from available evidence that petrochems were a finite resource, and we must be getting near the end of them.