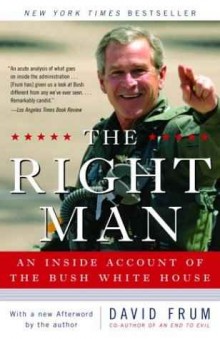 I suggest you head over to his website and school this neocon asshole, who is whining about HCR passing and the GOP’s humiliation … here’s my comment:

David David David … as they said in Star Wars – only when it is too late, do you finally understand.  Not to dredge up too many movies, but in 2000 you and your ilk started making orcs – you called on the worst of the worst to elect W.  That SC move claiming McCain had a black baby?  Sure, it worked.  But you, with your written speeches and whoring of the Iraq war, with your questioning the patriotism of anyone who disagreed with the Boy King … you and your ilk are damnably to blame. A trillion dollars David, and hundreds of thousands of dead innocent Iraqis, and thousands of dead soldiers, all dead in a fake war you ginned up. You decided to play the politics of hate, and look what it got you.  You should be ashamed – you should retire from public life and repent your sins. And hey – you’re Canadian!  You have health care already!  Celebrate.

At the beginning of this process we made a strategic decision: unlike, say, Democrats in 2001 when President Bush proposed his first tax cut, we would make no deal with the administration. No negotiations, no compromise, nothing. We were going for all the marbles. This would be Obama’s Waterloo…

Oh, but this was Obama’s Waterloo… ‘cept he was playing the part of Wellington in the play. What’s the matter, Senator DeMint? Is that not what you had in mind? Well, too bad. Now, fuck off.

The sad truth is, Frum’s sad pathetic incompetent political instincts know no border. It’s just that up here in Canada City, he was viewed as a pathetic momma’s boy and treated as a joke. He did way more damage to the US America who he says he loves than he ever did in Canada City especially in terms of lives and dollars.

Anyone who writes a book called “The End of Evil” should have his educational degrees revoked and labeled as “barely functional retard”, forced to ride on the intellectual short bus (I guess it would be QVC) for the rest of his life.