Scientologists and Republicans Are All Alike 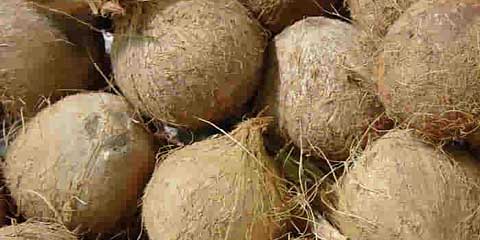 We’ve heard it said that Scientology keeps you on the hook by knowing all your dark secrets. And how do they know? You tell them, silly! That’s what you’re doing during all those early sessions when they attach an e-meter to your nuts.

So while the news that Marco Rubio used Florida GOP plastic for personal expenses doesn’t particularly arouse us — unless it arouses Rubio’s fans against him, of course — what caught our attention is how the news came out:

“It is clear these internal documents were taken from the RPOF by former chairman Jim Greer or someone working for him and were leaked to the media by the Crist campaign,” Rubio’s letter said. “These actions are an appalling act of political desperation.”

Now, before you get overcome by vapors at the thought of Florida Republicans playing dirty tricks, wait for Rubio’s next complaint:

“At no time during my four years as a cardholder did the party ask me to provide additional information about, or personally pay, any of the charges I submitted for payment.”

Well, of course nobody mentioned it at the time. What would be the point? You don’t use incriminating information like that until you need it.

Those expenses include a $1,000 charge at Braman Honda in Miami for repairs to the family car in January 2008. Rubio said the minivan was damaged by parking attendants at a political function and that the party agreed to cover half of his insurance deductible.

Rubio said the party allowed him to put personal expenses on the card — and the party reviewed his bill monthly.

“I was as diligent as possible to ensure the party did not pay for items that were unrelated to party business,” Rubio said in a written statement. “There was no formal process provided by the Party regarding personal charges.”

Party spokeswoman Katie Gordon said the card was not supposed to be used for personal expenses. “The RPOF American Express card is a corporate card and is meant to be used for business expenses.”

What kind of good corporate employee uses their CORPORAT (sic) card for personal shit? You would have to be some kind of idiot or an entitled douchebag to… he’s a GOPer wingnut right? What am I saying? He’s both.

Apparently, it’s not okay if you’re Republican to violate laws meant for Republicans.

He didn’t pay for a dwarf toss, the production of a snuff movie, a human sacrifice, necrophilia or sex with pre-teens, any of those traditional Republican entertainments. I don’t see the news value here.

T/Jish but irresistable. Uganda’s tabloid shows us how scandal is done with the ‘Suzanne filed the papers in Orange County Superior Court, citing irreconcilable differences which, sources, say are related to (Hinn’s) obsession with whoppers. The Court papers note that the couple separated on January 26 after Suzanne learnt about the Kampala debacle, and that Hinn had been living in Dana Point, a wealthy coastal neighbourhood in southern Orange County, spanking and bonking young boys.’ story. It’s pretty funny and I need hardly add I’ve been on my knees all morning praying that it’s true.

@FlyingChainSaw: Don’t toss that dwarf, hand me the pliers. I just like saying that.

I believe it actually “dont CRUSH that dwarf” but whos counting.

@Capt Howdy: You are correct sir. I can say that just like Ed McMahon.

Its blizzarding again, I am home again, watching the snow fall, I think I am going to take one of my patented “Saint Joseph’s Baby Speedballs,” its when I take a ritalin and a hydromorphone at the same time. Keeps me amused.

@Benedick: Hinn “shattered Side B” of a local pastor? I lol’d.

@Benedick:
this is hilarious. I have a friend from my disney days (and I think he is still a book of face contact) who before his career in the film industry was a “catcher” for Benny Hinn. that is the person who literally catches the worshipers who got jesus runnin all through um and fall over.

somewhere I have videos of Bruce catching. but Bruce never mentioned Bennys penchant for butt porking. I will email him.

@Capt Howdy: See if you can get your buddy’s story IF he ever saw Hinn with his own eyes ‘shattering side b’ of one of his disciples. It is very common in these kinds of cults for the pastor to coerce all kinds of favors from the members, money, side-b, etc

@FlyingChainSaw:
trying
Bruce and I have never been, shall we say, “close”. but I am definitely working on it.

@Mistress Cynica:
ha
I already thought of that. Bruce is a “straight boy”. or so he says.
but honestly I always wondered. in a morbid curiosity way.

There is much to love about this story. Not least of which is the truly hilarious gossip-sheet style of the Red Pepper itself. Bonked. Word of the day.

hee-fucking-larious. i reserve a special hatred for hinn and his ilk,
using the Lawrds name to defraud the hapless hopeful unfortunate sheeple. i guess he knew his seat in hell was already engraved with his name and said oh what the fuck, might as well turn to pedophilia.
i hate that guy. how and why he is at large (before this!) is a good place to start with wtf is wrong with the fucking 1st amendment. yeah, i said it.

@baked:
but you got to love the hair.

i was partial to “shattering side B” never heard that one.
redpepper just got favorited.

now we know where all the aqua net went.

@baked: Street drunks in Navajo reservation towns used to mix Aqua Net with water to get hammered on dry Sundays. For reals. I seen it.

ADD: Comment hat trick. I really need to get to work.

Do we think it’ll be reported here?

@redmanlaw:
hey reds, have you been watching that new show “intervention?”
the housewife downing the industrial bottles of mouthwash is my favorite. following the serpentine footsteps of our dear betty ford.
these fools will eat, shoot up, or snort cat litter if it gives them a buzz.
i should hold workshops on how to stay buzzed and not be a fucking retard about it.

Ooh, ooh, we were watching one about a Los Angeles artist/meth addict, who unfortunately relapsed and went back to using, and the next morning we went out into our back alley and he was there, skateboarding. I didn’t ask for his autograph, and now I regret it.

@Tommmcatt Say Relax:
have you noticed they ALL relapse?
i watch the show to see one lousy happy ending.
never saw one. that show is tragic!
and i’m so disturbed that their promo spot features the sneakers i wear every day…black low top converse. is this the shoe of the addict and i was unconsciously drawn to to them? disturbs me.

and you have summed up what scares me about the city of angels.
and i grew up in philly/nyc !! i don’t scare easy!

The shoe of the addict. Heh.

That show is a guilty pleasure. I wish it wasn’t about schadenfreude for me, but if I am perfectly honest with myself I have to admit that it is, a little. The look on their faces when they walk into the intervention is just precious.

The thing about them that always strikes me is how very selfish they all are, and how they all manage to get the people in their lives to be involved in supporting a narrative in which they are the star player every time. In a weird way, it’s almost like the drug or the drink or the eating disorder is the tool they use to do that. Fascinating.

There but for the grace of God, I suppose….

In the immortal words of the great Tom Waits, I don’t have a drinking problem, except when I can’t get enough to drink.

@baked: i should hold workshops on how to stay buzzed and not be a fucking retard about it.

response from Bruce the catcher

“that is fucking funny!”

@Capt Howdy: Yes, yes, but does it smack of truth?

@mellbell:
that was my question.
awaiting reply

@Capt Howdy: The suspense is killing me.