Stinque
Home Latest Comments Log in
If it smells, we’re on it.
Stinque
Miscellaneous Top Secret Documents.
Good Luck With That 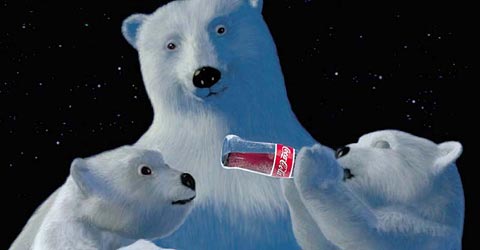 Fearful that their ex-half-governor is grabbing all the attention, Alaska’s Legislative Council steps in with a surefire means to share the limelight:

The Legislative Council has decided to push ahead with the state paying for a public relations effort to curb the Endangered Species Act and the listing of polar bears, despite lawmakers saying it could create a black eye for Alaska…

“We should be very mindful there’s great potential for PR damage that could come from this if we let politicians do the science instead of scientists do the science,” the Anchorage Democrat said.

We might recommend they save the $1.5 million they’re planning to spend, because just mentioning it is getting all the publicity they could want.

Facebook worked for your quitter. She’s now Queen of the Universe.

As for the bitching about the endangered species act… Cough, bribes from big oil, cough.

Let me know where to direct my outraged calls/letters/e-mails and I’m all over it. You do not fuck with the polar bears and their minions.

And of course the real problem here is that it could cause PR damage.

Polar Bear Death Panels Have Their Own PR Agency?

Can you kick a state out of the union? Let’s give it back to the First Nations people and get the fuck out.

I hope they go through with it, just because the creative spin for “Let’s Make Polar Bears Extinct” is going to be hilarious.

Can you imaging trying to sell that? They’ll have to go with the “The Endangered Species Act is a Communiofacist Plot”; it’s the only angle that would work.

@FlyingChainSaw: Like the kind that ply their young with sugary, leading brand soft drinks that give the pancreas cancer.

@Tommmcatt Say Relax: ”Endangered species” is clearly a concept created by the environmentalists as part of the vast left-wing conspiracy to rob hard-working Americans of their right to club penguins to death for use as raw gun rack materials.