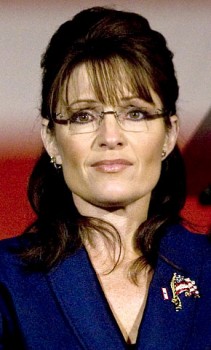 Weisberg, on our ever-shifting view of government:

The usual way to describe such inconsistent demands from voters is to say that the public is an angry, populist, tea-partying mood. But a lot more people are watching American Idol than are watching Glenn Beck, and our collective illogic is mostly negligent rather than militant. The more compelling explanation is that the American public lives in Candyland, where government can tackle the big problems and get out of the way at the same time.

Negligence, yes, but with a healthy does of ignorance. Again – if we keep electing people, of either party, who are anti-science, anti-progress, and anti-constituent, we’re fucked.

In this respect, the whole country is becoming more and more like California, where ignorance is bliss and the state’s bonds have dropped to an A- rating (the same level as Libya’s), thanks to a referendum system that allows the people to be even more irresponsible than their elected representatives. Middle-class Americans really don’t want to hear about sacrifices or trade-offs—except as flattering descriptions about how ready we, as a people, are, or used to be, to accept them. We like the idea of hard choices in theory. When was the last time we made one in reality?

So we’ll be like Poland or Bulgaria, except no health insurance.

Down With the People [Slate]

Having worked with and for people like Palin, I have to say that it’s just they’re too fucking stupid and too arrogant for their own good. It’s got to be a combination of both to make a toxic brew.

@ManchuCandidate: For some reason your comment reminds me of the time someone wrote to Car Talk to complain about them referring to “the third half” of their show. Ray pointed out that Julius Caesar once wrote to one of his generals (approximation on the Latin): Omnia Galia in tres parte est, which means “all Gaul is quartered into three halves”.

@blogenfreude: Sadly, no. “Gallia est omnis divisa in partes tres” translates as “Gaul is divided into three parts [from the whole].” Sister Mary Margaret would rap Ray’s knuckles for that.

I finished reading Ehrenreich’s Bright-Sided at 2:30 AM, and it did more to explain to me why people in this country continually vote against their interests and prefer fantasy to reality than any political analysis I have read. The whole decades-long brainwashing of the populace with the “if you want it badly enough and think positive thoughts, what you wish will come true” claptrap has got US America in the mess we’re in today. No one, from CEOs to teabaggers, seems capable of rational thought.

@Mistress Cynica: Somehow I knew that I (and Ray) would get smacked down on the Latin.

The “think positive thoughts” meme (notably embodied in the whole “The Secret” nonsense) has an exceptionally dangerous corollary that I’ve run across – people whose lives have turned to shit read the stupid book and come to the conclusion that all the terrible things that have happened to them are their own fault. Talk about a self-reinforcing depression cycle!

Even better, the same logic is used by smug (mostly conservative) assholes to explain why they shouldn’t have to help others; after all, the poor people deserve it, and all *my* wealth is due to my “positive thinking”!

The more compelling explanation is that the American public lives in Candyland, where government can tackle the big problems and get out of the way at the same time.

Problem is: we’ve been convinced by shameless politicians that cutting taxes increases government revenues. Therefore if you want to balance the budget you do so by cutting taxes. The American public is basically Hansel and Gretel in the gingerbread house, convinced of the veracity of something that’s too good to be true. And I’m afraid they’re about to get eaten.

@Serolf Divad: The Laffer Curve never went away, did it?

I love it that our tax dolours are mandated, according to our ambassador, to provide publicly funded health care in Uganda. Not, of course, for the fags, but for the real people.

@Serolf Divad: Was watching Hurt Locker (OK, what the fuck is with the title? What does it mean?) and couldn’t help but wonder what it might be like if Iraqui troops were yelling Arabic at pensioners in the parking lot of the Woodstock CVS. And Paultards were bolting bombs to refugees from the national tour of Cats.

@Serolf Divad: But this is very much to the point: there has never been a population so advertized at as we are here and now. USters can watch a McDonald’s ad and know that it is a complete fantasy and yet believe it. Because they’d rather live in that world than their own. We believe in UFOs, near death experiences, ghosts, angels, demons, Republicans and Democrats. Has there ever been a voting population so superstitious? And so ignorant?

California: the state where we care more for the rights of chickens than gay and lesbian people (let’s face it, they’re not as cute as baby chicks), the legislature truly is a parliament of whores and the governor is a Mel Brooks parody.

@Benedick: Has there ever been a voting population so superstitious? And so ignorant?
As I recall, there was no voting in the dark ages, so I’m going to go with “no.” The magical thinking of a huge percentage of the US population really frightens me. These people have no grasp of reality and seem incapable of critical, logical thought.

@Mistress Cynica: You do have TV?

@Benedick: Unfortunately. I try to avoid it.