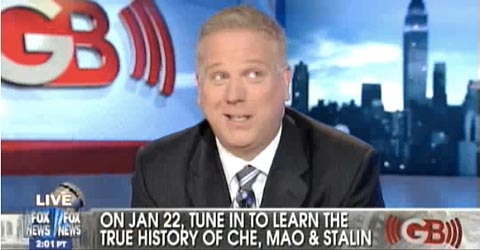 We probably should have noticed this a month ago, but we didn’t, so we’re sharing it with you now:

Prince Alwaleed’s Kingdom Holdings owns a 7 per cent stake, or 56m shares, of News Corp and is the largest shareholder outside the Murdoch family.

That would be Prince Alwaleed bin Talal al-Saud to you, pal. Of the Saudi Sauds. You know, the ones who own a country.

And what’s in it for us? Only the pleasure of knowing who owns seven percent of anyone bloviating for Fox News, the Wall Street Journal, the New York Post, and Sarah Palin’s book publisher. Asalam Alaykum, Glenn!

Glen Beck is a Muslim? Where was he born?

Im surprised its only 7%

you know, winter becomes easier to bear when you are surrounded by this kind of enthusiasm:

a little easier. I wish I could teach them how to shovel.

bonus question. which dog has a artificial metal hip?

@Capt Howdy: Good god, man! How old are they? I only just managed to talk us out of adding a 4th to the pack the other day.

TJ: If I hear one more fucking Meg Whitman ad on the radio, I’m throwing the stereo out the window. They’re as ubiquitous as the competing mattress shop ads. Except she has a whiny voice and rails against people on unemployment or welfare and how they all need to get jobs. Maybe if eBay hadn’t exported half of their jobs to India or led the lobbying for expanded H1 visas there wouldn’t be so many out of work programmers collecting unemployment in San Mateo County! (yes I know someone who is a former eBay employee)

@SanFranLefty: Wasn’t she fired? But with a bigger payoff than most of us?

@Benedick: the shaggier female, Daisy, is approx 1.5 . the pure Huskie, Ghost is approx 2.5. approx because they are both rescue dogs.
Ghost lucked out with the hip thing because my vet offered to do the surgery, which was experimental for him, free because he was a stray. I ended up paying him 250 bucks for the hardware.
the vet said it was a 50 50 chance that he would ever use it but today you can hardly tell unless you know.

@Capt Howdy: My parents have a Husky, and unfortunately the only appropriate line comes via Yakov: You don’t walk the dog — the dog walks you.

@Benedick: @SanFranLefty: Are we confusing Meg with Carly?

@nojo: Don’t start with me. I have been reading the script for a musical (so-called) sent to me by an acquaintance which not only has Happy Villagers parading around it also has characters commenting on songs just sung (!!!) AND the 1st act finale is given to a comic Scot who appears just to sing it and is never seen again. So my nerves are pretty much shot. I have to go and shower but it’s going to take a lot of water to wash me clean.

@Capt Howdy: Lucky with the vet. Our first ever d-hund ruptured a disk before he was even 2 and had a back operation. It was still pretty new. It was a long recovery but he coped and became a magic dog. Yours are still very young. No wonder they run in the snow. Ours just say, Oh God, not that again! We have 2 who are around 10 yrs. And we’ll just leave it at that.

@Capt Howdy: Amazing. I couldn’t tell from the videos. I have a rescue mutt, a GSD/Aussie/god knows what mix, who would like to run around with your guys.

@nojo: Friend of mine liked Akitas. If it didn’t kill anything on a walk, it was a good day.

@nojo: No, Meg was asked to leave too. Not as dramatically or publicly as Carly. Board and COO and stockholders were pissed after she fucked up on their attempt to acquire acquiring Skype.

@Capt Howdy: Those dogs are awesome! Nothing more fun that seeing pupsters run around like crazy.

were you watching last night?
WHEN DID NEIL YOUNG TURN INTO ANDY ROONEY???
oy, i must lay down

the voice was there, and the set with dave matthews was great, but, but, but he’s andy rooney….where did i put my teeth?

@baked: Next to my hair, I should think.

@baked: I couldn’t get over Neil Young’s hair. Word of advice to the menfolk – when your hair gets that thin, the solution is not to grow it long. Shave it all off or go buzz cut. Really. Shaved head is hundred times sexier than straggly long clumps in a fucked up pageboy like Neil Young or a “PBS ponytail” as a friend of mine brilliantly named them [the required hairstyle of Berkeley – late 50s/early 60s white dude who shops at Berkeley Bowl or Rainbow Grocery, listens to world music and Pacifica Radio and watches PBS – he’s balding on the top and sides, but grows the hair long and pulls it back in a straggly graying ponytail].

@SanFranLefty: I don’t think I have mentioned, I am letting my hair grow, since summer. I thought I would give long hair a try, call it midlife crisis number 5, the least expensive one so far.

I have very thick hair, very thick, even if it is all white. I am having problems with the in-between stage, my hair is so thick and wavy, its not going to behave until its on my shoulders.

I am not happy with certain things I forgot about long hair; it takes more shampoo, and more time, to wash, its actually hot, and it takes a lot more messing with.

@Promnight: Aveda has a great line for wavy and curly hair called “Be Curly.” Love this stuff!

@SanFranLefty: There’s some sort of neurosis middle aged (and older) rock stars have about their long hair. It makes me want to put guys like that in a room with Metallica for an intervention.

@SanFranLefty: The Skype deal made no sense. ‘Hey, Skype me and we can talk about the broken turntable and left galosh I am trying to sell!” The thing would be toast without PayPal.

@nojo:
about the walking. omg, you should try walking two at once. I always wish for a sled.
but the funny thing is about the walking and another example of the luck of this dog – I have accepted that this dog is some kind of spirit guide and deal with him as one – right after the accident, his rear end was still shaved, I had to go to LA to work for a few months. I had to live in an apt in Sherman Oaks which meant I had to actually walk him on a leash instead of letting him walk himself like in the pic when I have a yard.
the result of that was that I was able to MAKE him use the leg. if left to his own devices he would have hopped on three legs, he can easily out run me on three legs, and never have gotten used to using the leg. but I would make him walk slowly enough that he had to use all four legs which is what the vet said was responsible for his almost total recovery.

which may seem a bit obsessive but a lot of people, friends and online friends, were following his sort of amazing story. youtube was the easiest way.

i’m still on neil young.
what was even worse than the hair was the eyebrows!
and you have perfectly described ratbastards new do…the PBS ponytail.
when i’m in a charitable mood, i arrange the hair over the pony tie to cover his shiny head sticking out. his god? jerry g. he and mr. SFL would get on famously.

my ratbastard husband is tirelessly looking for a baby borzoi. this is the first time in 30 years that i am dogless. Sad.
but my kittehs have settled down and are also clamoring for a dog.
soon, i’ll be myself again. a house is not a home without a dog.

@baked:
dogless is a sad state. are you up on Dex?

we have the same hair. i just fell in love with bed head’s “foxy curls”
purple tube for shampoo, purple bottle for leave in conditioner.
Foxy! not Frizzy!

@baked: Bed Head can’t touch this silliness on my head. So far, Be Curly is the only thing that has worked. It costs a small fortune, so I only use it when I give a shit. Otherwise, I let it go all “Free Angela!”

So, you survived the visit?

also– i never walked Sergio, my borzoi…he walked me.
i still cry every day, he was my heart and soul, a child, a best friend.
i think i’m ready now, sergio would want me to be happy.

i survived! we had a terrific time. at eighty, neocon daddy is still full of piss and vinegar, and we kept politics mostly out of things. he’s finally mellowing a little and smartening up a little.

a little: so dad, does this mean you’re not a republican anymore?
dad: of course i am, do you think i’m stupid?

who makes be curley? i’ll look for it.

@baked: Add Mr Cyn to the Jerry G is god club. Making things worse: they have the same birthday, so guess the theme for every year’s birthday party.
@Capt Howdy: @baked: No Season 4 spoilers, please!! Netflix doesn’t have the DVDs yet, and I don’t have cable.

@baked: Aveda. Good stuff, but you have to have super-thick hair for it, or the products will weigh it down and your hair will look yuk.

@SanFranLefty, Prommie: This boy’s hair goes down to the waist in back, still all black. Most of the time I wear it up in a chongo, which is the formal way we wear long hair. Looks cool.

@TJ/ Jamie Sommers /TJ: Have you seen Metallica bass player Robert Trujillo’s hair? Dude just lets it rock. Kirk grew his back after cutting it in the “Load” era c. 1996, although it’s thinning a little, as is drummer Lars Ulrich’s. Jamez lets it go a little long, and has this greying Amish/Assyrian beard sometimes. Looks somewhat like Brett Farve, was also addicted to painkillers for a while. Saw Metallica play in October ’08 and they still kick ass even in comparison with younger, screamier bands I’ve seen (i.e, Slipknot, Trivium).

yes! the ponytailed jerry freak, mr.Cyn would be peas in a pod with mr. baked and mr. SFL!!

not to mention RML, who i believe RB has a man crush on, along with anthony bourdain.

@JNOV: Work out some more and I can go as Nathan Explosion from Dethklok for Halloween this year.