I Can See Yemen From My House! 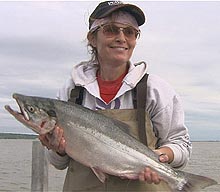 President Obama’s meeting with his top national security advisers does nothing to change the fact that his fundamental approach to terrorism is fatally flawed. We are at war with radical Islamic extremists and treating this threat as a law enforcement issue is dangerous for our nation’s security. That’s what happened in the 1990s and we saw the result on September 11, 2001.

Actually, Shrub saw the CIA’s Presidential Daily Brief on August 6, 2001 — “Bin Ladin Determined To Strike in US,” you’ll recall — but since New York City isn’t part of America, he ignored it.

Slow day, so let’s pull another one:

Since you mention it, we learned quite a bit about shoe-bomber Richard Reid, before we locked him up for life in Colorado. And by “we”, we mean the Bush Administration, which tried Reid in civilian court, even though military tribunals were already available.

The real nature of the terrorist threat requires a commander-in-chief, not a constitutional law professor.

For a moment, I had a vision of SarPal dangling an infant over the railing of a hotel balcony.

Particularly love the scare quotes around the word “right”. Given that the right in question is pretty clearly derived from the 5th Amendment, I guess that Caribou Barbie doesn’t actually believe in the constitution…

No more brainwashed, insanely fanatical prisoners of war than the Japanese were treated to nothing less than hot water, hot meals and cigarettes – well, after the Americans had their fill of butchering and incinerating them, pretty much once they figured out they may have to fight off millions of similarly fucked Japanese on the home islands. US military propaganda ministry made one big decision: all their resources would be dedicated to telling the Japanese the confirmable truth about the condition of the war and Japanese forces, in part to make the US more reliable than the Imperial leadership.

Completely confounding the enemy’s perception of the US yielded incredibly valuable intelligence and the cooperation of Japanese POWs who ended up running part of the US leafleting campaigns in the Pacific and home islands, in large part because they expected to be tortured mercilessly and summarily murdered but found the Americans far more dedicated to ending the war and far less bloody minded than their own leadership.

Palin and the neocon cabal can go to the Naval War College and look it the fuck up in the library. Case studies, books, theses, all there. All these fucking people are living in a half-remembered spy novel or a 24 rerun. I’m shocked and ashamed that no one from the military’s scholarly class has stepped and gone after these people for worshiping sadistic, non-functional horrors like torture.

@FlyingChainSaw: Imagonna call you out, Mr Chainsaw. I am sure that the confidence that POWS would be treated fairly by the US encouraged thousands of european fascists to surrender and cooperate, and I am sure that for those Japanese who made it to POW camps, their humane treatment in the camps encouraged cooperation.

But the US Pacific war propaganda was severely racist, unlike our portrayal of our european enemies, the Japanese were depicted as vicious animals, and their fanaticism, and their cruel treatment of US POWs, resulted in US soldiers committing horrendous atrocities. The Japanese soldiers believed that surrender was an ultmate shame, and rarely did so, and the US soldiers were merciless towards them.

The taking of trophies, in the form of Japanese body parts, ears, in particular, became an issue in the pacific, and there was even a fad of cutting off the heads of japanese dead, and cleaning the skulls, and sending them home. More soon.

My father fought in the battle of Attu, the last island in the Aluetian chain. There were 2479 Japanese soldiers on that island. When the fighting was over, there were 2451 Japanese killed, and 28 prisoners taken. Thats frightening.

Most people are unaware of that little battle, but Attu was the only US territory occupied by the Japanese, it is so far west, that we used it as a base from which medium bombers could reach Manchuria.

Dad told me many stories about Attu, fog, wind, fog, cold, fog, snow, guys going insane from it. But the funniest stories all involved brewing hooch, they would brew up alcohol from anything that would ferment, raisins, sugar, canned maraschino cherries (dad said they all peed red from that, and thought they had poisoned themselves) and they would steal anything sweet to make hooch.

@Promnight:
You sir are correct. Fought in the most miserable of conditions. With no quarter or mercy given by either side.

HBO has a miniseries early this year based on the WW2 memoirs of Eugene Sledge and Robert Liecke called the Pacific which is the most violent TV ever.

@Promnight: @ManchuCandidate: All absolutely true but not the whole story. I point the episode in the Pacific war history only as an object lesson in how even US command had to engage armed, desperate fanatics as if they were human beings and, in a wartime context, the subsequent positive and enduring results that are part of the history of WWII that is accessible to all these blood-thirsty neocon psychopaths whose imaginations seem to be informed by comic books, bad novels and TV shows.

Sometimes all it took was a bowl of ice cream to make a prisoner talk.

One of the saddest passages in Sledge’s book is when he wanted to collect Japanese ears from the dead like many did in his unit and the unit doctor dissuaded him from doing so. Eugene mentioned later that the doc’s excuses were covering up the fact that he wanted to protect Eugene’s psyche/soul.

Truth is, the neocons are cowards plain and simple. They can’t stomach the idea of rules or some basic human feeling because they’re so afraid of being called out for who they are. I’m not going to pretend that I’m not afraid. I am afraid, but I try (sometimes too hard) not to let my fear of things overwhelm me and cloud my judgment like these relative weaklings have. Just as most if not all homophobes are really deep-in-denial gays, these neocons are really deep-in-denial cowards who are unwilling to stand up for what they supposedly believe in. Peace-o-phobes.

@ManchuCandidate:
an uncle of mine had some of those ears. as a child it creeped me out completely.