Stinque
Home Latest Comments Log in
If it smells, we’re on it.
Stinque
Assholes, they do vex us.
Y'Obama 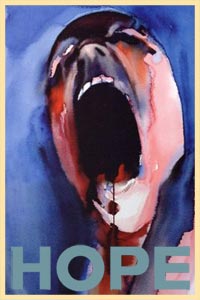 Yet the emerging doubts about Obama among even his most ardent and sensible fans are deeper and more nuanced than that. After 300-plus days in office, the president remains, for many of his supporters, a worryingly indistinct figure. One whose pragmatic sensibility is crystal clear but bedrock convictions are still blurry.

Well, those convictions are only blurry if you keep ignoring items like this:

Even though a Bush-era request to conduct blanket searches of computer files was rebuked by judges, the Obama administration is now pushing to have the decision reversed, according to court documents filed the week of Thanksgiving.

Then again, we’ve had plenty of time to get used to it.

Damn you and your dot-connecting ways! Is that a cheezbuger I see before me? Or ground unicorn?

@Benedick: No credit to me — I was just catching up with the mood of the Below-the-Timestampers that day. One of the items on that list was the Last Straw, if I recall.

If memory serves, that’s also when I dropped “Unicorn” and switched to “Barry”. That Scarfe Scream was my latent idealism dying.

@nojo: Let’s not forget what the alternative was.

@Dodgerblue: I’ll be the first to grant that. But with the Enthusiasm Gap in the news, I think it’s important to note that grievances are (by now) longstanding, and may have unpleasant consequences.

@nojo: Word. And let’s not forget what the alternative is.

Just so I can be a grammar bitch in two languages, it’s actually, “La Morte de la Licorne.”

@Mistress Cynica: As the originator of the label Unicorn, I’m okay with the Frenglish in the caption.

Sometimes I doubt your commitment to Sparkle Motion.

@Original Andrew: Only the Director’s Cut. I prefer my rabbit heads unadulterated.