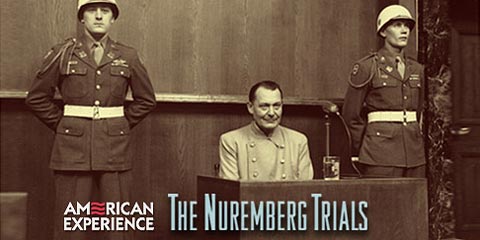 As someone who never recovered from high school civics, we have strong beliefs regarding the right of the accused to a fair trial, including a robust defense, whatever the cost. We consider it an abomination that someone charged with a crime may lack the resources to defend himself against the deep pockets of the state, or may bankrupt himself in the process.

But in Jay Bybee’s case, we’ll make an exception:

Bybee is anticipating legal expenses “well in excess of $500,000” in connection to the torture memos, according to a letter from the U.S. Judicial Conference ethics committee posted on the fund’s Web site.

Bybee and Dick Cheney’s other minions conducted sustained treason against the United States, and the Constitution they swore to protect. Bankrupt the bastards. Bankrupt the lot of them. It’s the least we can do.

OK, I have a question. Why is it that politicians, pundits, anchortypes, etc always use the phrase ‘the American people’? As in ‘the American people do not want big-government death-panels.’ Why not just ‘Americans’? Why not say ‘Americans don’t like paying taxes they just want the benefits.’ It’s puzzling.

@Benedick:
well that simple. americans could include canadians or god forbid mexicans or other brown people.
whereas “the american people” is clearly “US”

But listen, everyone knows they’re not Americans and that Canada is not part of America. It’s an island to the north where they play hockey and say oot. I actually just bought an update for a GPS device which was labeled ‘North America’ but did not include Canada. They got an earful from me aboot that, eh.

dear lord, we are deeply grateful for the white castles we are about to recieve:

Preheat oven to 350 degrees.
In a large saute pan, heat butter until foamy. Add onions and celery and cook until tender but still slightly crisp. Add mushrooms and some salt. Cook until mushrooms are brown and liquid is gone.
Add sage, paprika and nutmeg to the pan and cook until spices are fragrant.
Pour the mixture into a bowl and add diced White Castles; toss together. Put the stuffing in a baking dish and drizzle chicken stock over. Toss again and season to taste.
Bake for 20 minutes, uncovered, until the top is brown and crispy.
Jill and Chris Barron

@Benedick:
meh
I made that up

Well, there are black and white, liberal and conservative “americans,” but only the white christian conservatives are “people.” We the people, also, as well, and patriots.

@Prommie: “we the People” kinda thing? You think? It’s so deliberately used it must mean something. Maybe if noje ever stops watching Star Trek he can explain it.

@Capt Howdy: I never ate a White Castle anything. Did I miss anything?

@Benedick:
perhaps I should not admit this in polite company but I love white castles.
I even buy the frozen ones in the supermarket.

they are especially good when really drunk

@Benedick: The people are revolting, I think. But yeah, “we the people” is a popular right wingnut cheer.

@Capt Howdy: How small must a serving of that be for it to contain only 162 calories?

@mellbell:
the size of a white castle Im guessin

@Capt Howdy: It’s somewhat reassuring to see that a slyder has only 140 calories.

It is a ball of meat that has been soaked in grease and heated, on a bun. You get the same effect injecting Crisco into ground round.