Stinque
Home Latest Comments Log in
If it smells, we’re on it.
Stinque
Assholes, they do vex us.
Lie Back and Think of England

What You Mean We, Sock Puppet? 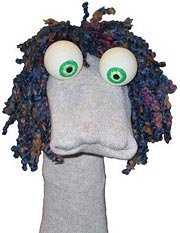 Coming to Mr. Hoffman’s defense, former House Majority Leader Dick Armey, R-Texas, who accompanied the candidate on a campaign swing, dismissed regional concerns as “parochial” issues that would not determine the outcome of the election.

“The fact of the matter is, he didn’t pay enough attention to the local concerns, and they were able to tag him as being unaware of the local needs and concerns,” Armey said.

Lesson: If you’re gonna whore yourself to Teabaggers, get the money up front.

What a pathetic Dick.

Clearly I’m not the only one that snickers every time he hears the name “Dick Armey”. Sounds like the name of an extremely militant gay-rights organization… :)

@al2o3cr:
or a republican organization