Stinque
Home Latest Comments Log in
If it smells, we’re on it.
Stinque
Assholes, they do vex us.
Duck and Cover 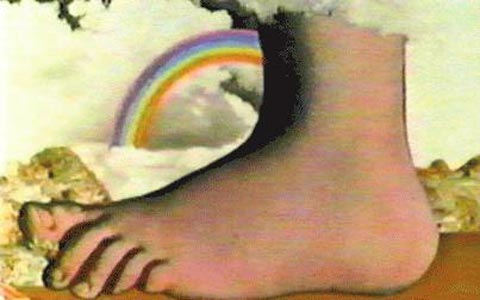 Orly Taitz doubled down, as they say in politics. So Judge Clay Land took her bet — and doubled the fine:

After a full review of the sanctionable conduct, counsel’s conduct leading up to that conduct, and counsel’s response to the Court’s show cause order, the Court finds that a monetary penalty of $20,000.00 shall be imposed upon counsel Orly Taitz as punishment for her misconduct, as a deterrent to prevent future misconduct, and to protect the integrity of the Court.

Judge Land, who called Orly’s action “breathtaking in its arrogance” and said it “borders on delusional,” was also kind enough to provide more ammo for the ethics complaint with the California State Bar:

Orly has thirty days to pay up, or the fine goes to the U.S. Attorney for collection.

Judge Land, who called Orly’s actions “breathtaking in its arrogance” and said it “borders on delusional,”

The same way that Hannibal Lecter borders on not being a nice fellah.

(p.s. sorry about the simu-post, NOJO. Guess we hit “publish” at about the same time.)

@Serolf Divad: No problem — I’d rather have the Marx Brothers at the top anyway.

It’s nice to occasionally see the nutbags get the correct response.

Hopefully this will return Orly back to her day job as a Cavity Creep.

@ManchuCandidate: I wouldn’t let that woman’s hands within a mile of my pearly whites.

In an attempt to prove my theory that there is a Slavic Irrationality Disorder, I consulted the various statements drug Milosevic made at the Hague before his shuffled off. Nope, Orly is in a class all by herself.

@SanFranLefty: Heh. I’m trying to choose a dental plan here and decided to pay the extra cabbage for the “non-Orly option”.

Obama can now openly say that birthers “appear to be delusional,” because a federal judge has so found.

Waited all day to say this: