The Gawker Guide to Mourning 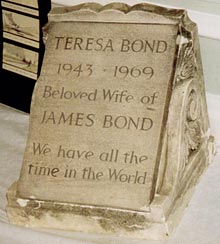 “The last time Olbermann took a sudden, unexplained absence from the show, it turned out to have been a hissy-fit work stoppage after Rachel Maddow booked Ben Affleck… After CityFile reported on the flap, Olbermann blamed the absence on his mother’s death, which had occurred two weeks prior.”

I have no clue what this means. I feel like the foreign kid who talks funny.

@Benedick: I’m pretty sure I do know what this means, and I’m surrounded by people with funny accents. Coincidence?

it seems to be a joke of which Olberman is the butt. so Im down with it.

we were talking about the crisis in education the other day. those clever Koreans show us the solution.

@Benedick: Oh good, thought it was just me.

@Capt Howdy: Perhaps if they can’t pass the test they have to watch the movie?

What else is new?

ADD: Okay, that sounded a little mean. Just teasing you, Limey. You know how deep my affection for you runs.

Are you a horror fan, my man? AWESOME. Me too.

I am THE horror fan.
counting the minutes until I can see Paranormal Activity

@Tommmcatt is hunkered down in the trenches: You made me cry. I hope you’re happy.

I was really extremely impressed by Hostel. Or at any rate, what I saw of it from behind the sofa. And let’s not forget the Broadway version of Singin’ in the Rain. It took me weeks to get over that.