Stinque
Home Latest Comments Log in
If it smells, we’re on it.
Stinque
Assholes, they do vex us.
The Great Beyond 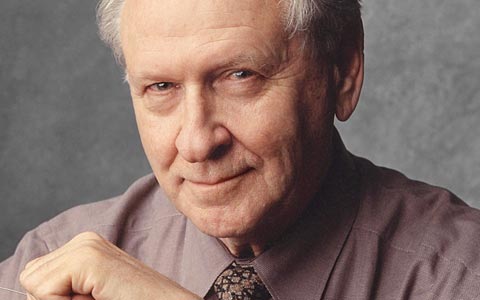 He didn’t do as much damage as, say, Irving Kristol, but he did his share.

@blogenfreude: Safire makes an interesting case: Folks who hated his opinions, loved his language columns. Unlike George Will, who’s a cut-and-dried bastard, whatever he says about baseball.

Can you think of one column, even one, that you remember as making you anything other than mildly annoyed and bored?

The guy was the exemplar of the word “Meh”.

@Tommmcatt is hunkered down in the trenches: Have things settled down at the Mouse House?

I didn’t mind his political columns, they just wanted to make me piss on him. But I loathed his writing about language. The man had a tin ear and the understanding of a rubber macintosh.

@Tommmcatt is hunkered down in the trenches: News?

Watertiger points out a typo — “euphamism”

A from-the-start supporter of the war in Iraq, Safire was declaring that one of Bush’s main rationales for the invasion–a supposed operational relationship between Al Qaeda and Hussein’s regime–was solid. In doing so, he was taking on all those who have challenged or questioned this Bush claim–a long list that even includes the Republican and Democratic leaders of the House intelligence committee who last September concluded that the prewar intelligence did not contain information to support the charge that Hussein had been in league with bin Laden.

What did Safire base his case-closed pronouncement upon? A New York Times story that had appeared a day earlier. Written by reporter Dexter Filkins (in Baghdad) and also based on reporting done by Douglas Jehl (in Washington), the front-pager revealed that the Kurds had intercepted a courier for Ansar al-Islam, a fundamentalist terrorist group that had been based in northern Iraq. The messenger, Hassan Ghul, had on him a CD-ROM that contained a seventeen-page document that appeared to be a letter from the head of Ansar al-Islam, Abu Musab al-Zarqawi, to Al Qaeda requesting assistance. Ansar al-Islam wanted to start an Iraqi civil war by attacking Shi’ite Muslims, and Zarqawi was hoping Al Qaeda would help him.

A-ha, exclaimed Safire, here was the proof that Safire himself was correct when he wrote on September 24, 2001–“not two weeks after 9/11”–that Hussein was linked to Al Qaeda through Ansar al-Islam. And he praised the work of the reporters involved. But Safire was molding facts more than he was marshaling them.

The actual New York Times story Safire relied upon said that the letter was not evidence of a link between al Qaeda and Ansar al-Islam. Filkins’ dispatch noted that if the document was authentic, it would “constitute the strongest evidence to date of contacts between extremists in Iraq and Al Qaeda. But it does not speak to the debate about whether there was a Qaeda presence in Iraq during the Saddam Hussein era, nor is there any mention [in the request for help] of a collaboration with Hussein loyalists.”

Safire ignored this important qualifier. In his column, he referred to Ansar al-Islam as an “Qaeda affiliate” and approvingly quoted George W. Bush describing Zarqawi before the war as an “Al Qaeda leader.” But Safire did not mention that when CIA chief George Tenet testified before the Senate intelligence committee in February 2003, Tenet said that while the CIA believed Ansar al-Islam had received funding from Al Qaeda, Zarqawi considered himself and his network “quite independent” of Al Qaeda. Receiving money from Al Qaeda might qualify Ansar al-Islam as an “affiliate,” but according to Tenet’s testimony Zarqawi was no “Al Qaeda leader.”

In his column, Safire was making a triple-play argument–from bin Laden to Zarqawi to Hussein–to claim that there had been an Al Qaeda-Iraq partnership. And he pointed to a remark that Secretary of State Colin Powell made during his February 5, 2003, presentation to the U.N. Security Council: “Iraq today harbors a deadly terrorist network headed by Abu Musab al-Zarqawi, an associate and collaborator of Osama bin Laden.” But Powell and the Bush administration has not been able to show that Hussein was firmly linked to Ansar al-Islam. After all, the group operated in the northern territory, where Baghdad had limited control. Moreover, in January, when Powell was asked whether there was evidence linking Hussein and Al Qaeda, he replied, “There is not–you know, I have not seen smoking-gun concrete evidence about the connection, but I think the possibility of such connections did exist and it was prudent to consider them at the time that we did.” In other words, the administration had nothing to prove there was an Al Qaeda-Iraq alliance (with or without Ansar al-Islam in between). For some reason, Safire did not share this information with his readers.

So Safire ignored what his paper’s own reporters reported, and he juggled a highly selective set of factoids to make a rather serious charge: Ansar al-Islam equals Al Qaeda. He also ridiculed as “simply silly” the notion that strong evidence was necessary to make this case, deriding those skeptics who would demand that “the Ansar boss in Iraq must be found carrying an official Qaeda membership card signed by bin Laden.”

But the last laugh (of derision) was on Safire. According to whom? The New York Times. Ten days after Safire’s “smoking-gun” column, a page-one story by Douglas Jehl (the same Jehl whom Safire had hailed), reported that Ansar al-Islam “appears to be operating mostly apart from Al Qaeda, senior American officials say.” Whoops.

@Benedick: Thank you so much, I HAAAATED his language columns. “Tin ear?” No, moron. It was worst when he ventured into basicall guessing, and not well-informed guesses, at the etymology of what he often thought were new terms and usages. He once devoted a whole column to fantasizing about the origin of the expression “off the grid.” Many words about the grid system of surveying used in the US, some other equally wrong theories, he could have just asked someone who was conscious, it means “off the electrical grid.”

Another was the use of the word “not” as an ironic denial of what one has just asserted as true. Oy vey, he thought it was recent, went through inches with his stupid theory. It is in fact an Irish usage, I found what may be the first printed use of it in a famous old story, one of the most well known humorous stories, in the tradition of Twain, from the later 1800s, I think the name was “Pigs is Pigs,” about a rail station manager trying to charge the rate for swine for a guinea pig.

One of the worst things about republican presidents is that they all seem to bequeath to journalism an ex-speechwriter who is always a pompous middlebrow wannabee intellectual who, well, isn’t. Safire is gone, now the most obvious example is Peggington Nooninghamshire, I do love the way Wonketter skewers her constantly. I am sure you all can name others more readily than I.

I was far from a fan of his punditry, his language articles ranged from warm to cold…but he was a great book lover and collector…and that is what I will remember him for:

“Thanks to the Rare Book Division of the Library of Congress, I have soft hands and a fairly complete head of hair. Let me explain. I like to find and fix up old, beat-up, dried-out leather-bound books. Long ago, when I worked in the White House, I came over here to find out the secret of the Library’s leather preservative. Without hesitation, they gave me their secret formula–60% pure anhydrous lanolin, 40% neatsfoot oil–and told me how to combine the two in a double boiler. Every few months I mix up a batch, and rub it into needy leather books.”

Hey, dickface, it seems that all the nattering nabobs of negativity were fucking right. Both times. So, you need to sit down and shut up.

Oh, you have? Permanently? Well then, rest in fucking peace.

@Promnight: In total agreement. Etymology is such a fascinating subject and he could turn it into the most boring, preachy waste of column inches around.

Having fun watching the Pink Martini studio session on kcrw – http://www.kcrw.com/music/programs/mb/mb090918pink_martini
– Ari Shapiro, the NPR justice reporter joins in for a song and does a rather nice job. Such a great group.

@RomeGirl: My favorite bit of Safire trivia is, and will always remain, “In Event of Moon Disaster.”

I remember enjoying his language stuff when I live in NYC in the 80s and still read the NYTimes.

@mellbell: He could turn a good pompous middlebrow phrase, thats for sure. I love that about a part of the moon always murrican, an old rift on the “A part of France always blah blah.”

From now on whenever I fuck something up, I am going to tell everyone that “Fate has ordained that my venture fail.”

I’m fascinated that nobody has fretted about dishonoring the dead in this case. Which, of course, is as it should be. Murricans are such wusses about obits.

@mellbell: I love it. I love trivia like that. And I love that he included in the memo to call the widows. Surely, Safire was not in charge of thinking of that, I hope.

@Prommie: From the poem 1914 by Rupert Brooke: “If I should die, think only this of me: / That there’s some corner of a foreign field /That is for ever England.”
Don’t even mention that hack Safire in the same breath as one of my beloved WWI poets.

@Mistress Cynica: Have you read The Great War and Modern Memory, by Paul Fussel? Its a literary history of the war. Focuses on the poets, and the great prose writers, you know, ever since I read it, I have been looking for Goodbye to All That, and have never looked hard enough, Ima gonna go look for it on the kindle soon.

@Promnight: Fussell is a must-have for all WWI nuts. Goodbye to All That is excellent–download immediately. Another autobiography that I recommend highly is Vera Brittain’s “Testament of Youth,” for the perspective of a woman who served as a nurse and lost just about every male friend and relative she had. She was an ardent peace activist for the rest of her life. And in fiction, there is Pat Barker’s remarkable “Regeneration” trilogy. The poets Siegfried Sassoon and Wilfrid Owen are major characters. BBC/Oxford have a fantastic Owen archive online.