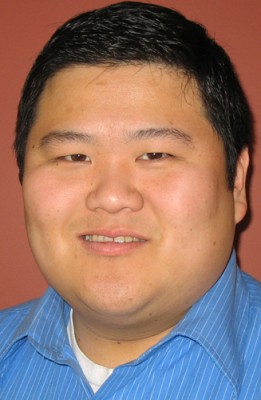 Fuckwitted Republitard Uberfuhrer William Coder Got Busted Before He Pestorked a Lancaster Hooker - Sucks to Be Him. Ha. Haha. Hahahahahaha. Will Jesus Save Him From Going to Jail and Shit?

Not all of the Republican leadership in Pennsylvania are busy stealing from the dead. Some are allegedly cruising the streets trying to bribe crack whores into pestorking them, like William Coder, executive director of the county Republican Committee in Lancaster, PA.

The cops stuffed this Son O’ Caliguard into the bag on Thursday, while he was allegedly cruising the streets of Lancaster, PA apparently trying to score a pestorkorama with one or more of the ladies of the evening who loiter near the fetid hellhole around Penn Square in this lawless burgh.

Coder, attempting an imitation of a carbon-based life form with a conscience, tendered his resignation as the GOP county party uberfuhrer on Friday, according to the local rag. Coder told the local paper, doubtless eliciting fits of gasping laughter, that he maintained his alleged innocence and was simply in the “wrong place at the wrong time.”

Why is anyone supposed to believe shit like that? Because Coder is not only a local GOP uberfuhrer, he is a Jesufascist and, of course, they have historically proven incapable of cheating on their wives. Exactly. Ha. Haha. Hahahahahahahahahahahahah. You see, Coder is a graduate of the Lancaster Bible College.

Coder allegedly has a degree in Bible and pastoral ministry but, if he does, he clearly misread the part about Jesus and Mary Magdelene. The part about Jesus giving her “the good news” had nothing to do with paying her. No, it was the ancient Christian way of saying “pestorking up a storm.”

The Pennsylvania GOP leadership is in deep trouble, clearly unable to break out of embarrassingly small time scandals. One Pennsylvania GOP mayor recently was bagged for stealing from burial accounts of his own funeral home’s client families.  Now comes Coder allegedly trying to pay for sex. With adult women. Boring.

What say you, Stinquers? Should we take up a collection to send the Pennsylvania GOP a case of Crisco, some wetsuits and a pride of hypersexed circus animals?

I’d bet that Coder’s mom was Korean, not that it matters here.

Primer for those folks who want to figure out where us Asiatics are from.

For Koreans, it’s in the cheekbones, eyes and shoulders. We tend to have the widest, narrowest and wider among Asians. As for me? Well, I’m an exception to the rule. Not because I’m special or anything, but my cheekbones aren’t that prominent (hence my head looks oval not round.) And I’ve been mistaken for Chinese and/or Japanese even by my fellow Koreans. When in doubt, check the shoulders. If they’re rather broad then odds are good they’re Korean.

@ManchuCandidate: Did not know that about shoulders. The other give-away is that Koreans are usually extremely good-looking. I think of Koreans as being the Limeys of Asia. This douchebag seems to be the exception that proves the rule.

@ManchuCandidate: What’s up with the Koreans and Korean-Americans being in to born again Christianity (and wack-a-doodle Moony)? Any theories? I’ve always found it interesting that it seems to be much more a Korean thing than any other Asian country or diaspora.

@SanFranLefty:
My take is this:

Koreans have always had a strong shamanistic undercurrent from long ago ages before Jeebus showed up on the shores to show the Korean peoples the errors of their ways. This shaman undercurrent basically said that if you follow “me” faithfully then you will be rewarded with riches and gifts and women (hey, Korean culture was/is extremely paternalistic and women didn’t count back then.) When Jeebus showed up, the whole Protestant “early to bed, early to rise makes a man healthy, wealthy and wise” ethic appealed to the hard working Korean peasant, but it didn’t take root till the 1960s when Uncle Sam made Korea richer thanks to the Vietnam War. Suddenly, it was cool to be an Xtian because they got rich. Throw in a Korean inferiority complex and being the short guy in a white man’s world, many Koreans wanted to out Christian the mostly white Christians.

My dad is still in denial thinking that Koreans aren’t religious fanatics. And I’ve gone to Korean Church, but feared getting zapped by lightning as I’m a rare bird, an atheist of Korean descent (just like dad, but not like mom.)

First question I’m usually asked by a North American Korean
“What church do you belong to?”

When I say, none. I get the feeling they’re making the sign of the cross and trying to ward me off as if I’m Korean Dracula.

Some say we’re the England of Asia. Thanks to the religoids, I sometimes wonder if we’re more the “South” of Asia.

It’s probably why Moonie has a strong foot hold here. Only flaw in his lojik about him being the 2nd Coming of Jeebus? Korea, China, India and Japan weren’t ever mentioned in the Aramaic Shepard’s bible. If the bible is 100% pure and true, we shouldn’t even exist. Consider that the Art of War by Sun Tzu was written even before the bible (4200 BC somewheres) I have some issue with old Moonie.

There are hookers in Lancaster PA? Man, that must be the proverbial bottom of the barrel.

@Dodgerblue: Is it wrong that I picture them in Amish bonnets? Thought so.

oh, how much i’ve missed you!!
just reading the headline, my first thought was, “amish hookers?”

i’m busy running my ass off in preparation for leaving israel in FIVE DAYS!!!!!
no time to shoot my mouth off here right now, i have so many people on my list to harass before i leave….
my 3 passports are a fraud…i live in stin*ueville.
MUAHHHH !!!

@Dodgerblue: Lancaster used to have the most breweries per capita in the east. And there is a fantastic club that gets great tours, I saw Mike Watt and Dinosaur Jr. there on the same bill, months ago.

@Mistress Cynica: *snicker* What’s wrong is those of us who picture them in nothing else but….

Let me just say that these kinds of shenanigans have a remarkable way of not showing up in my local fishwrap, despite the fact that it is the paper “of record” for politics in central Pennsyltucky. Today was about half a pound of bullshit about JoePa’s squad and a list of the school districts “concerned” about Hopey’s Sermon on Socialism next week. Fortunately our SD is not doing anything but the right thing. If they were to, I’d storm in there with Crisco on my steel-toes and a video camera and try mightily to make the same broadcast as that douchenoozle weatherman.